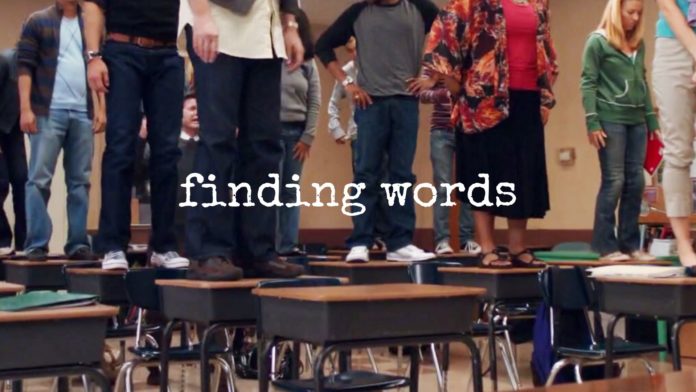 I realized again today that I keep an informal list in my head of movie scenes that help my understand the world. I’m sure I am not alone in that practice. Off the top of my head I can think of scenes from Miss Firecracker, Big Night, Moonstruck, Fast Times at Ridgemont High, The Elephant Man, and Three Amigos, to name a few. Even writing about the list makes me thankful for YouTube.

The scene that came to mind today was from Dead Poets’ Society, a film full of great memories for me.

The students are all back in their normal seats and Keating leaps
up onto his desk.

KEATING
Why do I stand up here? Anybody?

KEATING
No!
Keating rings the bell on his desk with his foot

KEATING
Thank you for playing, Mr. Dalton. I
stand upon my desk to remind yourself
that we must constantly look at things
in a different way.

Keating glances around the classroom from atop the desk.

KEATING
You see, the world looks very different
from up here. You don’t believe me? Come
see for yourself. Come on. Come on!

I thought about Keating and the boys standing on the desk because my view of the world was altered by a book that I learned about through a conversation with my friend Sid: The Dictionary of Obscure Sorrows by John Koenig.

(Pauses to give people time to order it.)

The title alone is enough to give me things to think about for several weeks. I was in the middle of an afternoon where I was canning the six pounds of jalapeños I picked this week from our church’s Kinship Garden, as we have come to call it–thirteen pint jars filled with peppery goodness to come back to when the garden is asleep. As the peppers were boiling in the canner, I opened the book to see what it was like. I quickly realized I was holding a gift before I finished the introduction. These are among the words that swept me up.

This is not a book about sadness–at least, not in the modern sense of the word. The word sadness originally meant “fullness,” from the same Latin root, satis, that also gave us sated and satisfaction. Not so long ago, to be sad meant you were filled to the brim with some intensity of experience. It wasn’t just a malfunction in the joy machine. It was a state of awareness–setting the focus to infinity and taking it all in, joy and grief at once. When we speak of sadness these days, most of the time what we really mean is despair, which is literally defined as the absence of hope. But true sadness is actually the opposite, an exuberant upwelling that reminds you how fleeting and mysterious and open-ended life can be. . . . And if you are lucky enough to feel sad, well, savor it while it lasts–if only because it means that you care about something in this world enough to let it under your skin. (xii)

The paragraph put me on top of my desk, gave me a view of the world I had not seen, akin to Robin Wall Kimmerer’s description of growing old as enrichment rather than deterioration that I wrote about a couple of weeks ago. From the vantage point of sadness as taking it all in, I could see the courage of sadness, as well as the hope and meaning. Life is not either-or. We don’t live being either happy or sad, good or bad; at least I don’t find that very much of existence breaks into those kind of binaries.

What I saw in Keonig’s words–and what I am still turning over in my mind–is that sadness is not the opposite of joy but can see a wider continuum of emotions and exerpience that include joy but go beyond it. To be sad is to be filled up with life, so much so that it hurts.

Perhaps this would be a good time to say that the book really is a dictionary. It is a dictionary of words for emotions, except that these words have not existed until now. Let me also say, for those of you who remember, what he is doing is way beyond Sniglets. Koenig quotes Wittengenstein:

But then Koenig goes on to say,

Words will never do us justice. But we have to try anyway. Luckily, the palette of language is infinitely expandable. (xi)

I’m going to have to stand on his desk for a while with that idea. I have always thought I had new words to learn, but I don’t think I had considered that part of the task–or the hope–of being human is making up words to describe who we are and why we are here.

Madeleine L’Engle observed that vocabularies decrease during wartime. But Koenig is not talking about war, he is talking about sadness–sorrows–as something that fills us up, perhaps sometimes overwhelming us. I think about Johann Hari’s understanding of depression as overwhelming grief or sadness, and it makes consider that one way of looking at depression might be that I am simply overcome by the fulness of existence, crushed under the weight of it all. That helps me somehow.

As I sit and stare at the computer screen, faces are going through my head like the parade of boys getting up on the desk in the movie clip, people I love who live in the fulness of life, stuffed with sadness for a variety of reasons, people who know somehow that joy and sorrow are traveling companions. I have no idea if any of them know the etymology of sadness, but they know well what I am just now seeing, or perhaps I’m better to say what I am just now finding words for.

I am working on an idea for a retreat/workshop/whatever someone wants to do that I am calling Mixing Metaphors. Each of us has primary metaphors that we live by, whether we can articulate them or not. I would like to spend the day with folks looking at those metaphors and then talking about how we expand our vocabulary to create possibilities. I’ve been working on the idea for a good while, but haven’t spoken about it much. The new perspective of trying to make a living by writing and speaking has made me think more. Reading the first pages of my new dictionary has made me think I am may be on to something.

Who knows. Maybe I’ll even have people stand on the desk.