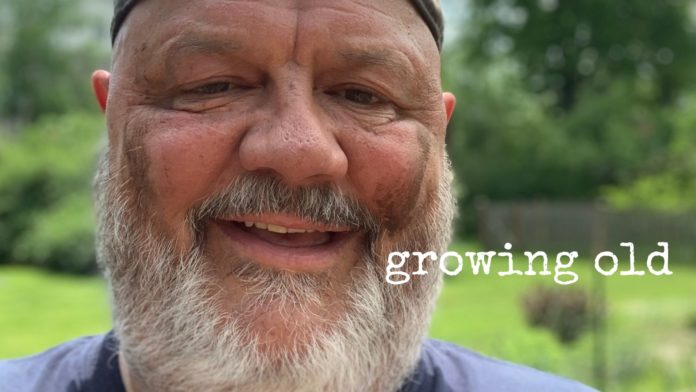 I have been working my way through Robin Wall Kimmerer’s Braiding Sweetgrass: Indigenous Wisdom, Scientific Knowledge, and the Teachings of Plants for several weeks now, moving slowly on purpose because it feels like I need to let each chapter take root before I love on. It feels like the rhythm of my reading is keeping time with the rhythm of her writing.

In one chapter, she talks about a pond on her land that had been taken over by algae such that it was not a place her daughters could play, so she decided to clear the algae and restore the pond. She describes the issue this way:

Like many an old farm pond, mine was the victim of eutrophication, the natural process of nutrient enrichment that comers with age. Generations of algae and lily pads and fallen leaves and autumn’s apples falling into the pond built up the sediments, layering the once clean gravel at the bottom in a sheet of muck. All the nutrients fueled the growth of new plants, which fueled the growth of more new plants, in an accelerating cycle. This is the way for many ponds–the bottom generally fills in until the pond becomes a marsh and maybe someday a meadow and then a forest. Ponds grow old, and though I will too, I like the ecological idea of aging as progressive enrichment, rather than progressive loss. (86)

My etymological dictionary says the root of the word old means “to grow, nourish.” Whether you’re a pond or a person, to age is to be enriched rather than to be diminished. In both cases, the point of the enrichment is not to stay the same, but to grow and change. Perhaps that is why we say we grow old.

Many languages make a distinction between old vs. young and old vs. new. English is not one of those languages, which may explain why we struggle with aging. New and young are seen as the pinnacles of culture and consumerism. Old things are passed away. But Kimmerer’s pond tells us that is not how life–in the largest sense of that word–works. Life is growth: birth and death and rebirth, feeding and sharing and changing.

I love the way she talks about the way in which many ponds age to become a marsh and then a meadow and then a forest. I had never thought about enrichment as transformation in such terms. To grow old is not simply to become an antique version of ourselves but to mature into a more complex being. The pond of my childhood has become a forest of a life. Then again, perhaps the metaphor works better when it is less individual. In the same way that a forest is not a collection of singular trees but a diverse being of many trees who belong to one another, growing old means growing together.

As rich as the metaphor is, it does not hold much sway in the way we as Americans think about aging. Too often, the reality is more along the lines of John Prine’s “Hello in There.”

you know that old trees just grow stronger
and old rivers grow wilder every day
old people just grow lonesome
waiting for someone to say, “Hello in there, hello”

It strikes me that Kimmerer never draws an analogy between the pond and a person. She says, “Ponds grow old, and though I will too, I like the ecological idea of aging as progressive enrichment. . . .” It may be self-congratulatory to think I am a pond in the metaphor. Perhaps, I am a nutrient, or one of the plants fed by the flow of minerals into the mud.

The choice I have is how I want to grow. I can grow lonesome, or I can grow into connectedness.

Ginger had a meeting today with a ninety-five year old parishioner who wanted to talk about what to do with the rest of his life. Norman Lear wrote an opinion essay for the New York Times yesterday to mark his one hundredth birthday and spoke of his “next century.” Last weekend, Joni Mitchell sang her first full set in twenty years at the Newport Folk Festival.

The forest is already well-established. None of us is the first tree to grow or the first pond to age. All of us are made of mud–the sacred, soggy stardust made to grow older and richer. John Lennon may not have had all of that in mind when he wrote “Grow Old with Me,” but his words add their own enrichment: