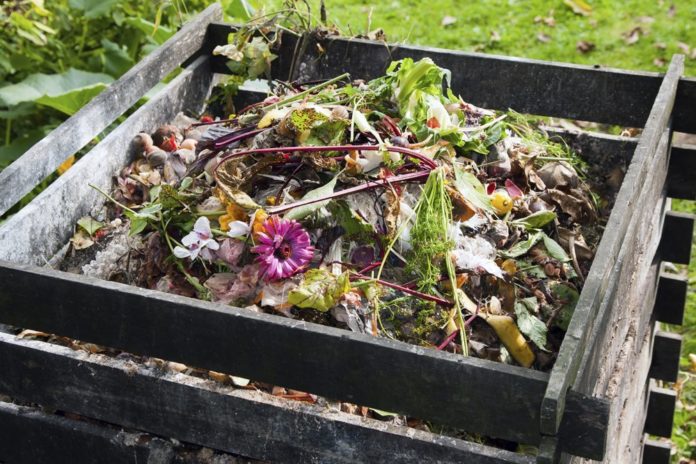 I guess it is safe to say that my making soup for the carolers before they go out to sing on the Second Sunday of Advent is a tradition, since I have now done it for three Advents. I had recipes for two of the soups I made: Pumpkin Corn Chowder and Uncle Milty’s Guinness and Chocolate Chili (though this recipe needs to be updated). I made a third soup because I had stuff I needed to use up: a head of cabbage and the left over breakfast sausage links from Breakfast with Santa on Saturday morning. I shredded the cabbage, cut up the sausage, added some diced potatoes, garlic, and seasonings and ended up with a tasty Cabbage and Sausage Soup.

I love seeing what I can do with leftovers.

Cooking teaches you how to deal with what’s left. When I roast a chicken or a turkey, I save the bones; I also save celery and carrot scraps, as well as corn cobs. When I get enough to fill my big soup pot and I have a day at home, I make stock to use for soups I haven’t thought up yet. (You may notice that onions aren’t on my list. Ginger is allergic to them, so I have had to learn other places to find flavor.) The other way I use the scraps takes a longer look: I compost them. Even in winter.

We have two big compost bins in the church communal garden and I am diligent in saving vegetable scraps, egg shells, and coffee grounds to “feed the garden,” as my mother-in-law likes to say. I keep a plastic bucket on the kitchen counter where we collect what might be thought of as garbage but will become fuel for future food. Occasionally, some of what gets composted is something that was not used in time and began to spoil. I find relief in knowing I can do more with it than throw it away. We may not have eaten it, as I intended when I bought or picked it, but it still makes a contribution.

I have had composting on my mind because of another chapter in David Whyte’s book, Consolations. The word today was ambition. Much of what he had to say contrasted ambition and vocation. One of the things he said was,

No matter the self-conceited importance of our labors, we are all compost for worlds we cannot yet imagine.

A more poetic way, perhaps, to say we are worm food.

Since Galileo, humanity has continued to struggle, on many levels, with the reality that we are not the center of the universe. We are wonderfully and uniquely created in the image (imagination?) of God and we are appropriately insignificant. We are called to grow while we are here and we are destined to be compost for the growth that will come in seasons after us.

But temporal, or even temporary, and meaningless are not synonyms.

We may not live forever, but we are called to invest in these days. To actively participate. To live intentionally. To live like it matters that we are here, which is not the same as being famous, or even being widely remembered. Listen to Whyte again.

A vocation always includes the specific, heart-rendering way we will fail at our attempt to live fully. A true vocation always metamorphoses both ambition and failure into compassion and understanding for others.

Make no mistake. Whyte is not offering a romantic idea about failure. Tom, who is my gardening buddy from church, and I talk a great deal about how many things have to die for new things to grow. Regardless of the season, something is dying in our garden, which makes the soil and the relationships between the dirt and the nutrients and the plants and organisms all richer for the sacrifice. To say ambition and failure become compassion rephrases Jesus saying we must lose our lives to find them.

Blessed are the compost, for they feed the world with compassion.

Almost twenty-five years ago, I bought a record called The Sting of the Honeybee by Diane Zeigler. (I am happy to say you can still find it on iTunes.) I bought it because she covered James Taylor’s song “Millworker.” But one of the last tracks is the one that has burned itself into me. It is called “You Will Get Your Due.” Listen through the link at the bottom of the page while you read the words.

The song used to give me hope because I thought it meant that one day I would finally get really noticed for my song lyrics or my writing. That is not what the song means to me now. I have gotten more than my due in many ways, based on the love I know and have known and the chance to sit down at night and write. But beyond that, I am compost for life and growth I cannot even see. I am–no, we are vital members of God’s imaginative work. Not leftovers or spoiled things, but created and creative compost.

Blessed are the compost.