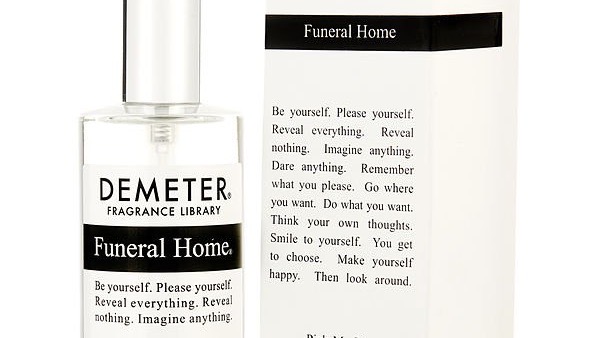 The way the story unfolds in John’s gospel, I think the disciples got increasingly nervous every time Jesus went to Jerusalem because each trip seemed to up the ante, as far as those in power were concerned. As long as he stayed in Galilee, the crowds didn’t matter so much. But when he came to Jerusalem he was right in the face of those intent on control and oppression. They couldn’t ignore him. It also appears that most all of them were beginning to realize that things were escalating, as far as the official response to Jesus’ words and actions. I mean, he had always talked about dying, but it began to feel more real. In John 11, the chapter just before our passage for today, Jesus gets word that his friend Lazarus had died and decides to go to Bethany, which is walking distance from Jerusalem, and Thomas says to the other disciples, “Let us also go, that we may die with him.”

Death was in the air.

As I mentioned, Jesus had been in Bethany–at this same house that belonged to his friends Mary, Martha, and Lazarus–because Lazarus had died. Actually, the sisters sent word that their brother was sick, but by the time Jesus go there he had already been buried. When Jesus asked them to open the tomb, they were quick to say, “He’s been in there four days; he is going to stink!” (This is one of the places I still love the King James Version: “He stinketh!”) But Jesus was undaunted. He called Lazarus by name and Lazarus walked out of the tomb, still wrapped in the cloth they used to cover bodies.

The incident created publicity, which set the authorities on edge, so Jesus and the disciples left town for a while (we don’t know how long), but the next thing it says in the gospel is that it was time for Passover, so they returned to Bethany so they were close to all that was going on in Jerusalem. This time Mary, Martha, and Lazarus hosted a dinner for him and the disciples. Based on this and other stories, their house must have been known as a place of hospitality because they seemed to always have a crowd gathered there.

We might even assume the last time a crowd was there was when Jesus called Lazarus back to life. Several commentators I read this week noted that if Lazarus had been in the tomb for four days he would have already started to decompose and there is nothing in the story that alludes to Jesus healing those scars, so he would have looked like he had been, well, to hell and back.

As I said, death was in the air.

In the middle of it all, Mary came in with a big clay jar of perfume, broke it open, and washed Jesus’ feet in it. The Roman measure used means she poured about twelve ounces of perfume on his feet. To say the smell went everywhere would be an understatement. It brings to mind the lesson I had to learn as a teenager about how much cologne it took to make me smell good. And then she let her hair down and used it like a towel to wipe his feet, which means that she probably carried that aroma for several days after this happened.

My guess is the room got quiet as people caught wind of the perfume and began to realize what was happening. Then Judas critiqued the whole scene by saying she would have done better to spend the money feeding poor people than pouring a Costco-sized bottle of perfume on Jesus’ feet, and Jesus responds by saying, “You always have the poor with you, but you do not always have me.”

In the next verse, John moves on to people gathering palms to wave at Jesus as he entered Jerusalem. He doesn’t wrap up the story or tell us what anyone else said, he just moves on.

On the surface, Jesus’ words sound almost callous, as though he is saying, “You can help poor people any day you want,” but there’s more going on here. Those gathered would have been familiar with Deuteronomy 15, which talks about the year of jubilee when all debts were forgiven–every seven years. God said, “Since there will never cease to be some in need on the earth, I therefore command you, ‘Open your hand to the poor and needy neighbor in your land.’”

Jesus was saying the two expressions of compassion were not mutually exclusive. Generosity is not an either-or proposition, but a pervasive way of life. Extravagance is God’s calling card. What Mary did resonated with the three hundred bottles of wine Jesus made from water for the wedding, or the parable the four hundred cups of flour that were transformed by the yeast that Jesus told to illustrate the extravagance of God’s presence, or the prodigal love of the father we saw in last week’s parable of the two lost sons.

Mary got it. The proper way might have been to wash Jesus’ feet and then put a light rub of perfume on them afterwards, but she poured it all over him and her. Evidence of her compassion ran across the floor and got on everyone’s sandals. The aroma filled everyone’s nostrils. She had prepared herself to respond to the moment when she saw the chance.

To celebrate her eighty-fifth birthday this year, Rachel, my mother-in-law, decided to put together bags to hand out to those experiencing homelessness. As she and Ginger planned what to do, they thought about more than handing out a bottle of water or a snack. They really thought about things people need. They got some large Ziplock bags and filled them with granola bars and other healthy snacks, but also a wash cloth, a pair of socks, toothbrush and toothpaste, and a bottle of Gatorade.

Thursday, I was coming out of the Big Y parking lot and a man was standing at the traffic light holding a cardboard sign. Because of Rachel’s preparation and compassion, I had something to offer him. I was ready for the moment.

What Judas was talking about was hypothetical: “Well you know what you could have done . . .” To follow his logic means that neither Jesus nor the poor people around them would have been taken care of.

One other things strikes me in this story. Our passage this morning was the first twelve verses of John 12. The first twelve verses of chapter 13 are John’s account of Jesus’ last night with his disciples before his execution. Instead of the last supper, John says that Jesus got up from the table, much like Mary had done a few nights before, wrapped a towel around his waist, and washed the feet of his disciples–even Judas; and then he asked, “Do you know what I have done to you?”

Mary’s actions did more than just make Jesus cared for, more than foreshadow his death. We have no idea how much Jesus had that last evening planned out, but I wonder if what she did affected how he thought about the ways he would show his love for his followers that last night as, once again, the smell of death was in the air.

We seem to end up here each week, reminding each other that life is temporary and death is sure. At the start of Lent we talked about “practicing resurrection” as our theme for the season, and the reality is resurrection requires death. We can’t have one without the other.

One of the benedictions I have heard often in UCC services is attributed to a French philosopher named Henri-Frédéric Amiel who said, “Life is short. We don’t have much time to gladden the hearts of those who walk this way with us. So, be swift to love and make haste to be kind.” I will admit that I have heard it so many times that it has started to sound more like something on a greeting card rather than a benediction, but Mary’s extravagant generosity gave me fresh ears for those words.

Death is in the air. We don’t have much time. But to be able to respond to the moments where we have a chance to show our love, we must prepare to be generous, to be extravagant, whether we are caring for friends or helping strangers. We will not always have each other. Let’s not miss our chances to love one another. Amen.