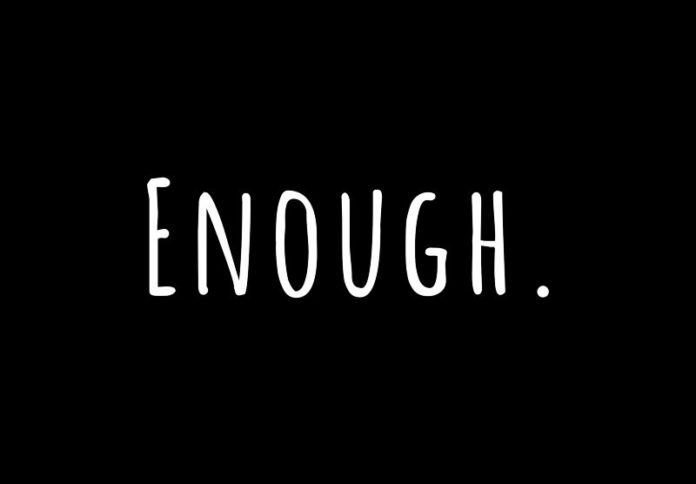 I know I haven’t been here in a while. I’ll explain that another time. For now, I am preaching today at United Churches in Durham, Connecticut and I thought I might as well post my sermon since I have it written as a way to be back in touch. The passage is John 6:1-14: John’s version of Jesus feeding the multitude.

One of the maxims in life that I think holds true is that our answers are often only as good as our questions. The best example I can give you comes from the old Pink Panther movie where Inspector Clousseau is checking into a hotel and sees a small dog sitting next to the desk.

“Does your dog bite?” he asks.
“No,” says the clerk. So, Clousseau reaches down to pet the dog who growls and bites him.
“I thought you said your dog did not bite,” Clousseau exclaims.
The clerk drolly replies, “It’s not my dog.”

Our answers are only as good as our questions.

In John’s version of what we have come to call the Feeding of the Five Thousand, an astoundingly large mass of folks has followed Jesus, hoping to hear him speak and see him heal people. They had not gathered for some planned event. As best we can tell, as we fill in the blanks with our sacred imagination, they had not come expecting to be fed. They wanted to hear Jesus. But as he looked out on the crowd it sparked a question that he aimed at Phillip.

“Where can we buy some bread for these people to eat?”

Another minister I know made an interesting observation that has stuck with me. She pointed out that Jesus was rarely the host when it came to hospitality. He hosted the meal on the night before his death and he cooked breakfast for Peter and the others the morning after his Resurrection. Other than that, his idea of hospitality was to go to others, to let them welcome him into their world. It is a powerful observation about how real inclusion involves figuring out how to meet the other person on their terms, not ours. And, after reading this story again this week, I think she missed one of the meals that Jesus hosted: the one right here. He wasn’t cooking, but the whole scene unfolds because Jesus asks where they can buy bread to feed everyone. The crowd had followed him quite a distance, but they had no expectation of being fed. They weren’t calling out for food. They wanted to hear him speak. They had heard about the healing he had done of both body and spirit. But Jesus knew a hungry crowd when he saw one, and so he asked Philip a question.

“Where can we buy some bread for these people to eat?”

Phillip answered quite concretely, “We don’t have enough money to give everyone a cracker, much less a meal.” He had no imagination beyond the futility of how much it would cost.

Even though Jesus was talking the Phillip, the conversation was in earshot of the other disciples. Andrew, who it seems had paid more attention to who was in the crowd, mentioned that he had seen a small boy with a lunch of five barley loaves and two fish, but then he added, “But what good is that for so many people?”

Our answers are only as good as our questions. Andrew asked a good question, though he had no idea what was coming next.

His question gave Jesus an opportunity to move beyond Phillip’s declaration of scarcity. What good is a little boy’s lunch in the middle of a hungry crowd? Jesus’ answer, by his actions, was that it was enough. Jesus knew they didn’t have money to buy bread for everyone, but the little boy who was willing to share what he had opened the door for a miracle.

The whole thing swung on the kid. John doesn’t describe the interaction with the boy, or tell us if he was with his family, or even how he and Andrew came to know each other. We can assume that Andrew didn’t just take the kid’s lunch like a playground bully. The boy must have offered it. He was willing to believe his little lunch could feed more than just himself.

Jesus took the lunch and blessed it, handed it to the disciples who began to distribute it, and everyone ate, and they ended up with leftovers, all because of the faith of a little child who trusted that there would be enough.

As one who used to work as a chef, I have to smile at how John makes the meal sound so easily done: they took the little lunch, passed it out to more than five thousand people, and everyone was happy. I worked for years as a professional chef and one of my jobs was running a wedding hall that held three hundred people. It took an incredible amount of planning and coordination to get dinner on the table. I don’t even know how to begin to think about over five thousand.

When any of the gospel writers often talk about “the crowd,” they do so as though it was some kind of cohesive unit, but let’s think about that for a minute. Over five thousand people had gathered on the hillside to listen to Jesus. As one who has a hearing disability, one of the first things I question is how the folks in the back even heard what he said without any amplification. If you think about when you have been in a large crowd, you know it does not move as a unit. Things start in one place and ripple out, like the wave in a packed stadium. When Jesus said, “Make the people sit down,” I picture the ones in front responding to the disciples’ request and the instructions rippling back until everyone was seated. If the disciples were the only ones serving the meal, it would have taken hours to distribute the food; the passage actually says that Jesus was the one who fed everybody and the disciples just collected the leftovers—which makes me think, perhaps, a big part of the miracle was in the way “the crowd” began to see one another as people: they had to share and cooperate so everyone could eat.

Remember Jesus’ question: Where can we buy bread for these people to eat?

Remember also that John said Jesus knew what he was going to do when he asked the question. Maybe so. Jesus knew he was going to feed everyone with what he had, and when Andrew pointed out the little boy with the loaves and fish, Jesus had all he needed: one person—one child–who was willing to share what they had.

Let me give you a personal example of why that matters.

I am going to have to have knee replacement surgery in the fall. I had my right knee done a little over two years ago; this is the second step on my way to becoming the Bionic Man. This week, I had conversations with two different people that centered around my surgery. Both were sympathetic. Both offered to help, but in different ways. One said, “After your surgery, if you need me to go to the grocery store or to pick food up for you somewhere, I would be happy to do it.” The other said, “Let me know how I can help.”

Both meant well, but it was the first one who made the difference for me because they were specific. They had taken time to think about me, about my surgery, about what they could offer and then they said, “Here’s what I have.” They knew I am the cook at home. They knew I am the one who does the shopping. They offered specifically to do what I will not be able to do, without making me come up with what I needed from them.

Trying to think of how we can save the world is a lot like Philip asking how they could afford to feed the crowd: it’s overwhelming and incapacitating. We can’t meet the needs of the world. But if we think about how we can share what we have with specific people, if we tune our hearts to see the needs in front of our faces, then we can make a difference in their lives and ours. We can all be fed, both literally and figuratively, because we have enough. We just have to be willing to share with one another. Amen.