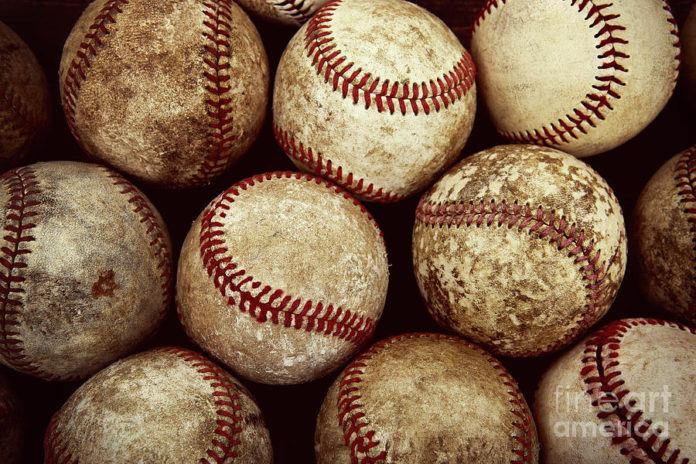 If I had the chance to go back and rewrite Keeping the Feast: Metaphors for the Meal, I would do a better job of explaining why a chapter on baseball belongs in the book. For tonight–Maundy Thursday and Opening Day (even though it got rained out)–I pulled some of what I wrote in the chapter as food for the journey.

I love sports as a fan, not an athlete, and I am a particular fan. I love baseball most of all because it is the sport most full of stories, the sport where the fans matter most, the sport that is about making errors and coming home. In a piece James Carroll wrote in the Boston Globe called “Baseball Communion,” he said:

The game means nothing, but while it’s on, the game means everything. The game belongs to the players on the field, but their performance is insignificant unless beheld. Thus watching becomes, intermittently, the most intense of human acts. Famously a mere pastime, what lifts baseball out of the realm of triviality is the meaning the fans attribute to it. A ballpark’s grandstands, therefore, matter as much as the lined field. The broadcast, too, becomes absolute, as entire populations pull up chairs.

I read his words and I think of the great cloud of witnesses in Hebrews 12:1. Baseball is a great metaphor for how God would organize the world because failure is essential to both.

I can better explain my attachment to failure, perhaps, by saying I am a lifelong fan of the Boston Red Sox. I was born in Texas, grew up in Africa, and have always pulled for the Sox, even when all I knew of them were the games we could get late at night on Armed Forces Radio. The Red Sox are my team. In 1967, I was in sixth grade and living in America for only the third year of my entire life. My parents were on leave from the mission field and we lived in Fort Worth where I walked each day to Hubbard Heights Elementary School, which was my first experience beyond kindergarten in an American school. Both my brother and I marveled at the kids in our class who had lived in the same house their entire lives. We were outsiders. As I tried to find my way into American life that fall, the Red Sox made an amazing late season run and won the pennant on the last day of the season. In those days when television didn’t control the sports schedule and there were afternoon games, even in the World Series. As I prepared to leave for school one morning, my dad said, “Would you like for me to write a note so you can come home and watch the Sox play this afternoon?” That moment defined my father in my mind. In later years, when I felt alienated from my family, his question reminded me I could not write him off. I don’t remember what I said other than yes. I do remember walking home right after lunch and sitting on the couch with him as the Sox came back from being down to force a seventh game and raise our hopes they would win their first championship in fifty years, only to lose the game, break my heart, and made me a fan forever.

Jesus spent a good deal of time talking about losing our lives, our pride, our place in line. He did little to climb the ladder to any sort of social or economic standing, choosing instead to surround himself with those who were accustomed with not being Number One. We share the Communion meal following his command to remember his death, which Frederick Buechner described as the “magnificent defeat,” or, in parlance of my high school students, “epic fail.” We come to the table to remember the failure, both his and ours, and to forgive and feed one another. This is how God organizes the world.

For ten of the years we were in New England, we lived in an 1850 row house in the downtown neighborhood of Charlestown. Both the house and the neighborhood had survived a myriad of changes, but since the house was built two things had remained the same: it was always located on a dead end, one way street and it faced a park, which was deeded as a “mother’s rest.” The house had neither a front yard nor air conditioning, which meant sitting at the open kitchen window was basically sitting on the sidewalk. One summer morning, I was sitting there drinking my coffee with my friend Billy when a boy about seven or eight entered the park carrying a baseball bat. He had the whole place to himself. After wandering around a bit, he did what countless other boys had done. He picked up the bat, stepped up to an imaginary plate in a crowded imaginary ball park (Fenway, I assumed), and prepared to face whomever was pitching that particular afternoon. I looked up from my place in the stands in time to hear him swing and say, “Strike one.” He stepped back, dusted off his tennis shoes, and stepped back into the batter’s box. Another swing. “Strike two.” This time we put down our coffee cups and became part of the scene, imagining it was the bottom of the ninth and everything was riding on the next pitch. We knew the script. He was going to hit it out of the park. We prepared to celebrate, even though he didn’t know we were watching. He leaned in and slowly tilted the end of the bat back and forth above his head. Then the pitch. “Strike three,” he said, and dropped the bat. His bat. His game. His pitcher. His imagination. And he struck out. Billy and I were both dumbfounded and, somehow, we understood. Failure is an organizing principle of our existence. . . .

Baseball marks time in ways other sports do not because it is fundamentally about two things: making errors and coming home. When we come to the Communion Table, we remember Jesus’ death, which Frederick Buechner called “the magnificent defeat,” and we offer one another fellowship and forgiveness. . . .

To know God knows what failure feels like strengthens my faith because I’m reminded that what lies beyond failure is love rather than success. We are always going to strike out more times than we hit it out of the yard, therefore we need each other to tell the stories and remember we are not alone. James Carroll says, “The game affirms the normalcy of physical communication with another — and with many others. That communion, we understand from an early age, is what we live for.” Therefore, we step up to the plate, if you will, to break the bread and share the cup remembering how God organizes the world: Jesus’ magnificent defeat, our own spectacular failures, and the grace that saves us all. 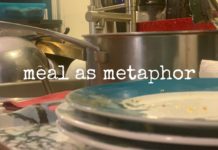