We’ve had a run of beautiful early spring days that have lifted all of our spirits and made us think winter was gone, at least for this year.

I’m sitting in my office watching the flying saucer sized snowflakes swirl around, taunting the Schnauzers and me: there will be no walk to the beach today. Even though the ground has warmed enough to refuse the snow a place to stick, the flakes still fall with force, still hold their power. This year is like the others; it will be May before spring comes for sure.

Even before the snow, today had an ominous tone to me.

I woke up with a sense of gloom, unable to get enough light. I went through the house flipping every switch; turning on every lamp, hoping their collective illumination would be sufficient. It’s not. The darkness I feel is within as much as it is without. I’m standing, once again, on the precipice of depression. This time it caught me by surprise.

I’ve been fortunate over the last three or four months. I have not had a major depressive episode, which is unusual for the winter months. January has been among the cruelest to me over the past five years, but not this year. I have enjoyed remembering what it felt like bask in the light for an extended period rather than chase is before it disappears. On the heels of such a great day yesterday, I was not expecting a trap door this morning. Whether this is an anomaly, like the snow, or the beginning of a free fall is still unknown. Now is the time I have to use all the tools I have learned to chase away the darkness as much as I can. Sometimes they work, sometimes they don’t. I’m both hopeful and wary in the same moment.

What makes me most apprehensive on days like this is I’m being dogged by A Depression for No Apparent Reason. Nothing is wrong, nothing has changed profoundly, nothing is hounding me and I feel depressed. What ever makes the chemical tumblers turn in my body is wreaking havoc and about all I can do is take my Celexa, write, be glad I’m spending the afternoon and evening in the kitchen, which has remained a depression-free zone, and hope that my body will run out of whatever is doing the damage, or replenish whatever it is missing. (I never was good at chemistry; I don’t even know how to imagine what is going on inside me.)

Instead of science, I run to poetry. I don’t need equations as much as metaphor. I need a vocabulary that gives expression rather than explanation. In a wonderful book called Poems to Live By In Uncertain Times, I found this poem by Robert Bly:

Think in ways you’ve never thought before
If the phone rings, think of it as carrying a message
Larger than anything you’ve heard,
Vaster than a hundred lines of Yeats.

Think that someone may bring a bear to your door,
Maybe wounded and deranged; or think that a moose
Has risen out of the lake, and he’s carrying on his antlers
A child of your own whom you’ve never seen.

When someone knocks on the door, think that he’s about
To give you something large; tell you you’re forgiven,
Or that it’s not necessary to work all the time, or that it’s
Been decided that if you lie down no one will die.

Thinking about a bear showing up at the door helps me. I’ve been a bear fan for a long time; our house if full of them: stuffed ones, ceramic ones, cast ones, and carved ones. As I write each day, I have three that stare at me. One is seated with his arms around a hollow log, which serves as a penholder. One looks as if she is dancing, standing on one leg, balanced on a log, with the other leg and arms extended in joyful expression. She holds the coiled cords I need for my computer. The third stands, hands on hips and head slightly cocked, eyes sparkling, and mouth open as if any moment he will speak to me.

Looking around the room, I can count seventeen other bears (three of them Poohs), ten Spongebobs, one elephant, one Tigger, one Opus, one hippo, and one Velveteen Rabbit – all of them Keepers of Things That Matter.

I got an email note from an old friend yesterday in which he told me of a dream he had. Here’s how he described it:

In my dream, I took a trip to New Orleans. There was a vibrant but dilapidated street market scene on the outskirts of town somewhere, and a guide, a 30-something, large black woman who’d lived there all her life and had a sort of Caribbean vibe. The guide then took me and the group I was with on a tram of some sort toward the skyline of downtown New Orleans. The scene cut like a movie edit, and I was then on a horse, heading down the railroad tracks in a tangled, woodsy area, now actually somewhere in New Orleans proper. You were also walking down the tracks. We came to a rusted Quonset hut that had been built over the tracks, where they then turned into a dirt path. One end was wall-less, and the path led inside. We walked in, to the far end/wall, and broke into a two-part harmony, wordless singing that resembled something Turkish or Middle Eastern. The harmonies were strange and dissonant, often resting for many seconds on an odd combination of notes. This singing sort of unlocked the wall, which lifted away. Beyond it was more of the Quonset hut, this section built mostly of chicken wire and with windows that let a misty light through from the overgrown outside. Around the space, many things were hanging from the ceiling. These were all rusted, unrecognizable things salvaged and enshrined here after the hurricane.

Life is not an equation. Whatever my body is doing chemically is not the story of my life, even for today. As the snow falls, the animals huddle close, calling me to hear the strange harmonies that unlock walls, redeem destruction, and echo deep into the darkness. 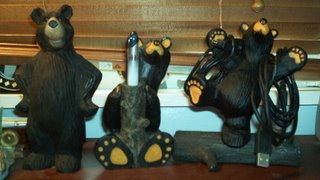