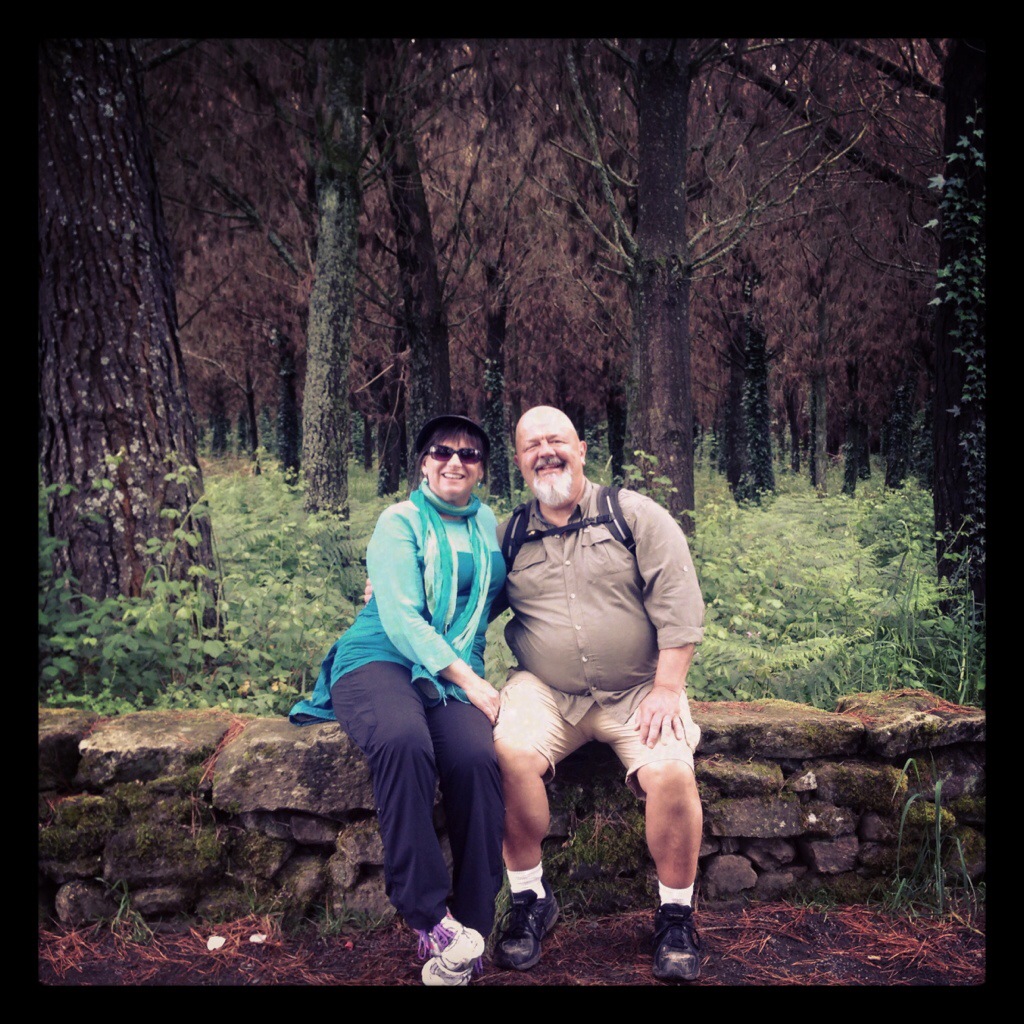 We began our second morning walking down the hill from our hotel in Portamarin to cross the river and continue our trek towards Santiago de Compostela. It was the last time we went downhill for several hours. The rain clouds above us felt more impending than threatening. The cool mist of the morning was made for walking. We were rejuvenated from our night’s rest and ready to walk. We crossed the bridge and began to climb for a little over fourteen kilometers — nearly nine miles. After only a couple, my hips and thighs hurt, burned, cried out. We walked though forests that made it seem we were in the Shire, along paths, both dirt and paved, that hugged the highway, and all the way we were climbing.

One of the most noticeable differences between yesterday and today was the walk was less populated by hamlets and farms and albergues, which are the hostels along the way for pilgrims to find room and board. We couldn’t stop for a coffee or a bathroom break. What we could do was keep climbing. About seven kilometers up the hill, Mike met us with snacks near a bar that had great cafe con leche; we ate and drank and kept moving. After another seven or eight kilometers, we topped the mountain (or rolling hill, as they call it here) and began a bit of a descent. As we did, the sun broke through the clouds and Ginger started singing “Sunshine on my Shoulders.” I joined in on the lines

if I had a day that I could give you
I’d give to you a day just like today
and if I had a song that I could sing for you
I’d sing a song to make you feel this way.

I was surprised by the emotion that sprang from within me. I got choked up. The song has deep roots in me, from learning to play guitar to the love I shared for John Denver music with my friend, David Gentiles. But there was more that I didn’t know how to touch or express. I just sang and walked. As we worked our way down the hill — well, not always down, but in that general direction — we encountered more hamlets and farms and coffee stops and the clouds came back, along with the mist. Our group spread out and Ginger and I walked most of the afternoon together past farms and wildflowers, cows and sheep, storybook forests and stone walls.

“What do you think about as you walk?” she asked.

It was the question that defined the day. I realized I thought a great deal about how much it hurt to walk, and which parts of me were hurting. I could feel my hips and thighs and knees in ways I had not before, not as though they were being injured as much as they were being called to go above and beyond their usual existence. I wondered, too, how long it would take to get beyond the pain to think about something else. I also began to realize I was not thinking about great things; I was not contemplating the meaning of existence, or how I could change the world. I was thinking about how to get to the top of the next hill. I was taken by small things: the lichen on the rocks, the wildflowers, the stacks of stones left by other pilgrims, my feet continuing to go one after the other.

“We are being present,” she said.

“My job is to be present and to think small,” I replied. “That’s not my job back in Durham, but for these days it is.”

It was not long after we turned the corner and found a forest filled with trees telling stories. We sat down on a wall of stacked stones too old to remember their ages to take a picture of ourselves. A fellow pilgrim appeared of the non-English speaking variety and pointed at my phone and at us. He had a winsome smile, a grey beard, black glasses, and a black scarf around his neck. He took the picture, smiled, and said, “It’s good. Buen Camino,” and he was on his way. We sat for awhile and retold what had just happened and then we followed him down the path. It’s not my favorite picture of me, mostly because I am not my favorite size these days. I need to lose weight. The picture is telling the truth. That said, I love the picture because it is present tense: here we are, thinking small — doing our job for these days. 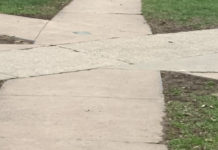