I understand why the disciples couldn’t do it. Think of what they had already been through. First, Judas left after a confrontation with Jesus that made it pretty clear the rest of the evening was not going to be a celebration. Jesus followed by offering bread and wine as both meal and metaphor—and neither were comforting. And he told Peter he was going to epically fail in the face of his biggest challenge. Three times. Then they went out to the Mount of Olives overlooking Jerusalem to pray in the Garden of Gethsemane.

All Jesus asked them to do was stay awake with him while he prayed. The gospels say their eyes “were heavy with sleep.” It wasn’t about being tired. They were overwhelmed. Sleep was a way out.

I started by saying I get it because sleep is my escape. When I have been in the depths of my depression, sleep was a way out from under the weight. In many ways, I feel fortunate. I know others for whom sleep is elusive or punishing. For me, it is a respite. A break—though one that usually takes me over rather than me deciding it’s nap time. When things are more than I can take, I fall asleep when I sit still for a few minutes, which makes it not so hard for me to put myself alongside Peter, James, and John sound asleep among the olive trees.

I am not trying to make excuses for them. I just understand. 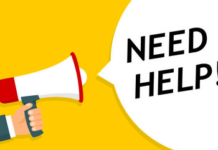