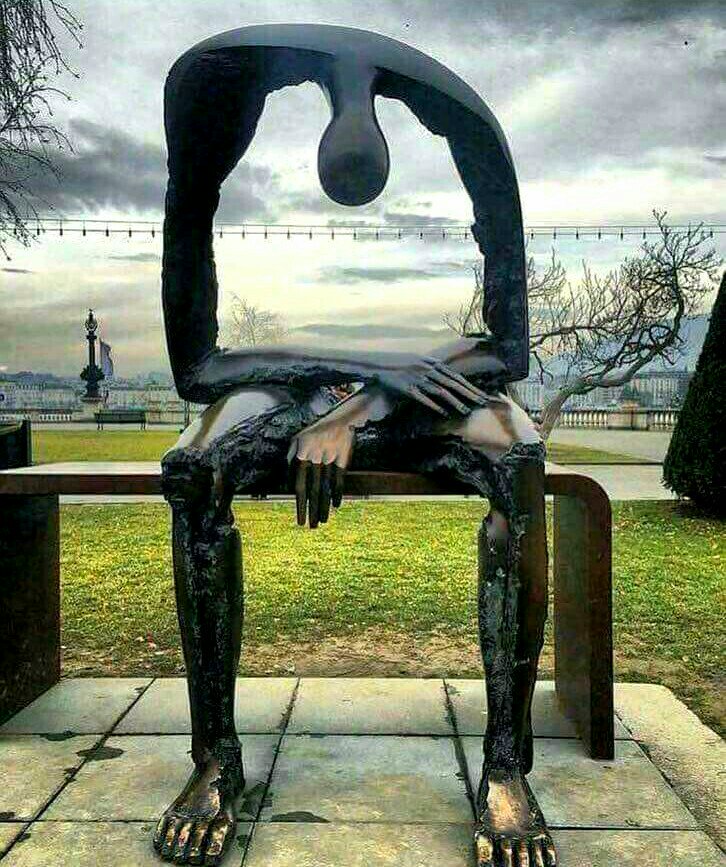 I was looking for a poem to post the other day and found one titled “There, there, grieving.”

I remember a friend whose father died many years before mine recalling a trip to a mall soon after his funeral where she was overwhelmed by the fact that everyone was acting like it was a normal day when her father was dead. It wasn’t normal to her. Normal never happened again.

I understood her story once my father died. My first day back at the Apple Store in Durham I found I couldn’t talk to customers. My manager was compassionate enough to tell one of my co-workers, who was also a friend, to leave the store and sit and talk until I was ready to come back. We were gone over an hour.

The stories came back to mind as I read posts about Notre Dame on Facebook and the corresponding comments and replies that often flared into skirmishes. Some grieved the loss of the cathedral, or what the cathedral stood for. Some grieved that such an outpouring came for Notre Dame—particularly the huge amount of money pledged for rebuilding, but not the churches in St. Landry, or for Puerto Rico, or for the Brazilian museum, or for Flint, Michigan. The emotions ran from anger to compassion, from righteous indignation to self-righteousness, from questioning to indictment.

All of it, it seems it, paints a picture of grief.

That an eight-hundred-and-fifty year-old edifice that has survived wars and revolutions and who knows what else could burn up in a matter of hours feels like an obvious metaphor for the days in which we live, whether we are talking about the state of our government, the impact of climate change, the incendiary nature of public discourse, the weaponization of religion, or the increasing gap between those who have and those who do not. It feels like we are burning down our own house that took millennia to build—except this time we are all stuck inside.

Our grief is about more than Notre Dame, though the cathedral is part of it. One of my friends who is a hospital chaplain and has spent the last year learning about trauma theory says she thinks life for most of us is an unending Holy Saturday. We know more about grief than we do about resurrection.

I think she’s on to something.

Tomorrow begins what I think are the three heaviest days of the Christian calendar. Over the past year, I have read the gospels as grief stories. When you start looking for it, I think it shows up almost everywhere. As we move from Jesus saying goodbye to his friends whom he knew did not see what was coming, to the agony of his torture and sexual assault and execution, to the silence of Saturday that must have carried the gravity of a black hole for the disciples as they despaired and argued and clamored for meaning to . . . well, that will have to wait.

We live in a world consuming itself with grief among other things. We are all hurting. We are all unsure. Many of us are lashing out. Many of us, then, are fighting back. Whatever normal we think we have lost is not going to happen again. Whatever resurrection looks like, it will not be restoration. Things will not go back to the way they were anymore than they did for the disciples.

We are all mourning. We are all children of God, siblings who are all created in the image of God and worthy to be loved. Perhaps offering comfort and waging peace should take the place of correcting one another and exacting judgment.

There, there, grieving. Yes, indeed.