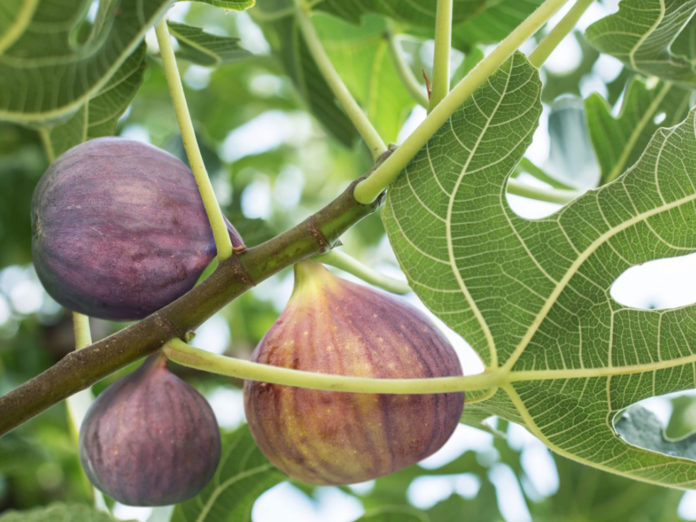 To reference the Mark Knofler song that shows up at the end of this week’s sermon, this has been a week when I felt like the bug rather than the windshield. I’m hanging in there, and I found helpful insights in Jesus’ parable about the fig tree (Luke 13:1-9). Perhaps they will help you, too.

One of the persistent questions that followed Jesus had to do with who was responsible for the bad things that happened. When the disciples saw a man who had been blind from birth, they asked Jesus, “Who sinned that this man should be born blind?” In our passage this morning, people wanted to know what certain Galileans had done that caused great tragedy to befall them.

Jesus responded by asking them if they thought the world really worked that way. Then he said, “Repent,” which is one of those words that doesn’t sit easily on our ears. What it means is to “turn around:” to intentionally change your mind, your actions, your heart.

Though I’m sure if we went around the room most of us would say that we do not think that suffering is some kind of judgment, that notion lives all around us. Do you remember the fundamentalist preachers who said AIDS was God’s judgement on gay people? That’s not just crazy talk, it’s damaging and destructive. We don’t live in a cause-and-effect world when it comes to tragedy and difficulty, or even when it comes to blessing and good fortune.

Maybe our experience of the pandemic is the chance to put that kind of damaging thinking out of our minds for good. COVID is not a result of someone’s sin. Let’s let that ripple out a bit more. People are not poor because they did something wrong and God is punishing them. Suffering is not payback. Bad storms are not indicators of God’s disdain. Being rich doesn’t mean we are Jesus’ favorite.

As I said, the human tendency to want to explain suffering by blaming or shaming someone–usually someone else–comes through in this passage. It’s a hard habit to break. The folks around Jesus were talking about some Galileans who were victims of Pilate’s power. The assumption of the non-Galileans was that those folks must have done something to incur his wrath. Jesus stepped in to say that we don’t make meaning out of suffering by blaming or gossiping. What is worth talking about, rather than who is at fault, is how we can participate in grace, so repent: change your heart.

Then he said, basically, “Face it: you are all going to die just like the Galileans did.”

After that rather startling truth-telling, he told a parable about a fig tree that had not grown any figs for three years. The landowner saw the tree as useless and told the gardener to cut it down. The gardener asked him to let the tree grow for another year and he would tend to it. And that’s where the story ends. We don’t know the landowner’s response or if the tree finally grew figs.

When Ginger and I first moved to New England, I wanted to plant a fig tree, mostly because we had one in our yard in North Carolina and I love figs. I talked to gardeners who either said it a fig tree couldn’t survive the winter or gave me a detailed list of the things I would have to do to help it survive. We had friends in Guilford who lived down by the water and they had one, but the problem was the summer here is so short that the figs never had a chance to ripen. Nevertheless, I planted a fig tree our first spring here and did some of the things people told me to do to help it survive the winter, but it died.

One day, I will, too. And so will all of you. Like Mavis Staples sings, “Death is slow, but death is sure. Allelu, allelu.

Aren’t you glad you came to church today?

What can I say? How about: since life is short, let’s use some of the time we have left to look a little more at the parable. One of the ways to look at a story like this is to imagine ourselves as each of the characters in the story.

Let’s start with the fig tree. It was alive. It was growing. But it wasn’t producing figs. It wasn’t that old of a tree, so perhaps it was still getting settled in. Maybe it had dealt with some sort of disease. My fig tree in North Carolina grew big and had lots of figs and for five summers the squirrels came the night before I was going to pick them and took all the fruit off the branches.

In the parable, the landowner was frustrated that the tree was not bearing fruit. He had expectations and things didn’t turn out like he planned, so he told the gardener to chop the tree down. His perspective is not unwarranted. Sometimes we need to let things die; we need to move on–to clear the ground and plant something else. It is healthy to remember that nothing lasts forever–not even us. We are all going to die. The man had waited three years for the tree to bear figs and it had not. He was ready to dig it up and plant something else.

The gardener said, “Give it one more year.” He said he would tend to the tree–fertilize it, work the soil, take care of it. “Let’s see what happens.” The way the parable unfolds, it doesn’t appear that the gardener is new, so he would have been a part of planting the tree and would have been the one caring for it. While the owner was ready to do away with it, the gardener still had hope.

Jesus ends the story without a resolution. We don’t know what happened a year later. Perhaps the tree was laden with figs. Maybe it died like mine did. We aren’t told if the landowner’s heart was softer a year later, or if he had the day marked on his calendar to show up with his saw. The gardener didn’t offer a cause-and-effect solution or make any promisers of figs. All he knew was the only way the tree had a chance was for someone to care for it. We don’t know what happened. We aren’t told how to feel about the characters in the story or what to do as a result of hearing about them, only to repent, maybe to replant.

Where then, can we find ourselves in the parable?

Maybe you feel like the tree. You feel rooted and you’re doing the best you can, but you are not bearing the fruit you feel expected to bear. You keep doing what you are doing, you keep working to do what you think is right, and life isn’t turning out like you thought.

Maybe you feel like the landowner. You’ve had enough of things not going like you expected, so you’re cutting your losses. Time to shed the things and the people who have let you down. Time to dig things up and plant something else. Life is not working the way it is. It’s time to make drastic changes.

Or maybe you feel like the gardener. Life isn’t what you hoped, but you don’t want to give up. If you keep trying and helping and taking care of those around you, there’s always a chance things will start to grow.

The reality is we are all the characters in the parable, depending on the day or the situation–sort of like the Mark Knofler song that says,

Yup. Someday we’re going to lose it all. The fact that life is short is not anyone’s fault. In fact, the reality that life is temporary is what infuses it with meaning. Rather than look for someone to blame (including ourselves) let us repent—turn in a new direction, change course, trust God. We are not defined or trapped by our circumstances. By the grace of God, life is full of surprises. Grow. Replant. Nurture and hope.

Because anything can happen. Amen.