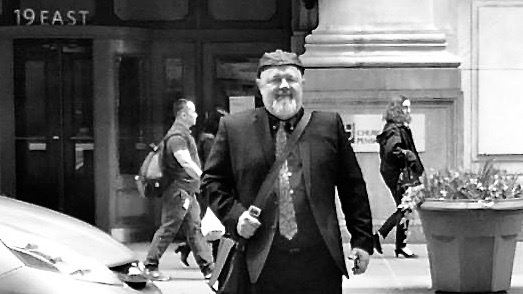 “Choose your losses or lose your choices.”

About this time of the year in 1977 I was called to be the pastor of Pecan Grove Baptist Church, a small rural congregation west of Waco; between Oglesby and Mound, to be more exact. In early May of that year, I was ordained. The church celebrated its centennial soon after I started, and every pastor in their century of existence had been a rookie.

I pastored there for a little over four years. Soon after I started–it may have been after my ordination service–my dad said something that stuck with me in more situations than just church work. He said, “We both know you are not going to stay here the rest of your life, but if you want to have a meaningful ministry, you have to live like you are. Don’t start looking for what’s next. Be here like you are going to stay here.”

As someone who had moved his whole life, the idea of staying anywhere for long felt foreign. I was rootless in ways it would take years for me to understand. Still, I took his words to heart, not only at Pecan Grove, but in my time as a chaplain at Baylor Medical Center, as a teacher at Charlestown High and Winchester as well, in the various kitchens where I worked, and at the two Apple Stores.

Six years ago, when the opportunity came to work as an editor for Church Publishing, I settled in there as well. I felt like I had landed my dream job: playing with words, doing theology, and being an encourager for a living. I have had a chance to work with over fifty different authors, some on multiple books, that have offered the world important words about things that matter. I also got to hang around in midtown Manhattan once a week and go exploring at lunchtime to see what I could find within walking distance of Madison Avenue and E. 34th Street. My niece-in-law said, “It’s a movie job: you’re an editor in New York and you live in Connecticut.”

I started the job the summer before my sixtieth birthday and, as I had done in my other jobs, settled in to stay. I have imagined I would read and encourage well into my seventies, but, this time around, I am not going to get to stay as long as I thought. One June 30, about two weeks shy of my sixth anniversary, I will wrap up my time as an editor that works in New York.

Since I am now sixty-five, the verb that gets applied to my action is retire, but that word means something other than the choice I am making. I wrote a few weeks ago about words I had been offered from a friend that begin this post: “You either choose your losses or you lose your choices.” I am doing the former: choosing not to stay so I can see what might be. 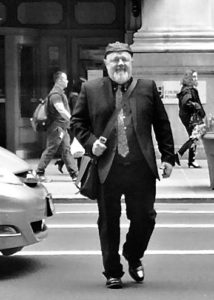 And it is a choice that brings mixed emotions–grief, hope, gratitude, sadness, and even as little anxiety.

The picture is one Ginger took as I was crossing the street after my interview. The publisher told me I had written the best cover letter he had ever read. I was full of hope about a new opportunity. That hope persists.

I have some ideas about what might come next. Writing more certainly tops the list, as well as hoping I can convince people to let me come speak about mixing the metaphors we use to define our lives, and then there’s always hoping I can cook for folks in some form or fashion. But for now, I am going to stay here on the edge of goodbye and make the best of these days and all that they hold.