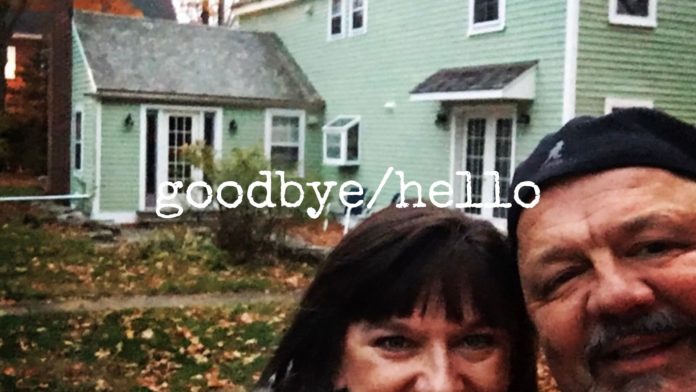 November begins with two anniversaries in our household: on the first day of the month, seven years ago, we said goodbye to Durham, North Carolina, and then on the second we said hello to Guilford, Connecticut, arriving in town on the fiftieth anniversary of the day Ginger and her parents moved into the house where her parents lived for forty-five years when they moved in with us.

Our move to Connecticut has been unusual for me because, as I have come to say, Durham didn’t let go of me. Our friendships there have stayed current. When my mother entered hospice two months after we got to Guilford, she made Ginger and I promise that we would use the money she was leaving us to buy a house because we were living in a parsonage and weren’t building equity, and we bought one in Durham, partly because of the difference in housing prices and also because we love Durham.

Our hello to Guilford has created connections as well. Tonight I went to Confirmation Class because I am a mentor for one of the participating high schoolers. In that first couple of months after we arrived I met her and her family. She was in second grade. We used to talk to each other at coffee hour. I got sick that winter and she made me a card and she and her mother brought it by. Over the years, we kept talking. This summer, she sent me an email asking if I would be her mentor.

Both the goodbye and the hello have had longer stories to tell; like I said, both are a little messy. And rich.

In his book In the Shelter, Pádraig Ó Tuamá tells of an exercise he did with a group of high schoolers, asking them to think of the first sentence of their autobiography. I have borrowed the exercise on a few occasions. I think it is a wonderful question. So far, the sentence I have come up with is,

He was just trying to find his way home.

I suppose one way to think about home is it is somewhere between (among, within) goodbye and hello, maybe along the lines of getting caught between the moon and New York City. You know–the best that you can do is fall in love.