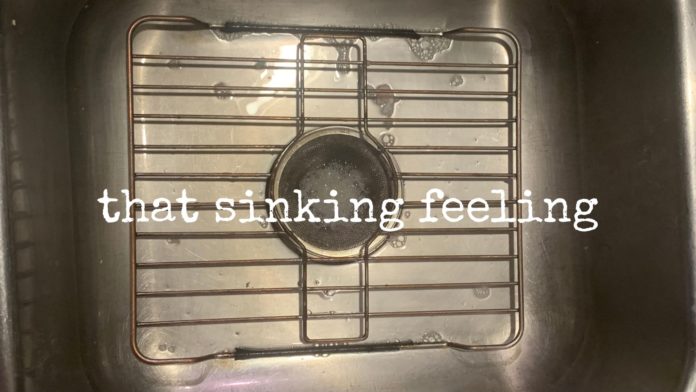 A year or more before my father died my parents decided to sell their house in Waco and move into a new apartment complex intended for people over fifty-five. The move felt impulsive to my brother and me because they had never talked about doing something like that. Even the way Dad told the story–that they had gone to dinner with a couple who had just moved into the place and it felt like the right thing–felt like it happened faster that we could take it in. Nevertheless, they moved beyond the impulse of that evening and went through all the steps to make it happen.

Once my dad had his stroke and then died a few weeks later, the move was a gift. They had already gone through most of their stuff and decided what to do with it. We didn’t have to figure out how to sell a house or move my mother. She was set where she was in a place she could take care of and surrounded by people who knew her. By then, the over-fifty-five thing had not worked for the apartment management, so Mom was surrounded by a combination of older folks and graduate students–and she made friends with all of them.

My dad died August 3, 2013; Mom died January 15, 2016. After her funeral, my task was to pack up her apartment and figure out what we would keep and what we would give away. She had given instructions about most of it, particularly her clothes and the big pieces of furniture, but there were drawers full of little things that we had to figure out. When it came to the kitchen–the room where she and I had made so many memories–I had trouble letting go of almost anything. But I did. I worked hard to take only those things that I could put to use. And I am still using them. Each day, I touch things that remind me of her and what I learned from her.

One of those things is a small mesh strainer that fits over the drain in the sink to catch things that don’t need to go down the drain. I remember finding it as we packed up the apartment. I had never seen or used on before. I stared at the little circle of wire mesh molded to fit the drain and wondered why it had never occurred to me to use one, particularly because most of the places we have lived have not had garbage disposals. I wrapped it up and brought it back to Guilford and slid it into place over the drain, where it has stayed until this morning.

As I stood at the sink filling a water glass, I noticed it was gone. Our friend Jay, who is staying with us for a bit, was the only one awake. I asked if he knew what happened to it. He said he saw it was gone as well, but had not moved it. I went back in the kitchen and looked in the trash can. I searched along the countertop. Nothing. All I could feel was that I had lost a piece of her. One more thing was gone.

I knew no one in the house would have thrown it out on purpose, yet I wanted to wake up Ginger and Rachel and ask, “What did you do with the strainer in the sink?” as though they were a part of some conspiracy. I sat down to journal instead and scribbled down my accusations so even I could see how ludicrous they were.

By the time Ginger woke up, I was beyond blaming and just felt sad. I told her what had happened and why it mattered: “It belonged to Mom,” I said. We didn’t have long to talk because I had a funeral at the church where I am the bridge pastor, so I had to leave to help someone else navigate a grief much fresher than mine. As I left, Ginger said, “We’ll find it.”

At the funeral, I stood beside a brother and a sister–both about my age–as they grieved their father. As the daughter spoke about her dad, she talked in details and small stories. And I thought, again, about the sink strainer.

When I got back to Guilford, I went to the hardware store and bought a new one. “It’s a small thing,” I told myself. “It was never going to last forever. Six and a half years is pretty good.” I walked in the house and went straight to the sink, determined to put my purchase in its place and get on with life.

The strainer was back over the drain. Ginger was out of the house, so I had no idea how it got there, but I felt a wash of relief. I put the new strainer in a drawer for use when its time comes and then just stood over the sink and stared and thought about my mother. No, I stood there and missed her.

When Ginger got home, I was waking up from a nap. The first thing I asked was where she had found it. We have a double sink in our kitchen. The left-hand side holds the dish drainer; the right is where we wash the dishes, and where the strainer stays. The people who help us clean the house had put it on the left-hand side and we had consequently filled up the dish rack. Ginger moved it back in place.

That nothing lasts forever is not a new lesson to learn for me or anyone else. Life is a litany of losses. That is not news. Even as I could feel the wound of my grief being opened this morning when I saw the strainer was missing, I also wondered how life could be so fragile that I could get taken out by a three dollar piece of hardware, and then feel healed by its return.

I know nothing lasts forever. Tonight, I am grateful that little strainer will last a little while longer.