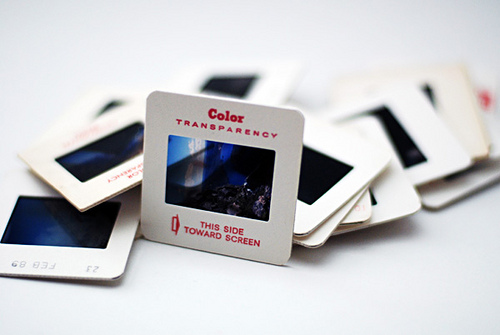 Tonight Ginger and I watched A Beautiful Day in the Neighborhood, which I thought was going to be a biopic of Mister Rogers, but it turned out to be centered more on a journalist who was assigned to interview and profile him for an issue on heroes in Esquire magazine. (The script was “inspired” by this article.) It is a beautiful movie.

At one point in the movie, Mister Rogers says, “Think about all of the people who loved you into being” and all of a sudden I was watching a slide show of heroes in my mind.

Let me click through a few of them–by no means all the slides I have.

John Wendland, my first friend–and my best friend first through fourth grades. He was from Wisconsin and his parents were Lutheran missionaries. He introduced me to Allan Sherman records.

Ms. Reedy, my fourth grade teacher, who read A Wrinkle in Time to us. Her love for words and reading was contagious.

Lazarus and Rebecca Malunga in Lusaka, Zambia. Lazarus was the pastor at Matero Baptist Church, where we attended. Rebecca led the music–and by that I mean she would start singing acapella and the whole congregation would follow. I learned how to sing in that church.

The Folk Group at Nairobi International School, which was a bunch of students who brought their guitars to school and sang during lunch until the music teacher figured out how to make us official. They are the reason I know how to play guitar, can find a harmony part the second time through, and know all the words to “Helplessly Hoping.”

Steve Cloud, my youth minister in tenth grade at University Baptist Church in Fort Worth. He called me Flash and saw someone in me I could not see. One day he said, “Flash, one day Trish and I are going to have a kid and when we do, I hope they turn out exactly like you.” I think I got through the rest of high school on that comment.

Pat McKechnie, a woman at Westbury Baptist Church who treated me as something more than just the pastor’s son. When I would come back to Houston during college, she made a point to ask me questions and encourage me to ask more.

Burt Burleson, my best friend from college and my most enduring friendship. Because of all of my moving around, he was the first friend I knew for ten years and had been close enough to see them all ten years. Our friendship is coming up on forty-five years and he remains a grounding force in my life.

Pecan Grove Baptist Church, outside of Gatesville, Texas–my seminary pastorate. The church celebrated their centennial while I was there and everyone of their pastors had been a rookie. They knew how to help folks get started gracefully. J. T. and Alyene Davidson gave me a place to stay every weekend and fed me well.

Patty Clark, whom I first met when she was a nurse and I was doing a CPE internship at Baylor Medical Center in Dallas in 1981. We bonded first over the shared experience of being in the room with a Pentecostal family when the patriarch died. She moved to Boston about a year after Ginger and I moved there and we continued our friendship in a new location. Though she’s in Michigan now, the story continues.

Leon Grodski de Barrera is the first one who named Milton’s Famous Cookies when they started selling them at Cocoa Cinnamon, the coffee shop that he and Areli Barrera de Grodski started in Durham, North Carolina. He is a friend who helps me dream.

Terry Allebaugh, another Durham friend, who has spent his life working with those experiencing homelessness. He is also the best harmonica player I have ever heard–or played with. Together, we are Oysters on the Half Shell. He stretches my mind and my heart.

Ginger. Any slide show of those who have loved me into being will always end here. We are a little over a month from our thirtieth anniversary and the love I know because of her still surprises me. Amazing.

As I said above, this list is partial. I could spend weeks clicking through the carousels of my life showing pictures of those who have left their finger prints on my heart. But I want you to have time to create a slide show or your own.