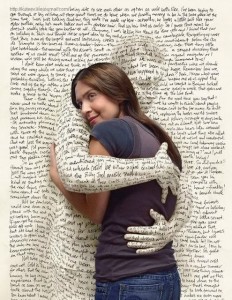 As Christmastide comes to a close, I come offering a collection of thoughts and words that have found their way to me over the past couple of weeks, mostly through my reading.

John begins his gospel saying, “The Word became flesh and dwelt among us.” This year, his words have called me to try and listen more than speak, to see how the Word has inhabited life around me. I have also been thinking about what words I might “make flesh” in this new year. Listen is one of them. The cacophony of voices that make up our social soundscape these days leave very little space for silence, much less sense. The impetus is on being heard, rather than hearing. But if everybody is talking . . . .

One of the good things that happened to me in 2016 was I got to share a meal with Eric Folkerth, a pastor and writer and all around good guy who lives in Dallas. We have been Facebook friends for years, but had never met. He has written a couple of pieces on his blog, When EF Talks, during this season that have been words I needed to hear. In one of them, he quoted a poem by Stephen King and Bridgett Carpenter and used in the television miniseries 11.22.63:

To dance you have to listen to the music, to feel the beat. I suppose it’s up to us to decide whether hear a melody of hope or a dirge, but we have to listen nonetheless. We have to listen for a song we can sing together–at least that is what I heard when I moved from Eric’s words to those of Marilynne Robinson in her challenging book of essays, The Givenness of Things:

If there is anything in the life of any culture or period that gives good grounds for alarm, it is the rise of cultural pessimism, whose major passion is bitter hostility towards many or most of the people within the very culture the pessimists always feel they are intent on rescuing. . . . [I]t is easy to forget that there are always as good grounds for optimism as for pessimism–exactly the same grounds, in fact–that is, because we are human. We still have every potential for good we have ever had, and the same presumptive claim to respect, our own respect and one another’s. . . . To value one another is our greatest safety, and to indulge in fear and contempt is our gravest error. ( 29)

The same idea found its way to me through the words of another Facebook friend, musician Justin McRoberts, whom I got to meet once several years ago:

A thing I’ve learned about life together with others: Circumstance puts us in proximity. Intentionality binds us together. Forgiveness keeps us from falling apart.

And, if you are willing to read just one more quote, I kept this sentence from poet Donald Hall’s Unpacking the Boxes: A Memoir of a Life in Poetry, where he talked about how he approached teaching:

My gifts to my students was not information but demonstration of engagement. (126)

The demonstration of engagement. Isn’t that be another way of saying the Word became flesh? The risk of the Incarnation is not just that God became human, but that God became human the way all humans come into being, through the risk of birth. The Word that became flesh was not information, but a story, an engagement. We sing that “Love Came Down at Christmas,” but that was not all. This year, I am struck by the courage of Christmas. By the demonstration of God’s intentional engagment. What if the innkeeper had not offered the barn? What if Mary had gone into labor on the rocky road to Bethlehem? What if the Magi had chosen to capitulate to Herod, rather than going home by another way?

I want courage to be another word I incarnate in the year to come. Yes. Listen. Courage. Ah–but it’s almost Epiphany; shouldn’t I have three words to offer? And it’s in Justin’s words: forgiveness keeps us from falling apart. 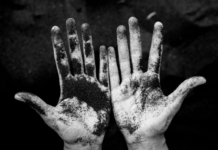