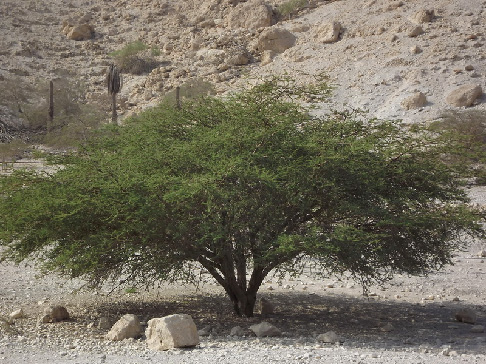 I preached remotely for the good folks as North Madison Congregational Church this week. The passage was I Kings” 19: 4-8–about Elijah falling, exhausted, under the broom tree and the angel offering food and rest. Even though I preached, it was a word I needed to hear.

I don’t know what drives you. I don’t know what makes you worry or keeps you from sleeping at night. I don’t know what causes you to feel restless, or to wish you were somewhere else, or maybe that you were someone else. What is it that undermines your self-confidence and leaves you feeling like you’re not good enough, or that if you don’t keep producing or doing something you will be forgotten or fired? What is it that feeds your fear that you don’t belong, or you aren’t good enough? Maybe it’s a feeling you live with a lot of the time, or one that ambushes you every so often. Whatever it is–whether it is something on the list of things I just reeled off or something I didn’t name–it’s exhausting.

Maybe what is wearing you out isn’t quite so existential. We’re all tired of the life we are having to live thanks to COVID. We have been secluded in our homes, unable to socialize in familiar ways; we have lost friends and family to the virus; we can’t be ourselves together. It’s all exhausting.

In an article in the New York Times last April, journalist Adam Grant described his feelings:

It wasn’t burnout — we still had energy. It wasn’t depression — we didn’t feel hopeless. We just felt somewhat joyless and aimless. It turns out there’s a name for that: languishing.

Languishing is a sense of stagnation and emptiness. It feels as if you’re muddling through your days, looking at your life through a foggy windshield. And it might be the dominant emotion of 2021.

I think he’s on to something.

After almost a year of quarantines and isolation, just when things seemed to be loosening up, we have been beset by news that we aren’t out of the woods by any stretch. What looked like a summer of fun is turning into another season of questions about how long this is going to go on. And in the middle of it all, comes this story about Elijah who was languishing in the desert under a broom tree wishing he were dead. He was too tired to go on because life had not turned out the way he thought it was going to.

And God sent an angel–a messenger who didn’t really have much of a message. They woke Elijah up and offered him a freshly baked cake of bread and a jar of water and said, “Get up and eat, for the journey is too much for you.” Elijah ate and drank and then fell back asleep. The messenger came back the next day and with more cake and water, and Elijah ate and drank again and then, feeling rested and rejuvenated, continued on his journey.

I’ve read several sermons on this passage over the past week and several of them use the story as a sort of template on how to deal with our exhaustion: get away (like Elijah did going into the wilderness), rest, and nourish ourselves. I can see the pattern, and even take something away from those sermons that is helpful, but I am also mindful, as I learned from my friend Kenny who is one of my favorite preachers, that we don’t preach the Bible as if it explains everything; it’s not just information, it’s an event. Elijah wasn’t acting out an object lesson, he was living his life, just like you and me. He didn’t go out into the wilderness on a retreat; he was running scared. His fear had gotten the best of him. He didn’t lie down under the broom tree because it seemed like it was a nice spot; he collapsed there. And in the depths of his exhaustion, God showed up.

A few months back I was meeting with my spiritual director and I think I probably sounded a lot like Elijah. I was feeling overwhelmed by a rather toxic cocktail of grief and fear and anxiety and physical pain. She listened well and then she said, “All of those things are true, and God is near. God is in the middle of it.”

Her words fixed nothing of my circumstances and yet they gave me hope. They gave me a place to rest. They gave my story somewhere to go other than deeper into despair.

Last week, Ginger and I were in Boston for a couple of days with Pilgrim Fellowship, the youth group sponsored by our church, on a service trip. On Tuesday night we were supposed to go see the light show at Franklin Park Zoo. Just as we got there, the skies opened up and it rained hard. As we sat in the car, Ginger noticed a young couple standing under a tree. They were getting soaked. I rolled down my window enough to shout and ask them if they wanted to get in the car and they came running. We sat and talked for a bit. They were on a date–Ginger and I surmised they had not been dating long–and when they ran out of the park to get to their car, they ran out of the wrong gate and were under the tree trying to get their bearings. So we drove them around until we found their car and we all went on our way.

I tell that story to say sometimes we may feel like Elijah and sometimes we may have the chance to be the ones to say, “Wake up and have something to eat.” (Or come get in the car.) We have a chance to incarnate the love of God to one another in a way that keeps the story going beyond the fear and frustration, beyond the depression and despair. We should take every chance we have to do so.

During the pandemic, we have heard more than once that we live in unprecedented times, that the world has never gone through what is happening to us. Yet, in school I learned about the Plague that devastated Europe in the Middle Ages, and we know some about the Flu Epidemic from a century ago. Perhaps these days feel historic because they are happening to us, much like our own personal feelings of anxiety and despair, or the sense that the world will not survive if we don’t carry its weight on our shoulders can lead us to believe no one in the world knows how we feel.

And then we read about Elijah collapsing under the broom tree with those same feelings, thousands of years ago. We are not unique in human history. The pain and pressure of life is not new. Neither is the sustaining grace of God. 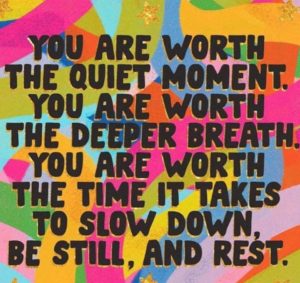 Let us make room for one another to rest. Open our hearts, our ovens, our car doors–find any way we can to remind one another we are more than the sum of our fears and obligations. We are wonderfully and uniquely created in the image of God and worthy to be loved.

We are also worthy of a good long nap. Amen.