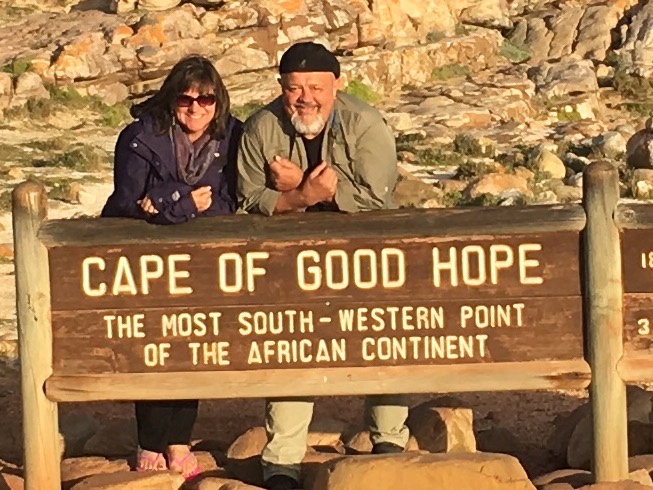 Once again, I am preaching at North Madison Congregational Church UCC this morning. The passage is from Ephesians 5:15-21. I included the verses because of the way J. B. Phillips’ translation spoke to me.

Live life, then, with a due sense of responsibility, not as people who do not know the meaning and purpose of life but as those who do. Make the best use of your time, despite all the difficulties of these days. Don’t be vague but firmly grasp what you know to be the will of God. Don’t get your stimulus from wine (for there is always the danger of excessive drinking), but let the Spirit stimulate your souls. Express your joy in singing among yourselves psalms and hymns and spiritual songs, making music in your hearts for the ears of God! Thank God at all times for everything, in the name of our Lord Jesus Christ. And “fit in with” each other, because of your common reverence for Christ.

somedays you write the song
somedays the song writes you

The same can be said of sermons, I think. And this week, thanks to a combination of the scripture passage, things going on in my own life, a new book I started, and a seminar in Guilford on Critical Race Theory, the sermon wrote me.

Early in the week, after reading through the passage several times, I commented to Ginger that I thought Paul was doing more than telling people to be nice to each other. There was more going on than Paul’s version of The Seven Habits of Highly Effective Ephesians. He was writing people who lived under the thumb of the Roman Empire, who had chosen to be a part of a burgeoning faith that was not regarded favorably by the oppressive government, and as such had become a sort of random collection of humanity that was trying to learn how to live with each other.

As I say often—so I am sure I have said it here—life and faith are team sports. There’s an old gospel song that starts

It’s a catchy tune, but the truth is it is never just me and Jesus. Faith is always about us, about how we live out our love with and for one another, and how we work through it when we aren’t feeling the love as well. Paul was not writing to individuals; he was writing to a church—to a community of faith. His exhortations were to all of them together.

On Tuesday night, as I listened to the Honorable Angela Robinson, a retired judge in the New Haven District Court and now a law professor at Quinnipiac Law School, as she unpacked Critical Race Theory. In the middle of her informative and helpful talk, and in the context of talking about why it matters that we look at systems and not just individual actions, she said, “Organizations and institutions are designed to get the results they get.”

My mind went off on a tangent from the talk and I wrote in my notes, “What was the church designed for?” The question is not hypothetical. The judge’s statement calls us to answer it backwards, in a way—look first at the results and then look at how we have organized ourselves to get them. With her words in mind, we might say Paul was speaking systemically: he was organizing for hope.

Hold on to that thought and add this to it.

My friend Jay recommended a book called The Impossible Will Take a Little While: Perseverance and Hope in Troubled Times, which is an amazing collection of writings edited by Paul Rogat Loeb, who is a writer I had not heard of. The title made me think it was a pretty good fit for life right now, so I started it this week.

The title is borrowed from a blues song by Bessie Smith. She sang,

Bessie lived a hard life, and the words make sense for her to sing, but the person who wrote the lyric was a man named Carl Sigman. He first saw the words on the wall of his mess hall in North Africa during World War II, where he was a part of the Army Corps of Engineers and he molded them into a blues song. After telling the story, Loeb commented, “Imagination and courage feed each other.”

I think Paul is saying much the same thing as he calls to live life with a “due sense of responsibility” and to “make the most of the time,” even as he calls us to be full of joy and gratitude. It takes both imagination and courage to choose hope as our way of looking at the world. The truth is the world is a broken, vicious, mutilated, and terrible place. The truth is also that the world is getting better. It is a beautiful, wonderful place.

Having the courage and imagination—the hope—to hold both of those truths is what it means to live with due responsibility. Hope is not mere optimism. Things aren’t just going to work out. Hope understands that we don’t always know the consequences of our actions, but often we can make a pretty good guess. Paul calls us to “live with a due sense of responsibility,” which is another way of saying live as though every word and every action has an impact, a consequence. Live like we are all connected. Live as though love is what matters most.

I feel like Loeb is almost paraphrasing Paul when he writes,
Since we never know when one of our seemingly modest acts might help change history, or engage someone else who will play a key role, we’d do well to savor both the journey of engagement itself and the everyday grace that we can draw along the way.

One of the stories he tells in the book happened in the early 1960s. A woman took two of her kids to a vigil in front of the White House to protest nuclear testing. The demonstration was small–about a hundred women. It was pouring rain. The women felt powerless and frustrated, but they stayed in the rain and protested. A few years later, after the No Nukes movement had gained some steam, the same woman was at a major march in Washington DC. Benjamin Spock, who wrote the Baby Book, was one of the speakers. He told the story of how he had gotten interested in the anti-nuclear movement and said that a few years before he was driving one rainy day in DC and saw a small group of women huddled with their children. He said he thought to himself, “If those women were out in the rain, their cause must really be important.” And he decided to join the movement.

I love that story, and I think those serendipitous kinds of things happen all the time. We all have what I like to call Before-and-After Moments in our lives: moments we can mark how our lives were changed by what might have even seemed to be incidental contact. The thing is most of the time we don’t know we are in one of those moments until much later, if at all. If I can go back to the story about the woman going to the protest in the rain, what is most powerful to me is not that Dr. Spock was inspired by the women as much as that all those years later the woman was still going to protests. She was still showing up, rain or shine.

“Don’t be vague but firmly grasp what you know to be the will of God,” Paul says. THE WILL OF GOD is one of those phrases that we hear in all capital letters. It’s an ominous phrase, as in, “What is the will of God for your life?” We hear it from power-grabbing pastors and politicians who use it, falsely, to claim they know the will of God for everyone, and, of course, God always agrees with them. We struggle with it sometimes as we face crucial decisions trying to discern what God’s will is for us in that situation. So when Paul says we must firmly grasp what we know to be the will of God, it takes a minute to listen past the noise of our preconceptions and hear what he is saying.

Perhaps we can rephrase Judge Robinson to help us here: To do the will of God is to organize our lives to get the results God wants—and the result God wants is for us to love one another. We are called to organize ourselves for love.

It matters to go back and pick up Judge Robinson’s point that we have to keep talking about systems, about communities, even as we talk about the importance of individual action. Our institutions and organizations are reflections of ourselves. When we look at the results of the institutions we are a part of—schools, governments, churches, families—are we content to say that’s what they were organized to do? If not, then God’s will for us in these days is clear: we are called to aim even our smallest act at creating a world where everyone is valued and where everyone can share in the songs of joy and gratitude.

When I first preached for you a few summers ago, I learned the song you sing as your benediction:

Shalom. Christ be your peace. Ginger and I used to have a poster that read, “Peace, like war, is waged,” which is to say that peace is hard work. It doesn’t just happen. We have to mean it—to do the difficult work now and then take the time to work together to do the impossible. I will repeat what I said last week: in the end, love wins; if love hasn’t won, then it’s not the end. In all our living and through our loving may we create the spaces, the places, the churches where everyone can join in the song. Amen.