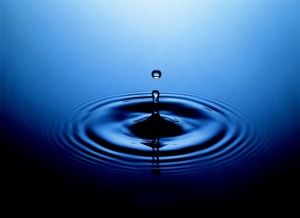 I have had an interesting journey—actually, three—with this miracle over the past days.

The first, I suppose, is the expected, or at least obvious, one: what exactly happened? Here’s a story told in all four gospels(Matthew 14:13-21, Mark 6:30-44, Luke 9:12-17, John 6:1-14), making it somewhat unusual for just that, and, though they offer different details, they are in agreement that they were in the middle of nowhere, the crowd was hungry, and this little boy had five loaves and two fish, so they took it and fed everyone—with leftovers.

There’s something about this story that makes us want to explain it. How did the food multiply, exactly? Maybe lots of people had food but weren’t in the mood to share until the kid broke open his basket. Maybe, somehow, the food just kept coming. We are built, it seems, to look for explanations, and we live in a world that offers few and mostly asks us to come to terms with mystery. I have been reading Stanley Fish’s How to Write a Sentence: And How to Read One, and one of the sentences he quotes is from John Donne that says, in part:

God is God, and yet any sentences we write to expand on that point must move into metaphor because that is all we have to try and articulate the one who so far outruns our vocabulary. When the disciples lived the lunch that turned into a banquet, they weren’t making theological statements as they passed the baskets. They were serving bread and fish. Later—after Jesus walked on the water and healed people and spoke in parables and died and rose again, and after whatever else happened to the disciples for forty or fifty years that followed—the gospel writers took those memories, re-membered them and wrote them down.

The context of the story—what came before and after the miracle—sent me on my second journey. Both Matthew and Mark share the same sequence of events. First, Jesus went back to Nazareth only to find that no one there was particularly impressed with their hometown kid. Mark says, “Jesus was amazed at their unbelief.” (6:6) Jesus left town.

The second event they mention, along with Luke, is Herod’s execution of John the Baptist. John, of course, was Jesus’ cousin, baptizer, and perhaps even mentor. Matthew says, “Now when Jesus heard this, he withdrew from there in a boat to a deserted place by himself.” (14:13) That’s when the crowds kept following and we get to the miracle. Jesus was hit with two big losses. The people he had grown up with rejected him and the one who officially started his ministry—ordained him, if you will—was killed. Whatever we make of what happens next, it is a grief story.

I kept thinking about what it must have been like for Jesus to be in such personal pain and yet unable to get away from the demands of his life. The people just kept coming. Life kept going on. I remember a friend telling of going to a mall soon after her father died and wanting to scream in the middle of the place because everyone else was going about life as if nothing had happened. I wondered if Jesus felt like that. And I really thought this was going to be the journey of the week: coming to a deeper understanding that Jesus’ life, much like ours, was a catalog of losses.

But it was another quote from Stanley Fish that sent me on the journey I found most intriguing. He was talking about great last sentences to books and quoted George Eliot’s ending to Middlemarch:

But the effect of her being on those around her was incalculably diffusive: for the growing good of the world is vastly dependent on unhistoric acts, and, that things are not so ill with you and me as they might have been, is half owing to the humber who lived faithfully a hidden life, and most in unvisited tombs. (129)

When I finished reading the sentence, all I could think about was the boy.

The whole event was unplanned. Jesus, nor the disciples, had scheduled a rally. As we noted earlier, they were trying to get away. Jesus wanted to be alone with his grief and his friends, but the crowd kept coming, following him around the edge of the lake and out into the wilderness, without much regard for even their own personal well-being, much less Jesus’ need for space. Who knows how the little boy got caught up in it all. Maybe he was with his family. Maybe he was skipping school and so he was lucky enough to have his lunch with him.

No one wrote down his name, what he looked like, how old he was, or any significant detail beyond the fact that he had bread and fish. Once lunch was over, we never hear about the boy again. There is no, as Paul Harvey used to say, rest of the story. He was there. He had food. The disciples took it and shared it. There is no particular mention that he even got to meet Jesus. Though it was a miracle, it was also just lunch. When it was over, everyone, including Jesus and the disciples, went on with their lives. It was an unhistoric act.

And it mattered. His action was, as Eliot said, “incalculably diffusive.” What a great phrase. The words and deeds we calculate for maximum effect are rarely as diffusive as the small moments when we speak heart to heart, human to human, mystery to mystery, looking past the literalness of a cause-and-effect world and into the deep, abiding metaphor that is our God, whose name is Love, and in whose image we are created.

If we are inclined to believe that the good in the world is not growing, perhaps it is because we have lost sight of our unhistoric significance, our ability to make tiny motions that reverberate, if not across continents, then across the barriers that keep us from one another. Whatever hungry crowds we stand in tomorrow, or the next day, may we have the courage and compassion simply to offer what we have and who we are, unhistorically.

Next week: The woman with a hemorrhage and Jarius’ daughter. 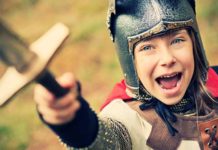 I don’t want to be a soldier