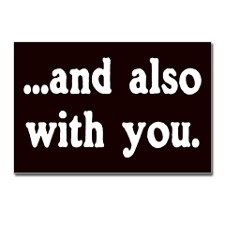 The good people at West Raleigh Presbyterian Church read my book for their church-wide Lenten study and asked me to come preach this evening to close things out. Here is my sermon.

I have to say my favorite characters in the Gospel accounts are failures. Favorite may be a bit misleading. The characters I find most meaningful to my life are the failures: Peter, even Judas — and, from today’s passage, Thomas. The Twin. The Doubter. These folks are windows that allow us to see how grace shines through — or not. Judas didn’t know how to see beyond what he had done; he wasn’t able to trust the possibility of resurrection.

Our nickname for Thomas reveals our tendency to hang on to failure, to allow it be what defines us, or how we define one another. Last night I watched the NCAA Men’s Ice Hockey Final and the goalie for Boston University, a perennial champion, caught the puck in his glove with no one around and then dropped it and it rolled into the goal, allowing the team from Providence to tie the game and go on to win it. The highlight clips today will not show his other forty saves; we will only see his failure. Mention the name Bill Buckner to anyone connected with Red Sox baseball and they will tell you about one play—on October 26, 1986—when he let a routine ground ball go through his legs, allowing the New York Mets to win the Game Six of the World Series, and ultimately the championship. After Sox won the Series in 2004—for the first time in eighty-six years—they invited Buckner back to throw out the first pitch of the next season. Failure was not going to be the final word for either the team or for him.

Before Thomas appears in our passage for today, Jesus had appeared a couple of times to the disciples. On the evening of Resurrection Day he had come through the locked door into the room where they were gathered in fear—even though some of them had seen him. Thomas was not there that night; we don’t know why. We are told when he found out Jesus was alive he said he would need to see for himself. The reason this passage shows up most every Sunday after Easter is it was on this night that Thomas was in the room and Jesus entered once again. Even after a week there is no real indication that the disciples’ fear had abated or that life had gone back to some semblance of normal. When Jesus arrived, he said the same thing he had said before: “Peace be with you.”

That’s right: he passed the peace. All that is missing in the story is the disciples responding, “And also with you.” His turning to Thomas and offering the opportunity for him to touch the wounds is an extension of that peace offering: “don’t disbelieve; believe” is how it is often translated. In Greek, however, faith is a verb and our English translation is a weak substitute. Jesus is not inviting Thomas to an intellectual assent. He’s calling him to trust, to stake his life on what he sees, and Thomas responds, “My Lord and my God.”

Then Jesus said something that gets quoted often separate from the story: “Blessed are those who have not seen and yet believe.” How do we read that sentence? What was Jesus saying? Was it Messianic Passive Aggressive Day? (Almost good enough, Thomas.) Was it an admonishment on the heals of the grace Jesus had offered his struggling disciple? Either one of those readings rings false for me. I don’t think Jesus was taking a shot at anyone. Instead, I think Jesus was leaning in to those who weren’t in the room, who had not been at the tomb or on the beach for breakfast or on the road to Emmaus; Jesus was speaking to those who would come after he was gone, to most everyone who would become a follower of Christ after that initial group. He was speaking to us, for we are those who have not seen and yet we trust the story, we trust our lives to the Risen Christ.

How can it be that we are sitting here over two thousand years later, still passing the peace and trusting the story? In my book I tell of an experience Ginger and I had at the Mother Church of Christian Science in Boston, which we have visited many times. One time we entered the sanctuary and it was much brighter. When I asked the docent about it, she told me they had been repairing the roof and found skylights that had been painted over during World War II out of fear of Hitler bombing cities on the East Coast. The church had been inhabited everyday, and yet they forgot they had painted the windows until fifty years later because they quit telling the story. We were in Winchester, Massachusetts this week for the ordination of a dear friend. A studio from Hollywood is filming a movie in the church and had pulled up the red carpet on the altar only to find an intricate and beautiful tile mosaic underneath that no one knew was there because somewhere along the way they quit telling the story. We have sat around the tables tonight listening and telling stories of the dishes we brought for the potluck; how long those dishes continue to mean something in our families will depend on how well we tell the story.

Jesus passed the peace to the disciples and they passed it on to us. We are the incarnation of God in our world. The companion passage for today in Acts shows the early church told the story by sharing everything in common. We are the physical manifestation of the risen Christ for our time—we who were not there, who did not see, and yet have come to trust Jesus with our lives. We are the ones who are called to offer our lives as invitations to trust the love and grace of God that we live out in our life together or the truth of the empty tomb will ring hollow and the story will fade away. And here’s how the story gets told in a way we can trust it without having been there: hand to hand, eye to eye, face to face—passing the peace the way we pass the potatoes: as family, as equals, as people who need for grace to be true and for love to have the last word.

The peace of Christ be with you.
Amen.