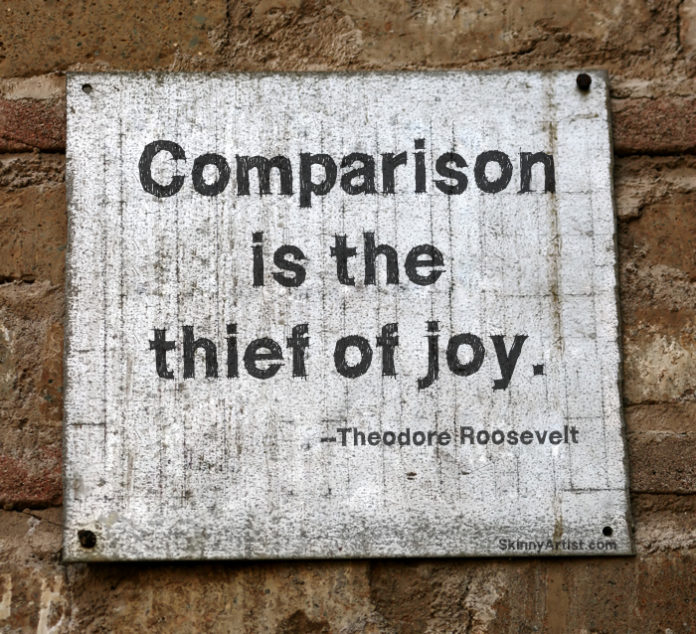 I preached again this morning, moving into the last few weeks of my bridge pastorate at the church in Westbrook. The passage today was Jesus’ first encounter with Mary and Martha, one that most people know as a story that juxtaposes the doers and the contemplatives. I kept looking for a way into the story that got behind the comparison and found some help in articles here and here.

That’s the thing about a good story: there is always more to find.

Thursday evening Ginger and I took a walk around the Guilford Green after dinner, as we often do. As we passed the church, which is next door to our house, Ginger said, “The shutters on the CE building are white and the shutters on the sanctuary are black. I’ve never noticed that.”

Neither had I. We have lived next door to the church and walked by it every day for almost seven years and had never seen the white shutters because the black ones that hang on the more predominant white building were what caught our attention. One little detail changed what we saw.

I had a similar experience with our scripture passage for today.

It’s a story I know well—or thought I did, much like I thought I knew what our church building looked like, but three details stood out to me in ways I had not seen before. The first is the preposition in the opening sentence: they—as in, “Now as they went on their way. . .” We have to go back to the beginning of the chapter to figure out who “they” are. Luke 10 begins with Jesus sending out seventy-two disciples in pairs “to every town and place where he himself intended to go,” giving us some indication that Jesus knew he was not long for this world. They came back full of stories to tell and Jesus was elated.

As all of that was going on, a lawyer asked Jesus, “What must I do to inherit eternal life?” and Jesus answered with a question: “What do you read in the law?” The lawyer said, “You shall love the Lord your God with all your heart and with all your soul and with all your strength and with all your mind and your neighbor as yourself.” When Jesus told him he had his answer, the man asked, “Who is my neighbor?” which led to the parable of the Good Samaritan, which ends with Jesus asking another question: Which of these three, do you think, was a neighbor to the man who fell into the hands of the robbers?” The lawyer said, “The one who showed him mercy,” and Jesus said, “Go and do likewise.”

Then THEY went on their way—the lawyer, the seventy-two travelers—and Jesus went into the village where Martha welcomed him. Not them. Him. Jesus was by himself—or might have been. Martha wasn’t cooking for a crowd. We are not told if they already knew each other, but it feels like a reasonable assumption. Jesus entered the house and Mary was there, which brings me to the second detail: Mary sat at his feet.

The phrase is more metaphor than description. It means she took the posture of a student—a disciple. She wanted to soak up whatever Jesus had to say, to talk about important things, to learn and to grow. The detail is crucial because women in Jesus’ time were not allowed to touch the scriptures, much less study them. Jesus was widening the circle.

Meanwhile, Martha was “distracted by her many tasks,” and that brings me to the third detail. The word that is translated as “tasks” or “work” is the Greek word diakonia, from which we get our word deacon. It means works of service, or ministry. Theologian Karen Gonzalez says,

The work that Martha is doing is probably not housework but the work of that a deacon of her worshipping community might have done–this work might include hospitality but is not limited to that duty alone.

Martha, too, was acting like a disciple. All three of them—Jesus, Martha, and Mary—were focusing on ministry.

Mary and Martha are mentioned three times in the gospels. This is the first, when the home is identified as Martha’s and Mary is mentioned second. In John 11, we also learn of their brother Lazarus, who died, and Jesus went to their village. Mary stayed home when Jesus got there and Martha went out to meet him and then went back to get Mary. In John 12, Jesus was in their home again, this time identified as Lazarus’ house, and while Martha fixed dinner for the crowd and Mary anointed Jesus’ feet with perfume.

Jesus challenged Martha to stop comparing her ministry with that of her sister.

I have to listen hard to that statement because hospitality is what I love. I love to cook elaborate meals and serve lots of people, part of which means I have to get up from the table in the middle of good conversations and work on the next course. I have had to learn that sometimes real hospitality can happen when I open a package of Cabot Cheddar and a sleeve of Ritz crackers and do my best to not miss a word.

Then again, I get Mary because I can spend the day reading theology books or talking big cosmic ideas when there is housework and clean up that needs to be done. I have stacks of t-shirts that need to be put away and weeds that need to be pulled who will all attest to that fact.

Jesus said, “Martha, Martha”—I love that he called her name twice; it carries such affection—“you are worried and distracted by many things.” I think that is a sentence where we can all find ourselves. We are worried and distracted by many things, and in the middle of all of that worry it is easy to think if only other people would pick up the slack things would be easier. I get that. I feel that way sometimes.

Do you know what I mean?

You know: If people would just look at the world the way we do and do the things we wish they would do the way we want them done, this world would be a better place. Right?

However, none of us has been appointed Organizer of the World—though we all volunteer for the job from time to time, just like Martha. And, just like her, we can’t pull that off with the people in our own house, much less all across the planet.

Here’s the thing: Martha saw Jesus and welcomed him into her home without expecting him to do anything but be there, yet she struggled to welcome Mary, her sister, in the same way. That’s why Jesus called her out. He wasn’t telling her to quit doing what she was doing. He was asking her to welcome Mary as well. To give Mary grace.

We, like most congregations, talk a lot about how we can be more welcoming, which most often means how we can attract new people. Perhaps we begin by welcoming one another to come in and find the grace and the space to listen to God and feel at home with ourselves and with one another. No one is made more valuable to God because of what they do or how much they do, why then should we put those stipulations on one another? We are not the Body of Christ because we have earned our way in; we are all a part of the God’s incarnation of love in the world because of who we are, not because of how we compare to everyone else.

May God give us the grace to see beyond our expectations of one another and choose the better part of belonging—relishing one another’s gifts and making room for all of us to belong, just as we are. Amen.