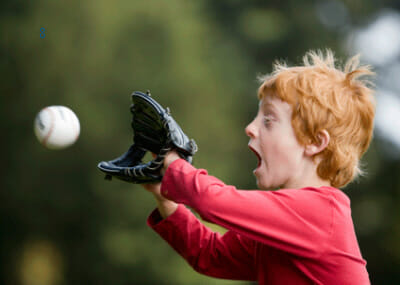 The reading for today is one of my favorite passages: Jesus cooking breakfast for Peter and the others who had been fishing all night. For all the times I have read and written about these verses, I saw new things, thanks to a conversation with Ginger. I hope you find some new things, too.

When it comes to how Peter, James, and John ended up with Jesus, it all goes back to a day when they had just finished fishing and were preparing their nets for the next time out and Jesus stopped and said, “Follow me and I will teach you how to catch people.” One of the ways to read the gospels, then, might be to look at all of Jesus’. words and actions as lessons towards that end. Jesus didn’t come to establish a religion, or overthrow a government, or even create some sort of movement. He walked through the towns and villages eating with people, talking with people, listening to people, feeding them, and healing them.

Then he said, “Love everyone as I have loved you.”

How much the disciples truly grasped what Jesus was trying to say appears to be a little hit and miss. Over and over, Jesus said and did things to show that love–God’s love–is what catches people, and it is over flowingly abundant. “Look at the lilies,” he said. “They don’t worry about tomorrow. They are content to bloom today–and they only bloom three weeks a year. Be like the lilies.” When Peter asked how to feed the thousands on the hillside, Jesus took a sack lunch and showed them there was more than enough to go around. He told parables about fathers who embraced lost sons and banquets where everyone could eat. All the words and deeds pointed to the truth that the way to catch people is to let them know they were wonderfully and uniquely created in the image of God and worthy to be loved–and nothing could change that.

There was enough love to go around. More than enough.

One moment they sounded like they had a sense of the extravagant love of God that included everyone, and then the next they were back to asking who among them was the most important. At times they seemed to grasp that the way God was going to change the world was through people who loved each other, and then their fear–fear of that love wasn’t enough–got the best of them. Though none of the gospel writers ever notes it, I imagine he must have shaken his head a lot.

This final scene in John’s gospel finds Peter, James, and John back in their boat; this time, Thomas and Nathaniel were with them. They had seen Jesus twice, but still nothing felt secure. They didn’t know what was going on. Peter was still carrying the guilt of his denial of even knowing Jesus. They didn’t know what to do, so they went back to what they knew: they went fishing. All night long. And they didn’t catch a thing.

They were still on the water at daybreak when Jesus called out to them. Our translation says, “Children, have you caught anything?” but the Greek word means something closer to, “Hey, boys, any luck?”

The nets were as empty as their hopes.

Jesus told them to try the right side of the boat and they pulled up almost more fish than they could handle. John says someone even counted: they caught one hundred and fifty three fish.

I have always been puzzled by that detail. They didn’t realize it was Jesus on the shore when he called out, and then Peter figured it out when they pulled the nets in, and then everyone rushed to shore to see Jesus, and somehow in all the commotion and excitement, they took time to count their catch?

Why does John want us to know about the one hundred and fifty three fish?

When they came ashore, Jesus told them to bring some fish, but breakfast was already cooking. Somehow, he had fish of his own. Whatever they brought from the boat was extra–sort of like the leftovers from the feeding of the five thousand. They ate together and then Jesus began asking Peter questions–well, one question three times:

Simon, do you love me?

After each time Peter said, “Yes,” Jesus said, “Feed my sheep,” or “Feed people.” Take care of them. Make sure everyone knows there is enough love to go around.

The metaphors of catching fish and feeding people were laying in the nets right in front of them. They were surrounded the fish they had just caught before being called to breakfast. In a time when there was no refrigeration or cold storage, a net full of fish meant they needed to get to market to make sure their catch got to the people who needed food. There was more than enough for today, but the fish wouldn’t keep. They needed to be eaten today and then they would go catch some more. Even the biggest catches don’t last forever, but what matters is people can eat right now.

If you want to catch people, feed them.

We can hear the word catch a couple of ways. You can catch a fish with a net or a hook, but we also use the word to say things like, “I’ll catch you if you fall.” Jesus was talking about the way you help someone, not how you hook them.

When Peter denied even knowing Jesus to the point of swearing about it, he went into free fall. When he heard the rooster crow, he wept. He had charged into the courtyard thinking he could do something, but his fear got the best of him. At breakfast on the beach, Jesus caught him. He kept Peter from falling deeper into despair and shame. On that beach, in front of his friends, Jesus gave Peter the chance to say out loud that he loved Jesus. He caught him.

Perhaps that image is so powerful to me because it reminds me of my favorite passage from the novel Catcher in the Rye. (I taught high school English, so I have read it far too many times.) Holden Caulfield, who is a troubled teenager and not particularly likeable, has a tender moment as he talks with his sister Phoebe about what he wants to do with his life, and it all swings on a line from a Robert Burns poem that has stuck with him: “If a body catch a body comin’ through the rye.” But Phoebe tells him he’s got the line wrong. The line was “if a body see a body comin’ through the rye,” not catch a body.

“I thought it was ‘If a body catch a body,’” Holden said. “Anyway, I keep picturing all these little kids playing some game in this big field of rye and all. Thousands of little kids, and nobody’s around–nobody big, I mean–except me. And I’m standing on the edge of some crazy cliff. What I have to do, I have to catch everybody if they start to go over the cliff–I mean if they’re running and they don’t look where they’re going I have to come out from somewhere and catch them. That’s all I’d do all day. I’d just be the catcher in the rye and all. I know it’s crazy, but that’s the only thing I’d really like to be. I know it’s crazy.”

Holden may have mis-remembered what Robert Burns wrote, but he seems to understand what Jesus was saying to Peter—and to us. The third and final time Jesus asked Peter if he loved him, Peter felt hurt. “Lord, you know I love you,” he said. Jesus’ words to feed others feels like he was saying, “You know what it feels like to mess up so badly you don’t think there is enough love to bring you back. But there is. I caught you. Your betrayal of me is not the last word. This is: I love you and you love me. Now go catch others who are falling and feed them full of love.”

Let us go and do likewise. Amen.