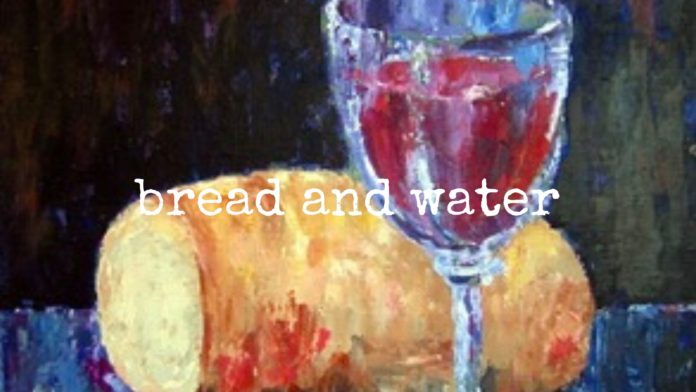 The sermon below is one I preached for a church on the other side of New Haven to candidate to be their Bridge Pastor for the next five or six months. I started not to post it because it is kind of “teachy” (as I described it to Ginger) and, therefore, felt like it might not have much reach beyond those in the room Sunday, or on their Facebook feed. I came across an article—“Here Be Sermons”—written by a non-church person who saw a sermon as saw the audience as a community. He contrasted them this way:

Suppose you and I are listening to a physics lecture. Although we share the same goal — learning physics — we’re pursuing it more or less independently from one another (and from all other students in the lecture). If you happen to fail the class, it’s no real skin off my nose, and vice versa.

In contrast, suppose we’re listening to a sermon — on the virtue of kindness, say. In this case, I do have a stake in whether you learn the lesson, because unlike physics, if you fail at kindness, I’m going to suffer. Put differently, there are positive externalities to the act of listening to a sermon. When you internalize a sermon’s message, I stand to benefit, and vice versa.

The other reason I started not to post it is I’ve said pretty much all of it before. Then I read a Billy Collins interview where he said the most important thing about teaching is repetition. Even though a sermon and a lecture are different, I think what he is saying still applies. I know you’ve heard this before, but it’s good to hear it again: we are wonderfully and uniquely made in the image of God and worthy to be loved—and we’re all in this together.

Shoot, now you don’t need to read the sermon.

We don’t know how long John had been baptizing people when Jesus showed up. All we are told is that John was at a part of the Jordan River that felt like it was out in the middle of nowhere–some twenty miles from Jerusalem–telling people it was time for a change. A big change. If they wanted to be a part of that change, they could demonstrate it by being baptized. “Repent” is the word he used: turn around, go in a new direction. He was a person literally and figuratively on the fringe of society telling people that business as usual was not the way God wanted them to live their lives.

In Matthew’s description, John comes across as rather righteously indignant. He goes hard after those who supported the political and religious establishments. John was talking not only about personal change but also, and perhaps more importantly, systemic change. When we think of what it means to repent–to go in a new direction–we think first about personal changes and decisions we can make individually, but we are also called to explore the choices we make together.

We can infer that John had been out there for a good while when Jesus showed up wanting to be baptized. We can also infer that this is not the first time they had met. John recognized Jesus and his understanding of Jesus made him hesitant to baptize, but Jesus said, “We need to do this to bring about God’s justice in the world.” So, John walked with Jesus into the river and baptized him. It was an act of consecration and an act of solidarity. It mattered to Jesus that he was baptized. He was making a public statement about who he was in the world.

Many years ago, I got to visit Israel and Palestine. I stood on the bank of the Jordan River with a group of UCC folks from a church in Massachusetts. We knelt at the water’s edge to “remember our baptism” as the ministers sprinkled water from the river on our foreheads. In the middle of our quiet, reflective moment a bus pulled up and from it flowed a group of Pentecostal folks in white robes who came running down the hill led by their pastor who was shouting, “Gloria a Dios!” over and over at the top of his lungs. When he reached the small landing at the water’s edge, he didn’t stop. He took a flying leap and belly flopped into the water, robe and all, closely followed by pretty much everyone else behind him. They splashed in the water as they sang and laughed and cried. I think I can speak for many in our group when I say we looked over and wished that was the way it felt to remember our baptism.

Jesus didn’t jump into the river shouting, but he was making a bold public statement. Alongside of that, his baptism was also a personal affirmation. Matthew says Jesus experienced the Holy Spirit like a dove landing on him and he heard a voice say, “This is my dearly loved son in whom I delight.” It does not appear that anyone else heard the voice or saw the dove. John went on baptizing, people kept coming, and Jesus went further out into the wilderness to fast for forty days.

We mark Jesus’ baptism as the beginning of his public ministry. The event is so significant that it has become one of the two sacraments of our denomination, along with Communion, which grows out of the last meal Jesus had with his disciples before his execution. The two sacraments are bookends to his time on earth, in a way. Today, thanks to New Year’s Day falling on a Sunday and pushing our monthly observance of Communion back a week, we get to look at the two of them together.

Baptism, for us, has taken on a different look than what Jesus experienced. John didn’t sprinkle water on Jesus; he dunked him. Over the centuries, the sense of blessing and affirmation that Jesus received has been translated to baptizing infants as a way of affirming that we are all wonderfully and uniquely created in the image of God and worthy to be loved. Likewise, our Communion table is open to anyone who wants to share in the meal as another way of affirming that God’s love does not require prerequisites.

Both sacraments are communal acts—things we do together as tangible reminders of something we need to hear again and again: nothing can separate us from the love of God.

Over the centuries, our sense of the magnitude of both things has led us to make them formal and solemn, when neither of them were, in their inception. Jesus waded out into a river in the desert and was baptized by a guy who wore animal skins and ate bugs. He shared the bread and the cup from the meal he was eating with his disciples that last night. It was more improvised than instituted.

When we come to the table together in a few minutes you will hear me talk about re-membering, as in putting ourselves back together in Jesus’ name, following Jesus’ words, “As often as you do this, remember me.” One way to hear the words “as often as you do this” is that he was talking about any time we sit down to eat. Similarly, I read one person this week who said they take the daily act of washing their face as a chance to remember their baptism and to remember they are God’s beloved child. I thought about that as I walked in the rain on Friday and the water hit my face.

We don’t observe the sacraments as a way of being more holy or more worthy of God’s presence. We don’t follow these rites because the form has some sort of magical power that protects us, or because they are some kind of initiation ritual. We reenact these scenes as tangible reminders to us that we are God’s beloved ones and as tangible promises to God that our lives will reflect God’s presence.

It’s a bit puzzling to think that Jesus somehow needed to go into the water and then hear that God delighted in him. He wasn’t just going through the motions of joining the club, he was aligning himself with John’s call to live into God’s justice and inclusion. At the end of Matthew’s gospel, just before the meal, Jesus talked about how those who followed him would be recognizable: “I was hungry and you fed me. I was thirsty and you gave me a drink. I was naked and you clothed me. I was imprisoned and you visited me.” Another set of bookends, this time with words. At the end of his ministry, he was saying the same things he heard John say at the beginning.

The sacraments of baptism and Communion pull us into the middle of each other’s lives and the lives of those around us to find any way we can to remind each other that we are wonderfully and uniquely created in the image of God and oh, so worthy to be loved.

We may not be jumping in the river this morning, but that doesn’t mean we can’t come to the table full of joy as we re-member Christ in the waters of our baptism and in the meal that is before us. Jesus said the bread represented his body; the apostle Paul used the Body of Christ as his favorite metaphor for who we are together. In the middle of a world that feels torn apart, let us move to the table to re-member ourselves in Jesus’ name—to put the Body of Christ back together again. Amen.

Thanks for reading. I write a free weekly newsletter, mixing metaphors that comes out every Tuesday. I would love for you to subscribe. If you would like to support my writing, you can become a sustaining member or buy me a cup of coffee.