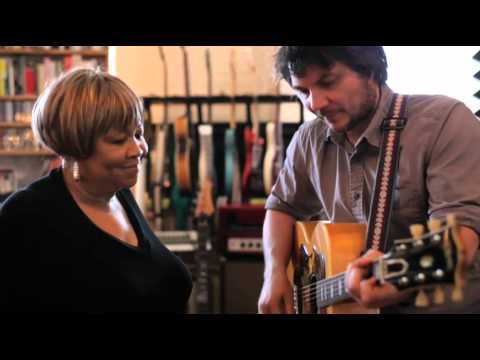 The protests have been in my mind all day. Here are a few of the songs that have been the soundtrack in my mind. As we walk this Advent road, these are good tunes for the journey.

The first is a John Fogerty song covered by Mavis Staples and Jeff Tweedy called “Wrote a Song for Everyone.”

Met myself a coming county welfare line
I was feeling strung out, hung out on the line
Saw myself a going, down to war in June
All I want, all I want is to write myself a tune

Got myself arrested, wound me up in jail
Richmond ’bout to blow up, communication failed
If you see the answer, now’s the time to say
All I want, all I want is to get you down to pray

Saw the people standind thousand years in chains
Somebody said it’s different now, look, it’s just the same
Pharoahs spin the message, round and round the truth
They could have saved a million people, how can I tell you?

Jackson Browne has been a part of the soundtrack of my life since high school. His latest recording holds this gem, “Standing in the Breach,” among others.

Although the Earth may tremble and our foundation crack,
We are all assembled and we will build them back.
And let’s just say the lives remain and held within our reach.
Try to put our world together, standing in the breach.

So many live in poverty while others live like Kings.
Though some may find peace and acceptance in all that living brings.
I will never understand, how ever they’ve prepared,
How one life is struck down and another life is spared.

Though the earth may tremble and cast our work aside,
Though their efforts resembled the fluctuations of time.
We rise and fall with the trust and belief and love redeems our seed.
And our backs and the hearts together, standing in the breech.

You don’t know why,
It’s such a far cry, in what this world could be.
You don’t know why,
But you still try for the world you wish to see.
You don’t know how, it will happen now after all that’s come undone.
But you know the change that the world needs now, is there in everyone.
The unpaid debts of history, the open wounds of time,
The laws of Human Nature always tugging from behind.
I want to think that the earth can heal and the people might still learn,
How to meet this world’s true challenges and if it costs their own can turn.

Though the earth may tremble and the ocean’s pitching arrives,
We are all assembled.And we will lift our eyes
To the tasks that we know lie before us and the power of our press besieged,
And lift our souls into the Heavens, standing in the breach.

Sarah Jarosz covered Bob Dylan’s “Ring Them Bells” and their effort will close out our song session.

Ring them bells, ye heathen
From the city that dreams
Ring them bells from the sanctuaries
’Cross the valleys and streams
For they’re deep and they’re wide
And the world’s on its side
And time is running backwards
And so is the bride

Ring them bells St. Peter
Where the four winds blow
Ring them bells with an iron hand
So the people will know
Oh it’s rush hour now
On the wheel and the plow
And the sun is going down
Upon the sacred cow

Ring them bells St. Catherine
From the top of the room
Ring them from the fortress
For the lilies that bloom
Oh the lines are long
And the fighting is strong
And they’re breaking down the distance
Between right and wrong

May we keep marching and singing together. 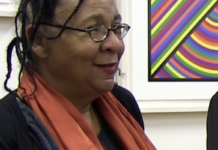