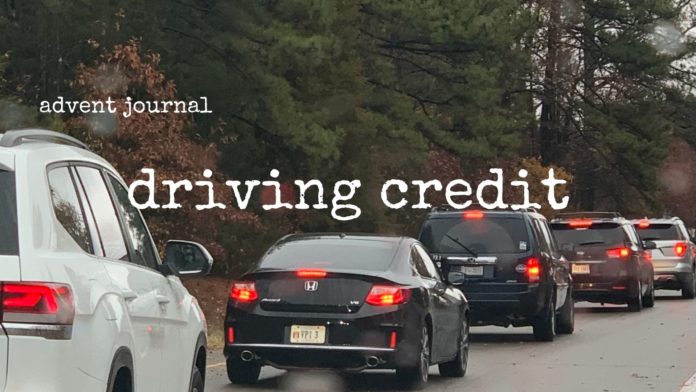 I drove someone in town to their doctor’s appointment in North Haven today.

Last week, Ginger became aware that someone in town needed a ride to their chemotherapy appointment and other family issues meant he didn’t have one. My flexible schedule made it easy for me to play chauffeur. It was their second treatment and the first one had exhausted him so much that he ended up being admitted to the hospital. He came home a few days ago and then reached out yesterday to say he needed a ride again, this time for tests to get ready for the next treatment, and wondered if I was available. I drove him back again this morning.

Since that meant I was going to be in the New Haven area for a while, I signed on to Lyft to see who else needed a ride. I gave someone a ride home from their car dealership, picked up a couple who had dropped off their rental car and needed a ride home, and then rove to a house in what we often call a transitional neighborhood to pick up my next passenger.

She came out of the house and set a couple of bags on the steps and then went back in for more. I asked if she needed help and, once she said yes, picked up what I could and put it in the back of my car. She went back in the house one last time and came out with a car seat covered by a blanket. Her baby had slept through the whole thing. As she got in the car, a man crossed the driveway behind her headed toward the house. As he unlocked the door she said flatly, “My brother will come get the rest of my stuff tomorrow. And don’t call me on my phone.”

She closed her door and we drove off.

A couple of blocks away from the house I asked how old her baby was. She told me she was three months old and she also had a six year old. I didn’t ask anymore questions. During the twenty minute ride to Waterbury, we had moments of conversation, but she spent most of the time texting and listening to either voicemail or someone rapping. My hearing loss made it hard to tell the difference.

The drive from North Haven to Waterbury is beautiful in several places. Connecticut is full of trees and water. We passed two or three beautiful lakes still rimmed by leftover snow. We passed through a couple of small towns that look like you think a small New England town should look. As we would through Waterbury we passed big Victorian houses and then smaller places and then blocks of apartment buildings that look like blocks. She was going to one of those.

I pulled into the parking lot and asked if she needed help getting her bags to the door. She said yes and between the two of us we managed to get everything in one trip. She opened the door and I set the bags I had on the threshold. The man inside–her brother, I assumed–said, “Thank you,” and closed the door.

As I would back down the road with the lakes and trees, I had time to let it sink in that I had helped someone get away from a bad situation. At least, that’s how it felt. She came out of the house with everything she could carry and we drove to somewhere she felt safe. About that time, I got a text message that things had wrapped up at the clinic and I drove back to pick him up. He was exhausted.

When we got to his house, his wife, daughter, and dog all came out to greet him. The little girl looked at me and kept saying, “Hi! Hi!” as she wrapped herself around her dad’s legs. They went in the house and I drove home thinking about two people whose lives didn’t have much in common other than they both were making drastic moves in hopes that whatever comes next would be better.

The jury’s still out in both cases.

The gift of my day was that they both needed rides to make some progress to whatever comes next. I will get to continue to play a small role in his story as it unfolds; my guess is I will not see her again. Then, of course, are all the houses I drove past where similar stories are playing out and I am not a part of the cast at all, which is a good reminder that neither one of these stories is about me, even though I am telling you what it felt like to be in them today.

I don’t have much of a point to make either, other than to say I learned again today that we all need each other, whatever happens next.