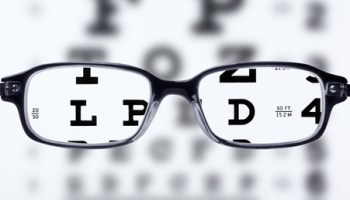 I didn’t write last week because I was listening.

Ginger and I spent the week in San Antonio at the Festival of Homiletics, or Preacher Geek Camp, as Ginger likes to call it. The week was inspiring, challenging, and invigorating. I came back with both my mind and my heart feeling stretched.

Before I left, I had jotted a couple of notes about the story of Jesus’ encounter with the man at the pool in John 5:1-9. The passage is short, so I’ve included it:

After this there was a festival of the Jews, and Jesus went up to Jerusalem.
Now in Jerusalem by the Sheep Gate there is a pool, called in Hebrew Beth-zatha, which has five porticoes. In these lay many invalids—blind, lame, and paralyzed. One man was there who had been ill for thirty-eight years. When Jesus saw him lying there and knew that he had been there a long time, he said to him, “Do you want to be made well?” The sick man answered him, “Sir, I have no one to put me into the pool when the water is stirred up; and while I am making my way, someone else steps down ahead of me.” Jesus said to him, “Stand up, take your mat and walk.” At once the man was made well, and he took up his mat and began to walk. (NRSV)

Most of the time, what I see first when I get to this story is Jesus’ question: “Do you want to get well?” It has always intrigued me. In the darkest days of my depression, it haunted me. But even before we went to Preacher Camp, I was beginning to see something different. The man at the pool was not alone in both his impairment and his desperation. The pool was surrounded with invalids waiting for the waters to be stirred so one person—one person—could be healed. My guess is more than one new person arrived daily, so the odds never improved. Going to the pool to be healed was akin to using the Powerball as your retirement plan. It was hopeless from the start. But it was The Way Things Worked in those days, the Palestinian Health Plan. Those with means could go to a doctor; those without means could wait by the water.

Wednesday afternoon, Ginger and I got to sit and listen to Otis Moss III for two hours. One of the two was a workshop on “Reading from the Underside of the Gospel.” He started off talking about spirituals and the double entendres they held for those enslaved people working for freedom. When they sang of crossing Jordan, they sang both of heaven and also of those who would cross the Ohio River in the dark of night.

When I came back to find the man still at the pool, I began to see the man as one of those who was perennially beaten down by the system, even though he was doing all he could to play along. He was never going to get to the water first, but what else could he have done? He had been trapped in his hopeless cycle for thirty-eight years when Jesus showed up asking questions.

The man doesn’t answer the question; instead, he begins to explain his hopelessness.

Jesus says, “Pick up your mat and walk.”

The man didn’t ask to be healed. He didn’t confess faith in Jesus, the way the woman who reached out to touch Jesus had done. He was a victim of the system—alone, unable to get to the water when it was stirred. He had become used to his predicament of despair, even as he stayed to keep trying to get to the water. When Jesus told him to get up, he wasn’t making demands or discounting the man; he was humanizing him. Listen to the words of Raj Nadella, a theologian whom I found as I went looking for other voices on this passage:

The story in John 5 exposes how social and economic systems–in Jesus’ time as well as ours—that purportedly assist the needy often keep them in perpetual poverty. Even as income and wealth disparities increased rapidly in the last thirty years and the structures that accentuate such inequality have been strengthened, there has been a perpetuation of myths that potentially weaken attempts to address those problematic structures. One such myth is that if one worked hard and long, she or he would make it and that economic mobility is an option for everyone. The myth of the American dream continues to ensure that millions of underprivileged Americans unquestioningly invest significant time and energy into an economic system that rarely serves their interests.

There is insufficient moral embarrassment, on the part of the wealthy and the powerful, about the fact that many people who work hard can rarely make ends meet. Perhaps we–those without access as well as those with–have gotten so accustomed to our current economic realities that we have lost the capacity to envision alternative realities.

In encouraging the man to pick up his mat and walk, Jesus empowers him to move past his unquestioning faith in the system. The story suggests that if one wants to become whole, a healthy dose of doubt about the system might be in order. In picking up his mat and walking away from the pool, the man symbolically critiques the system that called itself “the house of mercy” but was solely lacking in that respect.

Nadella then closed with these thoughts:

The man’s actions–and those of Jesus–highlight the inherent structural problems in the system, and they pose some pertinent questions: Is it possible to become whole within the system? What does it mean to turn one’s back on oppressive economic structures without completely excusing oneself from the larger community? What might it look like?

I know. It’s not as cozy a reading of the encounter when we start talking about economic systems, but John was doing more than telling a sympathetic story when he wrote this one down. As Otis Moss said, this is the literature of oppressed people, of those being crushed, even killed, by the system. Get your stuff and let’s go, says Jesus. The System will not have the last word.

It gives me pause: if Jesus were here, I wonder if he would ask, “Do you want to learn how to read?”

Next week: The Ten Lepers