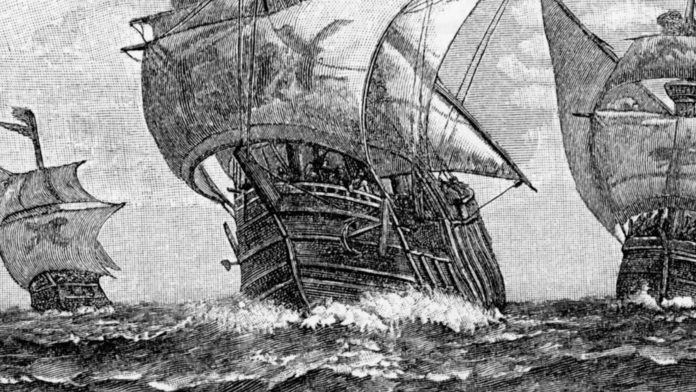 One of the stories I have repeated often (and I have a lot of stories I have repeated) is that when my father died one of the first things that crossed my mind was to call those I knew whose fathers had died before mine and say, “I’m sorry. I meant well in what I said to you, but I had no idea how this really felt.” I began to make a distinction between learning and discovering that has stayed with me. This is part of what I wrote in The Color of Together:

Though what I was feeling was unfamiliar, the books I read and the conversations I had made me realize I was walking well-travelled roads, which was both comforting and disquieting. I had landed on populated shores. I had not discovered anything new.

Like many of us, as a kid I was told that in 1492 Columbus sailed the ocean blue and discovered America. He may have made the voyage, and even found a land that was not on his map, but the verb is wrong. He did not find a place that no one else had seen; he landed on a populated shore. He landed in the middle of someone else’s story. He set foot where people had lived for generations, where cultures and kingdoms had already come and gone. He learned. He found, perhaps. He became aware of, he explored. He condescended. But he didn’t discover a thing.

Neither have I, other than to say in the course of my life I have discovered some things about myself, though most of those were already apparent to people around me, so even here my choice of verb is tenuous. More often than not, I feel like Mark, Ray Kinsella’s brother-in-law in the movie Field of Dreams, who was fiercely opposed to Ray’s plowing under his corn to build the baseball diamond on his farm until he saw Doc Graham step off the field to save his niece’s life. All of a sudden, where he had once seen nothing but an empty ball field, he saw a diamond teeming with players.

In researching the book, I even came across a song written by a teacher named Nancy Schimmel who rewrote the 1492 I learned in school to drive the point home:

In fourteen hundred ninety-two
Columbus sailed the ocean blue,
He didn’t know what he thought he knew
And someone was already here.

Columbus knew the world was round
So he looked for the East while westward bound,
But he didn’t find what he thought he found
And someone was already here.

The Inuit and Cherokee,
The Aztec and Menominee,
The Onondaga and the Cree;
Columbus sailed across the sea,
But someone was already here.

It isn’t like it was empty space,
Tainos met him face to face.
Could anyone discover the place
When someone was already here?

So tell me, who discovered what?
He thought he was in a different spot.
Columbus was lost, the Tainos were not;
They were already here.

The word discover has been on my mind over the past few weeks as I have been reading books on the new cosmology and quantum theology, mostly because of how little it is used. Scientists talk more about what they have learned, rather than what they have discovered because they know they are finding things that have been there all along.

Tonight, I looked it up in the etymological dictionary and here’s what I learned:

At first with a sense of betrayal or malicious exposure (discoverer originally meant “informant”). Also in Middle English used in literal senses, such as “to remove” (one’s hat, the roof from a building). The meaning “to obtain the first knowledge or sight of what was before not known,” the main modern sense, is by 1550s.

The “main modern sense of the word” came about during the age of European colonization. Perhaps the etymological dictionary is wrong to say the sense of the word that is more nefarious is now obsolete. Columbus claim of discovering the Caribbean rests on his dehumanizing choice to not see the people who were standing right in front of him, just as other colonists did in Africa, India, and South America. Discover carried a sense of ownership: finders keepers. The losers were the ones who had been there all along.

I get that “to obtain the first knowledge or sight of what was before not known” does not necessarily mean the person doing it has an evil intent, but I do think it is an invitation to arrogance, which leads to a sense of ownership, and that heads down a damaging road.

To say it more simply, just because it is new to me does not mean it’s new.

On the other hand, to say I learned something implies relationship, because I had to be taught. Even an awareness that comes when I am sitting alone in my office or riding in my car or taking my morning shower (please–someone create a waterproof note board so I can write down the ideas that come when I have soap in my eyes) was planted by something I read or saw or heard.

I’m not sure why I landed on this when I sat down to write, other than–because of my reading–these have been days rich with connections and understandings that are new to me even though they are not new. And as scientists come to fresh understandings about the universe, they have learned that what they have been able to verify was already at the heart of indigenous spirituality going back for centuries.

Once again, someone was already there, but this time they are not invisible. 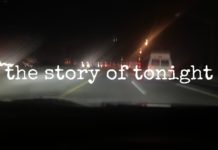 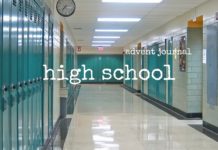 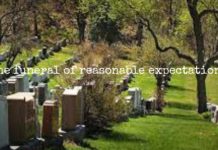