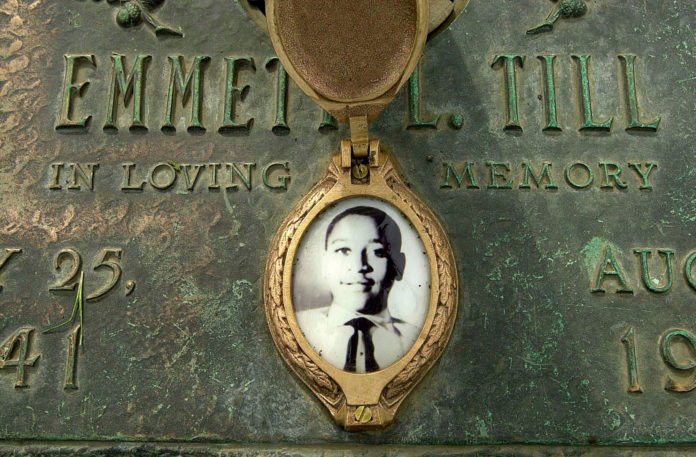 As the bill states, “At least 4,742 people, predominantly African Americans, were reported lynched in the United States between 1882 and 1968,” and so, in the election year 2020, Congress finally said lynching was a hate crime. Emmett Till was tortured and killed about a year and a half before I was born. I am now sixty-three and yesterday Congress had the audacity to name their bill after him. Four members voted against it saying it should be a matter for the states, which sounds to me like saying we should let husbands decide what domestic violence looks like.

You can read the bill here. It is fairly self-congratulatory, pointing to the various ceremonial gestures Congress has made over the years without actually doing anything to stop the ritualized killing of African Americans. Maybe they need to read Cone’s book:

The conspicuous absence of the lynching tree in American theological discourse and preaching is profoundly revealing, especially since the crucifixion was clearly a first-century lynching. In the “lynching era,” . . . white Christians lynched nearly five thousand black men and women in a manner with obvious echoes of the Roman crucifixion of Jesus. Yet these “Christians” did not see the irony or contradiction in their actions.”

As Jesus was an innocent victim of mob hysteria and Roman imperial violence, many African Americans were innocent victims of white mobs, thirsting for blood in the name of God and in defense of segregation, white supremacy, and the purity of the Anglo-Saxon race. Both the cross and the lynching tree were symbols of terror, instruments of torture and execution, reserved primarily for slaves, criminals, and insurrectionists–the lowest of the low in society. Both Jesus and blacks were publicly humiliated, subjected to the utmost indignity and cruelty. They were stripped, in order to be deprived of dignity, then paraded, mocked and whipped, pierced, derided and spat upon, tortured for hours in the presence of jeering crowds for popular entertainment. In both cases, the purpose was to strike terror in the subject community.

A law that protects people from terrorism should not be a hundred years in the making. When the Towers fell on 9/11, Congress could write the Homeland Security Act fast enough. I suppose it is easier to pass legislation when you’re not the ones responsible for the terrorism. The apology in the bill should not be that we let lynching happen, but that the white government, church, and society intentionally participated to make sure African Americans got the message.

The bitter irony that a president who has a long record of racist words and actions will be the one to sign the bill into law ought to call into question how seriously it will be prosecuted. Perhaps it should have an asterisk at the end: *for ceremonial use only.

The phrase, “They’ve got a lot of damn gall,” comes to mind.

The water is still toxic in Flint, Michigan. Our prisons are disproportionately filled with black men. We do not hold our police accountable when they shoot and kill an African American. Our education and health systems are designed to be inequitable. But, hey–Congress passed a bill making lynching a hate crime.

They will get to the other stuff next century.