When I was youth minister at University Baptist Church in Fort Worth, Texas many years ago, I started thinking about Youth Camp around this time of year, beginning to work on a theme for the week and to recruit adults who wanted to go hang out with the kids for a week. I loved going to camp. Still do. One year, some of the kids said the hardest thing about the week was having to get up so early. They wished we could flip the schedule around so that we were up all night and slept all day. So we did – at least figuratively. We reset all the clocks in the camp and rewrote the schedule so that breakfast was served around noon, according to the schedule, and the day went on from there. In actuality, things happened in the same part of the day as they always had, but we just decided what time it was. After a day or two, we believed the schedule we had created was true and we had a great week, until I got home and couldn’t figure out what time it was.

I think about that week most every year on this night because “springing forward” into Daylight Saving Time is basically doing what we did at camp on a national scale: we just decide what time we want it to be and go from there. Tomorrow the sun will go down an hour later than it did today not because the sun did anything different, but because we decided to make it an hour later. I heard parts of an interview on NPR with Howard Mansfield who has written a book called Turn and Jump: How Time & Place Fell Apart

and thinks Daylight Saving Time undermines our understanding of time:

Daylight Saving Time is like sitting in a room and listening to that gap between the two clocks go. We’ve all agreed. We’ve all accepted the clock is the truth. We always just want to get on with our day. And all of sudden we’re changing it back and forward. And it’s like saying the inch is going to be one length in winter and the inch will be another length in the summer. So wait a minute. So now we’re forced back to say, well, what is time? What is really time? And we don’t know. And it’s just as if we – OK – we all agreed that this is what 6 o’clock looks like and then we change that. It’s unsettling.

Now I hear Chicago singing in my head,

What Mansfield went on to say was we are at a loss because time has become disconnected from place. People used to know it was noon because the sun was overhead. Now, we don’t even walk to the window. We just look at our clocks or watches or smart phones. The clocks keep time and time holds us hostage.

One of the things I remember about growing up in Africa is how differently the people there thought about time. Take church, for instance. In most every church I’ve been a part of in America, worship is on the clock. If we go over an hour (or whatever the designated length is supposed to be), then we’ve shattered the sacred schedule. I remember one Sunday in high school when my father took some time at the end of the service to honor one of our youth sports teams. It was after twelve o’clock and people were restless. They were losing their place wherever they had planned to go for lunch. They were missing the first quarter of the football game. Dad recognized their disquietude and said, “Quit looking at your watches. Ten years from now you won’t remember what time we got out of church today but these kids will remember we took time to say we were proud of them.”

The people got quiet, but I don’t think he convinced them to change their perspective.

In the African churches, the service started when we all got there and it finished when, well, we were finished. The point was not to keep time, or even tell time, but to spend it. Together. If we sang for an hour while the crowd gathered, what mattered most was the singing and the gathering, not the ticking of the clock.

We do our best work with time in the church when we think in spans of time rather than in seconds. This season of Lent is a good example of finding the time that matters. We mark time by the events in Jesus’ life, by the places in scripture where he walked and talked and healed, and then we make of it a season, a time of year where we can expect thin places to encounter the Spirit much like we expect the blossoms on the fruit trees that are harbingers of harvest. Maybe we should give up clocks for Lent.

One of my favorite time phrases in the gospels speaks of Jesus’ birth and says he was born “when the days were accomplished,” which is a wonderful and poetic way to say when the moment was ripe. In these days, when a woman is pregnant beyond her “due date” (according to the calendar), we think the baby is late, as though the kid missed his or her birthday instead of seeing things happening all in good time.

Daylight Saving Time would make a good band name, but the true time of our lives is not marked in minutes or saved by daylight. Renaming the hours will not help the days accomplish anything. The apostle Paul talked about “redeeming the time” and making the most of our days. In that light, Lent becomes a way for us to save time from the arbitrary arrogance of the schedule and what Mark Heard so eloquently called “the curse of the second hand.”

Come, let us take time and spread it out like a blanket; let us make time like we make bread, giving it room to rise to its fullness; let us tell time we are here just as we would tell a friend we had arrived for dinner and had come to stay until it was time to go. 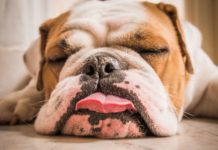