Last night was my one night this week to not be working in my restaurant, so Ginger and I went to eat in someone else’s place.

We got a call a couple of weeks ago from friends in Winchester who wanted to get together for a meal. It’s Restaurant Week in Boston, which means a number of restaurants usually out of our price range are offering a prix fixe menu of appetizer, entrée, and dessert for $30.06. (I don’t think they intended for the price to be the name of a rifle; rather, I think the six cents has to do with it being 2006.) That these places think thirty bucks is a bargain also lets you know we were not in our usual haunts.

The restaurant we chose was Olives in the Charlestown neighborhood of Boston, which was our neighborhood for twelve years before we moved to Marshfield. We loved it there. But for all our years in the community, this was only the second time we’d been to Olives because it’s one of those skip-the-house–payment-and-sell-the-children-so-we-can-eat-dinner kind of places. Based on our experience in Charlestown, we also stayed away because of the attitude of the place: Todd English was never a very good neighbor to the folks who lived near his restaurant and treated the community as though we should consider ourselves lucky to have him.

The host last night seemed to have picked up his attitude. Ginger and I arrived before our friends and stepped up to the host stand to let her know we were there. She treated us as if we were an inconvenience from the start. With her Euro-chic hairdo and her librarian-chic glasses, over which she looked at us, it was all I could do to keep from saying, “OK, what you do for a job is check reservations and hand out menus; don’t cop a ‘tude with me.”

I didn’t say that. Ginger and I walked across the street to City Square Park and waited for our friends. When they arrived, we went back in together and the other host showed us to our table. The food was quite good, though quite sparsely portioned (two tablespoons of “creamy corn polenta” doesn’t qualify as a side dish, Todd) – as was the wine, which was plentiful (thanks, Josh) – but the feast of the evening for me was the friendship. Betsy, Josh, Dave, Sue, Ginger, and I have shared a lot of years together. Children we saw born are now in middle school. We’ve all moved at least once. We’ve been through job changes, family tragedies, as well as triumphs and celebrations. We spent the evening rekindling memories and catching up on what is going on in real time. I came away full and happy.

A few years back, Ginger preached a sermon on the Ten Commandments in which she took the “don’t” statements and turned them into “do” statements: “Thou shall not covet,” for example, became “Be content with what you have.” You get the idea. The quote that has been on this blog since day one is, “There is no joy in eating alone.” Our wonderful dinner together last night leads me to follow Ginger’s example and look for a positive rephrasing: there is great joy in eating together. What makes a meal is whose around the table. The food tastes good when it was steeped in friendship.

We were on the early side of dinner. By the time we left, the place was packed. I looked around the room and saw circles of friends in varying number around each table, laughing and talking. When we passed the host stand, her demeanor had not changed. I wondered if she had any idea of what she was a part of.

When I put plates up to be served at the Red Lion Inn, I imagine they are going to tables filled with friends like ours was last night. That possibility is what makes my job most rewarding: I’m feeding friendships.

Last night, I was fed. 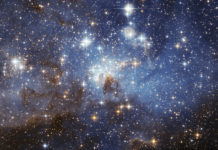