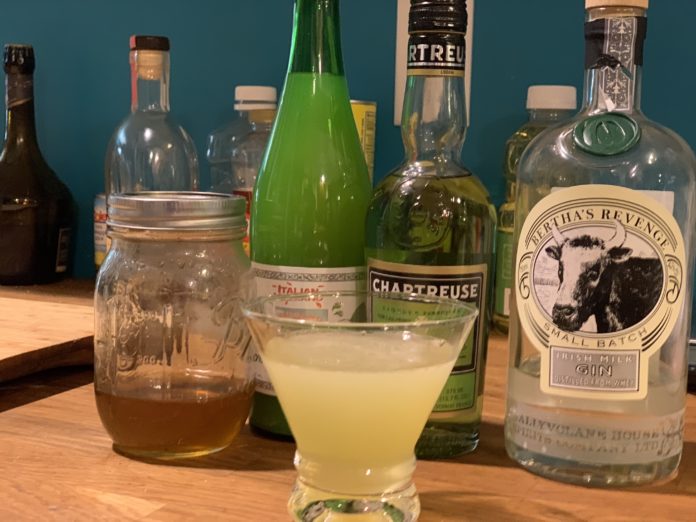 This is a first. I have never made up a cocktail before. It grew out of a conversation with a friend–over the poetry of Padraig O’Tuama, as I remember, and she said to me, “Why don’t you make up a cocktail called ‘A Thin Place’?”

I accepted the challenge.

That’s a lot to ask of a cocktail.

The package store in our town carries an Irish Milk Gin (which means it is made from whey), and that seemed like a good place to start. You could also use your favorite gin. I had the idea for the green tea syrup as a way to lean into more of a zen vibe. Green Chartreuse is a liqueur that I have become familiar with in other drinks and the taste goes well with gin. It also has a light green color. The lime juice helps balance out the flavor.

(Note: If you haven’t made simple syrup before, it is simply mixing equal parts sugar and water and then bringing it to a simmer and letting it cook until the sugar dissolves and the syrup thickens a bit. For the green tea syrup, I used a cup each of water and sugar and added two green tea bags while it was simmering.)

Because her father and I are friends, I got in touch with Shelby Atkinson, who is an amazing bartender in San Diego, to double check my instincts and to get some help with ratios. Here is the final version.

Put four cubes in the bottom of a cocktail shaker and then add the ingredients. Shake well and pour into a martini glass. As you sip, here is one of O’Tuama’s poems to ponder.

The Pedagogy of Conflict 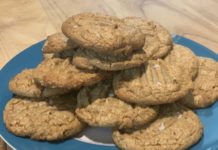 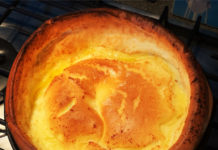