Carl and I were the only ones at the restaurant for most of the morning, which is usually the case on Saturdays. He is the function chef and I am the lunch cook. Carl does brilliant work in his kitchen. Not only does he make great food, he does it in a way that he can serve two or three hundred people at once and have them feel as though they ate at a good restaurant, rather than chomping on a rubber chicken. He is also as wonderfully odd as he is talented. We took a break about eleven and he said, “I love the way spring smells.”

The sentence just struck me funny. I understood what he meant: the air is full of new sounds and aromas and possibilities. I just thought he said it in an amusing way. Then he went on.

“I just feel better in the spring. Everyone gets better looking, even ugly people – especially when they’re driving.”

I laughed and said, “Yeah, we finally get to roll down the windows and sing along at the top of our lungs.”

I thought about his comment at different times and smiled each time I did. If life is a beauty pageant, neither one of us is going home with a tiara, so it helps us both, I suppose, to know there are moments in life when we all look good. To think some of my best moments are cruising along in my lapis blue Cherokee Sport with the windows down singing, “Tramps like us – baby we were born to run” at the top of my lungs is a pretty good thought.

I also think I look pretty good in the kitchen. It’s a place where I feel comfortable, where I feel creative, where I love to be. It always smells like a new season in the kitchen and you can sing there, too. I like dressing up like a chef as well. This weekend, Robert, our head chef, told me I could do my own lunch specials, so, since it’s lunch in the pub, I created a burger. I made a Guinness barbeque sauce to start with. When I assembled the burger, I put the sauce on the burger, then bacon, melted Swiss cheese, and then topped it with fried onion rings. It comes with fries and a pickle for just $8.95. It looked awesome and it tasted great. Tonight, I got to make sushi. I made a spicy tuna maki roll.

Robert’s the one who first taught me how to make sushi. As soon as I learned how, he started delegating and made me the sushi maker in the restaurant. His ability to affirm and encourage others and let them shine in his kitchen is one of the things he does best. He likes seeing us all look good.

Last night, as I was falling asleep in front of the television, there was some story about yet another award ceremony for actors. The clip I saw showed Dakota Fanning receiving a best something award. She was graceful and grateful in the few words I heard. She is fortunate to work in an arena that seems to thrive on handing out awards. I realize that often it’s the same six people who get those awards, regardless of the event, yet I still think it’s an amazing thing. A billion people around the world tune in to watch the Academy Awards. Is there really someone in Azerbaijan tuning in to see if Heath Ledger was going to win?

I wish there was a ceremony for Dishwasher of the Year. I would nominate Thelma.

What Carl loves about spring is the equality of it all, it seems to me. For a few moments, maybe even days, at the beginning of a season that is all about beginnings, we all get to look good without it being a competition.

I drove home tonight listening to part of the Men’s Final Four on the radio. Usually, I’m glued to the television for the last of March. I love watching the tournament. This year I have seen only part of one game – in a year many have said was the best tournament ever. As luck would have it, my drive home was between the two games, so all I got to hear was the sports guys talk way too much about, well, everything. To hear them, nothing in the world mattes as much as what is going on in Indianapolis this weekend. And it is important. – just not that important.

After a few minutes, I turned it off and started trying to think of what to write tonight, which led me back to Carl’s comment, and then I thought of a scene In Young Frankenstein where they’re trying to capture the Creature and have realized they can’t overpower him. So Gene Wilder, in a stroke of genius, says, “Hello, Handsome!” and compliments the guy into submission.

Along with my burger, one of the things on our menu tonight was a Chicken and Corn Chowder that Eduardo made. It was really good and we sold a lot of it. When the servers complimented the soup I said, “Eduardo made it” and they would then say something to him. I watched the compliments land on him all evening and I saw the way they relaxed him. He got better looking as the night went on. So did I. I loved the people kept ordering the burger and we almost sold out of the maki rolls I made this afternoon. I had fun today.

After eleven hours in the kitchen, there’s not much more to tell than that. We worked hard, we had some laughs, we enjoyed being together, and we looked forward to a season that promises a whole host of days where we all look good driving and singing. I think I may have to put the Springsteen CD in the car for the ride to church in the morning. With one less hour of sleep, I want to look my best, and I do, according to Carl, when I’m singing with the radio. 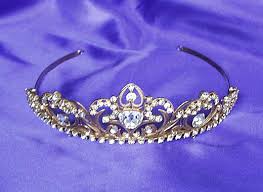