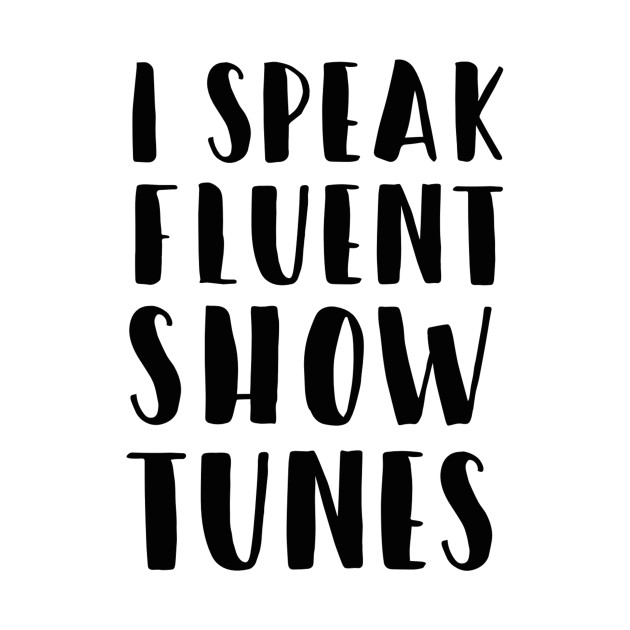 I preached this week at United Churches of Durham, Connecticut, as a part of their Summer Preaching Series. My text was James 1:17-27.

When I read our passage from James this week, the first thing that came to mind for me was Broadway show tunes. Am I right? No? Well, let me explain.

When I was a junior in high school, my family moved from Africa to Houston, Texas. I had never been in a high school that had a big chorus, or that put on a spring musical. My teacher was Virginia Smith, who was a local legend. She loved musicals, but she always mocked how easily you could see a musical number coming in the script. She would smile and say, “I smell a song.”

One of the things I learned from being in her choir was how to listen well. I sing tenor, which means my part usually sang harmony, not the melody. To sing harmony well you have to learn to listen before you ever open your mouth.

My senior year, I was in the chorus of George M!, a musical that told the life story of George M. Cohan. He is probably known best for songs like “Give My Regards to Broadway,” “You’re a Grand Old Flag,” and “Yankee Doodle Dandy.” One of the numbers in the show was the title song from the musical I’d Rather Be Right, in which Cohan played Franklin Roosevelt. The opening line of the song said,

I’d rather be right than influential . . .

Somehow, those words became the soundtrack as I read James talk about “being doers of the word and not just hearers.” It is difficult to read James’ words as something other than a proclamation to our nation. That sermon is in there. James talks about caring for widows and orphans. His words are a springboard to talk about our calling to take care of not only widows and orphans, but also immigrants, outcasts—and to talk about how we are failing to do so as a nation. But that’s not the sermon I want to preach this morning. I do want us to pray for ways to care for our neighbors in the widest sense of that word, but the line from the song in the musical too me another way.

I’d rather be right than influential . . .

Right is a tough word.

We often hear it to mean correct, as in I’m right and you’re wrong. One of the hymns I sang growing up began, “We’ve a story to tell to the nations that will turn their hearts to the right.” In our cultural parlance, right also means conservative, referring to those who are holding the line against too much change. But that’s not what the song was about. We might understand it better if the line said, “I’d rather be true to myself than influential.” He didn’t want to lose sight of himself clamoring to be noticed or famous.

In the vocabulary of faith, we can hear the word right in a number of ways. Across Christian history, the word has been attached to doctrine. Orthodoxy means “right belief.” People were punished, imprisoned, and even executed to protect what was “right.” Most all of our denominations have divisions in their histories and the splits often have to do with both sides thinking they are right and God is on their side.

But James reminds us that faith is not about being right, nor is it about taking sides. It begins with listening.

“You must understand this,” he says, “let everyone be quick to listen, slow to speak, slow to anger; for your anger does not produce God’s righteousness.” Our anger doesn’t make us right, even when it is righteous indignation. We are not trying to win an argument. We are working to build a beloved community. The point is not to speak first, but to be the first one who chooses to listen. Instead of speaking, listen and do. Make space for conversation. Put your faith into tangible actions. Bridle your tongue. Take care of widows and orphans. Our word orphan comes to us fairly intact from the Greek word orpahnous, but that word could also mean bereaved, or abandoned, or comfortless. Take care of those around you who are hurting, which is everyone of us. And do so without weighing whether they deserve our help.

Let me say that again: do so without weighing whether they deserve our help.

But we as Christians are called to be generous, not philanthropic. We are called to give to others as God has given to us—without strings attached.

Wait— I smell a song.

When we lived in Boston, I was in a production of Godspell at Cambridgeport Baptist Church. I played guitar in the band and I had two solos, one of which was a song called “All Good Gifts.” The chorus comes the first part of today’s passage.

We are created in the image of One who is the Ultimate Spendthrift. Our God is excessively extravagant in generosity and created us to go and do likewise. The call to care for those who are comfortless is not merely a duty or an expectation, but a manifestation of who we are meant to be. We are our truest selves when we are generous. Those who only hear the word and don’t do anything about it are like people who walk away from the mirror and forget what they look like, James says. When we incarnate the love of God to those around us, we remember who we are and why we’re here.

We are not called to correct the world, but to love one another, face to face, hand to hand.

That sounds lovely, but I wonder if James had any idea just how much he is asking us to do. To be doers of the word means to care for others without judging, to offer ourselves without currying favor or craving status, to listen to others without calculating a response.

But if we really listen to those around us, the needs and hurts would be overwhelming. Yes. And if we really listened to them, the hope and beauty would be overwhelming as well. Life is overwhelming. It’s easy to feel small and unnoticed, to feel as though we are not influential or powerful. It’s easy to feel as though we have all we can handle taking care of our own stuff. Life is not a Broadway musical. We can’t count on a happy ending, necessarily. But if we pay attention, we can smell a song: the song of God’s tenacious and unending love, a melody that is shot through the very fiber of creation, and one we were built to hear and sing together. Amen.