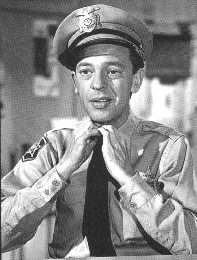 I heard about it on my way to work at the restaurant on Saturday morning and I began to chuckle and feel sad at the same time. Barney Fife (whose middle name was Milton) is one of the TV characters who has left a deep impression on me. I’m grateful for the life of Don Knotts.

Since I grew up in Africa, I first saw The Andy Griffith Show in reruns, particularly in college. One of the stations played several episodes in a row every afternoon and there were a bunch of us who would watch together almost everyday. We memorized most of the dialogue and it became our way of communicating much of the time. I still carry some of the lines in my muscle memory that talk about sin, heartache, physical ability, and, of course, nippin’ it in the bud.

Marrying into a family from Birmingham, Alabama meant moving to Mayberry in some ways. My mother-in-law is the champion of Andy Griffith trivia, bar none. She could of easily been one of the characters on the show just by being herself: honest, welcoming, hopeful, and hilarious. I’m not sure many days go by without Ginger and I making some sort of Barney reference. The relationship in my life most marked by Barney is my friendship with Burt, who now pastors a church in Waco, Texas.

Burt and I met in the fall of 1976, when he started to Baylor. We have remained fast friends since, and were roommates in seminary. He does the best Barney impersonation I’ve ever seen. On more than one occasion, we’ve gotten on to elevators in office buildings and each moved to a different corner. When the car filled up, we began to sing the Mayberry Union High Fight Song (watch Part One to hear the song), or hum “The Church in the Wildwood” in harmony the way Andy and Barney did sitting on Andy’s front porch in the cool of the evening. No one else really understood, but we cracked ourselves up.

Burt was the first person I heard draw the parallel between Andy and Barney’s friendship and that between Jesus and Peter. Peter, he would say, was the Barney Fife of the gospels: quick to speak, slow to think, running into any situation with his one bullet in his pocket believing he could take care of things, and always getting in over his head. Jesus responded with grace and forgiveness, over and over – as did Andy – sometimes chiding, but never humiliating or belittling his friend. Though Burt does a hell of a Barney impersonation, he has been an Andy kind of friend to me, for I’ve had my share of Barney moments.

Thanks to reruns and DVDs (and even a site that lets you watch online), Barney will live on for a long time, despite Don Knott’s passing. He left a wonderful legacy. I heard an interview clip where Knotts talked about the danger of playing one character too long was you became typecast. You couldn’t get other parts because directors believed the audience could never see you as someone other than that character. Knotts went on to say, even if that were somewhat true, he was glad to be remembered as Barney Fife.

Would we could all find the grace to be such a character: unabashedly ourselves, and full of confidence and hope because we trusted the companionship of a true friend.

Here’s to you, Barn. Give us one last word.