This has been one of those weeks where Ginger’s schedule and mine leave us feeling as though we live in different time zones, so I rode with her to her meeting on the other side of Boston just so we could have time in the car together both going and coming back. While she went to work, I spent a couple of hours in the Cherry Tree Pub in West Newton, Mass. – and it was time well spent.

The room was lit mostly by the two giant flat screen HD TVs that have probably never been on any other channels than ESPN or a Sox game. The left half of the shotgun room was taken up by a long wooden bar and the kitchen (in the back half of the room); the right side had a few booths. One woman, whose name was Pam I quickly learned since I was the only one who entered the bar without calling her name, was the server for the front of the house and there was one cook in the kitchen. They had almost as many different kinds of draft beers as they had customers at the bar. Pam knew what everyone was drinking the minute the walked in.

What mattered most to me was they had Guinness. I spent my evening with a big

black beer and a cherry tree (with apologies to KT Tunstall). Sitting in a neighborhood bar in Boston, I couldn’t help but think of the theme song from Cheers all those years ago:

From the time I first heard that song, I’ve thought (like many others) the sentiment expressed what church should be: a place where you belong and everyone knows your name. Don’t we all wish we could walk into the church building and be greeted like Norm when he walked into the bar every afternoon? Which reminds me of my favorite exchanges on the show.

Last night I spent about an hour longer at a church planning meeting than I spent in the pub tonight. Everyone in the room was in a place where everybody knew their name. We had come together to talk about our plans for the near future and to dream about what we hope might (or might not) happen in the days farther out than we can see from here. We are a congregation that has worked hard to learn how to communicate openly and forthrightly with one another. We’ve done a pretty good job of diffusing any pew side bombs that may have been lying around. We like each other. We love our church. We want the best for our congregation in the days to come and we want to reflect Christ’s love in what we do and say. Even so, coming to consensus is often about as easy as herding cats.

To find togetherness in a Boston bar, all you have to do is love beer and the Red Sox. This review of the Cherry Tree makes my point:

Went here on Friday night. I can’t say the bartender was friendly, but it was a decent pub. It’s a long story about how the night ended, but the bar was ok. EDIT- I am moving this up to 4 stars cause me and the bartender are cool now…actually both bartenders. Typical Boston, ya know? Everyone is all cold at first, then they get to know you, and you’re in like Flint. What does that mean, anyway? (holly m.)

Well, Holly, according to World Wide Words, the phrase is “in like Flynn” and “It’s suggested by some writers that the phrase really originated with another Flynn, Edward J Flynn — “Boss” Flynn — a campaign manager for the Democratic party during FDR’s presidency. Flynn’s machine in the South Bronx in New York was so successful at winning elections that his candidates seemed to get into office automatically.”

As the meeting wore on last night, I could see the issues on which belonging hinged for different people; they weren’t the same for everyone. What made one passionate left another passive. What seemed urgent from one point of view was almost unnecessary from another. Long range church planning is a paradox on the cusp of a conundrum: it’s crucial work that can’t really be done with any specificity short of saying, “What we want to do for the next fifty years is follow Jesus.”

When we brush up against the mysterious ambiguity to which we are called, the institutional spontaneity, the faithful irreverence, the communal disquietude, then we are truly a place where our names are known, where we belong, and where we can most certainly find someone willing to go out for a beer when it’s all over. 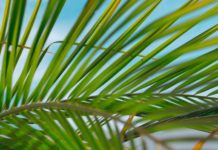