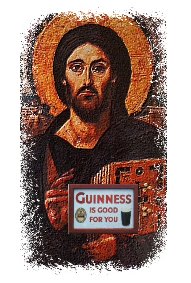 Since our senior pastor is on vacation, I’ve preached three of the last four weeks. Since the Lectionary in August can’t seem to get away from “bread” passages, I’ve preached from some of my favorite scenes in the gospels. This week I realized I had created an inadvertent sermon miniseries on some of the miracles of Jesus: three weeks ago, I talked about the feeding of the five thousand; two weeks ago, Jesus’ healing of the man at the pool at Bethesda; this week, Jesus’ turning the water into wine at the wedding in Cana. I’m drawn to the accounts of Jesus’ miracles in the gospels because they speak to me of God’s creative and risky side, God’s effusive generosity and spontaneity, and maybe even a little of God’s mischief.

Yes, I know God is the Creator of All Things who breathed the universe into existence out of nothing, setting in motion an intricate and interconnected web of existence that continues to confound us at every level of life. And I know that part of the way we have come to terms with what we strain to comprehend is by identifying the order and patterns we can see and quantifying then. We have laws like the Law of Gravity or the Second Law of Thermodynamics (I never can remember what that one is); we have named everything from animals to asteroids; and we have set about trying to find a way to explain most everything through science and reason. All of that is good work and none of it leaves room for a guy to feed five thousand with a sack lunch, walk across the sea, heal a man with a few words, or change a hundred and eighty gallons of water into mighty fine wine.

He always had some mighty fine wine.

When I was a teenager, I lived, for a time, in Accra, Ghana. One Sunday, a Ghanaian seminary student was preaching. He was Indian by heritage and spoke English with a strong accent. “We cannot weigh God,” he said, “and we cannot measure God, which is a great disappointment to the scientists you know because they want to weigh and measure everything.” The scientists are not alone: there’s some of that in all of us. Most of us like to know what’s coming, like to be able to plan, like to feel some sense of structure and familiarity to life. One of the great paradoxes of our existence is the God who made us lean towards order is a God who is full of surprises and disguises, who loves to ambush us with grace and leave us with gifts we can accept but not explain.

Gail O’Day writes: “John 2:1-11 poses hard questions because the miracle challenges conventional assumptions about order and control, about what is possible, about where God is found and how God is known. Indeed, the impact of the miracle is lost if one does not entertain these and similar questions, because the force of the miracle derives precisely from its extraordinariness, from the dissonance it creates” (NIB IX 540).

The miracle described in John 2 is Jesus’ first recorded miracle. John begins his gospel by waxing eloquent about the Word becoming Flesh, describes Jesus calling his disciples and then recounts what Jesus did at Cana as a way of introducing who Jesus was and what he was about. One of my favorite renditions of the story of Jesus’ life is a play called The Cotton Patch Gospel, which retells John’s gospel as if Jesus had been born in Gainesville, Georgia and grown up in the South. As the wedding unfolds and Mary comes to Jesus and says, “They have no wine,” Jesus steps aside to pray and says to God, “You give me the task of saving the world and here I am playing bartender!”

However dissonant it feels to us, his mother thought it was an appropriate role. When Jesus seemed reluctant, she told the servants to follow his instructions. Just as he told the disciples to start handing out the loaves and fishes, and the crippled man to rise up and walk, Jesus told the servants to fill the six giant water jars with water and then fill their pitchers from them and serve the guests. They put in water and poured out wine – lots and lots of wine — and top shelf stuff so much that the guests accused their host of holding out on them. They thought the wine was gone and now there was almost two hundred gallons of the good stuff. Unless there were a couple of thousand people at the wedding, Jesus’ extravagance created enough wine to let the party go on for a long, long time.

God’s extravagance is the first stumbling block for us when it comes to miracles. Why have twelve baskets full of leftovers after feeding the five thousand? Wasn’t feeding them a big enough deal? If Jesus could change the properties of liquids so easily, why not have it happen in each guest’s glass? Why give the party a lifetime supply of Pinot Noir? I say stumbling block because we are created in God’s image and called to live like Jesus. If extravagance is the hallmark of our God, we have to come to terms with our unwillingness to live generously. God is extravagant; we are not – that trips us up every time.

Jesus’ miracles are not the first indicator of God’s extravagance. When we look for it, we can see God has been the Ultimate Spendthrift since the beginning. In Pilgrim at Tinker Creek, Annie Dillard writes:

So I think about the valley. And it occurs to me that everything I have seen is wholly gratuitous. The giant water bug’s predations, the frog’s croak, the tree with the lights in it are not in any real sense necessary per se to the world or to its creator. Nor am I. The creation in the first place, being itself, is the only necessity, for which I would die, and I shall. The point about that being, as I know it here and see it, is that, as I think about it, it accumulates in my mind as an extravagance of minutiae. (129)

The creative and artistic extravagances we see all around us in creation becomes relational in Jesus, who incarnates God’s love and grace with the same kind of abandon. The first act – the first indicator of what kind of Messiah had come – was to keep the celebration going for one small wedding party. All of Jesus’ miracles have an intensely personal context. There were no grand gestures to rid the world of hurricanes, or eradicate all disease. Even when he calmed the storm on the Sea of Galilee he did it because his disciples – his friends – were frightened. Though we may not be necessary to God (in the way Dillard describes), we are essential. Such is the nature of extravagant love: God doesn’t love us because God needs to or is required to; God loves us because God is Love and love thrives only in relationship.

“Be filled with the Spirit,” Paul wrote in Ephesians 5, “speaking to one another in psalms and hymns and spiritual songs, singing and making melody with your heart to the Lord; always giving thanks for all things in the name of our Lord Jesus Christ.”

Then he says on more thing: “Subject yourselves to one another out of reverence for Christ.”

Actually, Paul finishes the chapter the same way he started it. In Ephesians 5:1 he says, “Be imitators of God.” When he wrote to the Philippians, he said, “Have the same mind in you which was also in Christ Jesus.”

And may there always be some mighty fine wine – singing, “Joy to the world, all you boys and girls; joy to the fishes in the deep blue sea; joy to you and me.