The woman who wrote the article I talked about yesterday said one of the ways she tried to reach her daughter was to put poems in her shoes because, she said, “What I wanted her to know is: People have been in pain before, struggled to find hope, and look what they’ve done with it.”

As I was going through one of my daily rituals—reading The Writer’s Almanac online (since it is not on our NPR station here)—I realized Garrison Keillor has been stuffing poems in my proverbial shoes for years. More mornings than not I have found something to tuck in the pockets of my heart for when I need it most. This week, I found two keepers. The first is from today: “Three Mornings” by Jane Hirshfield.

In Istanbul, my ears
three mornings heard the early call to prayer.
At fuller light, heard birds then,
water birds and tree birds, birds of migration.
Like three knowledges,
I heard them: incomprehension,
sweetened distance, longing.
When the body dies, where will they go,
those migrant birds and prayer calls,
as heat from sheets when taken from a dryer?
With voices of the ones I loved,
great loves and small loves, train wheels,
crickets, clock-ticks, thunder-where will they,
when in fragrant, tumbled heat they also leave?

When Ginger had her sabbatical in 2006, we spent time in Greece and Turkey tracing the steps of the apostle Paul. We spent three or four days in Istanbul ourselves and were moved by the calls to prayer that came from every direction. The voices were strong and beautiful. As we were captured by the singing, we were also struck by how few people stopped to listen. Life went on as the melodies wafted over us. We stopped wherever we were to take it all in. I wrote about our experience in an earlier blog post:

We decided to start back to the streets around our hotel, which are in a little bit more economical section and inhabited by both Turks and tourists living on a budget. We bought things in two shops where the shopkeepers were not hard sellers and the prices were fair (another surprise) and ended up for dinner at Doy Doy (another Lonely Planet suggestion and two blocks from our hotel) where we both ate for less than what it cost to feed one of us at lunch. By the time we finished dinner and began walking home, the calls to prayer were pealing out once more. Gulden (our guide) talked about the origin of the prayers five times a day, accompanied by ritual cleansing and body positions as one prays, coming out of life in the desert. The washing of the hands, feet, head, ears, and neck three times before praying would have refreshed the desert traveler; the prayer positions would have served as stretching exercises: the practice of prayer was a way to stay healthy in more ways than one. Here, far away from the desert, few seemed willing to stretch their muscles, both physical and spiritual.

Poetry, like prayer, is exercise for the heart. The words stretch us, nourish us, push us, challenge us, comfort us, and call us to see beyond the little frontiers of our daily existence. Here’s another poem Garrison left a couple of days ago: “Dawn Revisited”
by Rita Dove.

Imagine you wake up
with a second chance: The blue jay
hawks his pretty wares
and the oak still stands, spreading
glorious shade. If you don’t look back,
the future never happens.
How good to rise in sunlight,
in the prodigal smell of biscuits –
eggs and sausage on the grill.
The whole sky is yours
to write on, blown open
to a blank page. Come on,
shake a leg! You’ll never know
who’s down there, frying those eggs,
if you don’t get up and see.

“Imagine you wake up with a second chance”—what better invocation and invitation into whatever life holds for tomorrow or any other day, and a call to relish the poems and prayers that find us and remind us that people have been in pain before and found hope in the struggle. We are not alone. 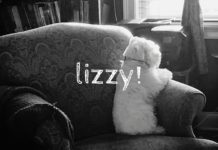