Today was a quintessential Durham Day.

I started by dropping off cookies at Cocoa Cinnamon where I met Sarah, a member of our church, to talk about a fundraising dinner I am going to cater this summer for her nonprofit organization. Then I went to lunch with Leon, who owns Cocoa Cinnamon along with his wife Areli. We ate at Ninth Street Bakery (an amazing bowl of Thai Curry) and fed our friendship with a discussion of dreams and hopes and faith. I rested a bit this afternoon and then went down to Fullsteam Brewery for our church Lenten Study (an adult confirmation class of sorts) and continued my Lenten ritual of an awesome grilled cheese from Paul and the crew on the American Meltdown truck (tonight’s was a “Dirty South” — pimento cheese and andouille sausage) and a Fearington Winter Ale from Jordan and Zack at the bar. Eight Pilgrims (that’s what we call ourselves) — Ginger, Mandy, Brad, Cat, Katie, Bev, Laura, and I — sat around one of the tables in the big room talking theology as the Middle Eastern band warmed up in preparation for the monthly belly dancing demonstration. I managed to finish our session just as the dancers began.

It was quite a segue. The room filled up with people who had come to support and encourage those who were dancing. Each group appeared to be a class — from different places, I imagine — who had worked hard on their routines. Some were more advanced than others, some had fancier props or makeup, and all of them danced with abandon. The crowd was energetic in their enthusiasm, the whole scene a beautiful picture of community.

In the hour before the dancing began, we talked Theology: capital T, stained glass words and all, and in that discussion we came to the Trinity. We talked a bit about different metaphors people had offered over the centuries, such as St. Patrick’s clover, to explain the way Creator, Christ, and Holy Spirit manage to be the three-in-one God, and we talked about how metaphors both help and often break down. I went on to say what I find most meaningful in the Trinity is the image of God in community with God’s self: the image of the triune God is an example of the kind of community we are called to be. We had to keep talking louder and louder because the Middle Eastern instruments were competing with our voices, one room holding us all.

The image of the Godhead weaving in and out of one another, negotiating their collective existence, interacting without resonance rather than relegation, hope rather than hierarchy, mutuality rather than manipulation, a living picture of Life Together. In her sermon on Sunday, Ginger reminded us we are called to choose relationships over rules, norms, and doctrine. We are called to choose each other, to say, “This is my beloved . . .” every chance we get, to be our own incarnation of the togetherness we see in the Trinity. Faith and life, as I have said on more than one occasion, are team sports, not individual events. Do justice. Love kindness. Walk humbly with God. None of those happens alone.

While I was waiting for my sandwich before the group from church arrived, Paul, who owns American Meltdown with his wife, Alysha, and I were talking about the sense of camaraderie among the food truck folks in town. Much of that has to do with what Nick and Rochelle have done at The Cookery, which is the commissary kitchen where many of the trucks do their prep work. The common kitchen helped to create a sense of community among them; they pull for each other, help each other out, and even collaborate for special events. We agreed that one day someone will look back and want to tell the story of what if felt like to live in Durham during these days. We live in an encouraging and exciting place. Togetherness was happening all around us. We ate together. We drank together. We talked and laughed and prayed together. And some of us even danced. A couple of weeks ago, as we were beginning our Lenten study, I pointed out that faith is a verb in Greek and a noun in English. For most of the history of biblical translation, we have used the word believe, but I think it falls short because it turns it into intellectual assent. Trust is a better translation because faith carries with it some idea of risk, of relationship, of vulnerability. Trusting God is different than believing. Through the sweeps and turns of my Durham Day, trust was the common currency. We are in this together and trusting one another to see what we can do next as we weave in and out of each other’s lives.

We didn’t need clovers to get a picture of the Trinity tonight. 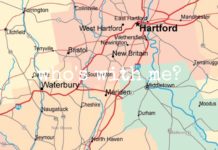 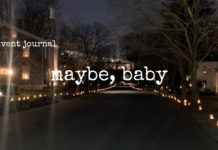 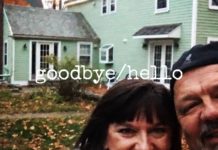