Marcia Norman: a new name to me, as of last night when an excerpt from something she had written arrived in an email from a dear friend. He didn’t offer commentary; he just knew she had something to say that I needed to hear, which was true. Now I want to pass along some of her words from a lecture at Kenyon College in 1986.

When the critics don’t like you, you fall, right there in front of everybody. But there is actually no way to do significant work of any kind without falling. Falling is, actually, the most important part of this life. If you don’t fall, then you aren’t working close enough to the edge. Then you are secretly holding on, then you’re not really flying, you just fooled everybody for a little while. . . . Falling, then, is necessary, but dangerous. People can get hurt in a fall. People can die from a fall. Well, what they die of his internal injuries, of course. . . . And we must fall. You cannot do this work if you cannot live the life. The higher you go, the further you have to fall, the stronger your nets have to be,  the better your catchers have to be. The one thing you cannot be is afraid to fall. You will fall. . . . Learning to fall is looking for things you’re not even sure you have, like wings, for example. And if you don’t find them, well, at least you looked. So you fall, so what. The only way not to fall is not to move at all. I urge all of you to fall often and land hard if you have to, or gently if you can. And then show your scars to everybody.

“You know that song ‘If a body catch a body comin’ through the rye’? I’d like—”

“I know it’s a poem by Robert Burns.”

She was right, though. It is “If a body meet a body coming through the rye.” I didn’t know it then, though.

“I thought it was ‘If a body catch a body,'” I said. “Anyway, I keep picturing all these little kids playing some game in this big field of rye and all. Thousands of little kids, and nobody’s around–nobody big, I mean–except me. And I’m standing on the edge of some crazy cliff. What I have to do, I have to catch everybody if they start to go over the cliff–I mean if they’re running and they don’t look where they’re going I have to come out from somewhere and catch them. That’s all I’d do all day. I’d just be the catcher in the rye and all. I know it’s crazy, but that’s the only thing I’d really like to be. I know it’s crazy.”

Catcher or critic — a fork in the road we come to quite often. How we respond to the offering before us, whatever it might be, could determine whether the one offering flies or falls. (Did I mention I’m preaching to myself here?) I do believe we are at our best when we make an excellent offering, whatever we’re doing. Work hard. And then work some more. Dream big. Proofread. Pay attention to the details. But what both Norman and Caulfield are talking about is not so much aimed at those offering as those of us receiving who do well to remember we all need better catchers. Perhaps correcting the punctuation or grammar doesn’t need to be the first thing we do. Or the second. What if long before we felt corrected, we felt listened to, regarded. Caught.

Thanks to my friend, Terry, who pointed me to this video I can show you what being caught looks like.

Note: I should have made mention that the father who filmed his daughter singing with him made the movie in the middle of the night when his little one couldn’t sleep because she was afraid of the fireworks she heard. That’s why she keeps stopping — and he keeps catching her. 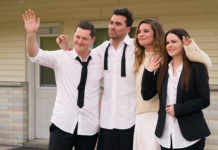 the best of us 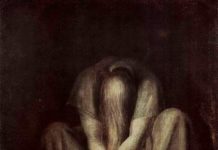 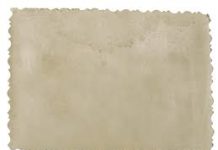