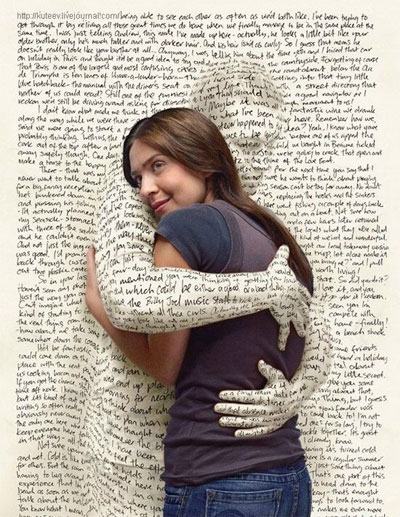 In the last few minutes before we had to leave the house in order for me to catch the 8:32 train to New Haven, I realized I needed a new book to accompany me on the journey over the next few days. I perused the bookshelf and pulled out a novel suggested to me by my friend Claudia in Durham. The book is called The Illusion of Separateness

. I remember reading the first couple or chapters, but I could not recall what happened or what I read and its been a while since I read a novel, so I thought it would be worth taking along for the ride.

The epigraph is a quote from Thich Nhat Hanh: “We are here to awaken from the illusion of our separateness.”

So far, nothing has happened in the book. Each chapter’s title offers a name, a place, and a date: Martin, Los Angeles, 2010; Mr. Hugo, Manchester, England, 1981; Sébastien, Saint-Pierre, France, 1968; John, Coney Island, New York, 1942. Each chapter offers a vignette, a picture of a certain time in the person’s life, with little attempt to connect it to what has gone before and what comes after. And the language is stunningly beautiful. I have to share a couple of examples.

Martin decided not to go back to college, so his father revealed the mysteries of flour, water, heat, and time. (8)

He realized this early on, and realized too that what people think are their lives are merely its conditions. (12)

She was from Nigeria and spoke English gently, words handed, not thrown. (26)

But Sébastien is not looking through the window, but through the scrapbook of things that have pierced his heart. (48)

Then a moment before the snap of the shutter—a gust of wind lifted John’s hat. Harriet screamed and couldn’t stop laughing. Behind her, people on the Ferris wheel and the roller coasters were screaming too. You could hear them up and down the boardwalk, lost forever in that last great afternoon of their lives. (57)

Rain says everything we cannot say to one another. It is an ancient should that willed all life into being, but fell so long upon nothing. (62)

I know I am offering a lot of quotes, but each one of those—and several others—stopped me in my tracks on the train, if you will; I was awed by the power of the author’s intentional expression. I have to give you one more—my favorite.

But for a moment the old man doesn’t realize he is dead. He can feel Martin’s heart and mistakes it for his own. (20)

I read fiction most consistently in my life when I was teaching English at Charlestown High School in Boston, and then at Winchester High School, a little farther north. Alongside of multiple readings of Of Mice and Men, The Scarlet Letter, Frankenstein, and The Great Gatsby, I read for myself as well. In those days, I also imagined I had my own great American novel to offer and that quest helped me learn how to write as well. I love the moment when a writer takes my breath away with his or her choice of words. I never tire of reading as Gatsby realized the green light across the water is Daisy’s house and the narrator says:

His count of enchanted objects had diminished by one.

The sentence offers room for resonance, space to stop and understand, rather than simply saying, “When he figured out the light was at Daisy’s house, he kind of lost interest.”

While I’m geeking out on quotes here, I do actually have a point. I’ve been thinking this evening about the lines from scripture and from carols that help me get to the manger. Some are sentences, some whole stanzas. Here is are a couple of examples.

And so it was, that, while they were there, the days were accomplished that she should be delivered. (Luke 2:6)

Though I rarely bust out my King James Version, the poetry of Luke’s description of the birth of Jesus comes alive in ways that more contemporary translations do not, for me. The verbs in the last half of this verse are where it all happens—and they are both passive tense: the days were accomplished, and she should be delivered.

I know the language is four hundred years old. I know the words, as I understand them, don’t mean exactly the same thing as they did in those days. And that the days accomplished what they needed to do to deliver Mary to that moment in the manger is just too good. Two millennia later, we can’t read the story without some sense of its cosmic significance, yet this is a small story, like Martin holding the dead man so close that he mistook Martin’s heartbeat for his own. The shepherds represented no one other than themselves. The Magi were not a huge diplomatic contingent. We’re talking a handful of people in a hayloft, marveling at a manger.

My job at the computer store these days is to help people get their phones and tablets back in working order. Today, I helped a woman who is a visiting hospice nurse get her phone back in working order. When it came back on, she teared up because her families, as she called them, could get in touch with her. Another didn’t know a password because it had been her husband tablet and he had died. Tonight at church we had a “Service of Reflection and Hope” as a way to make room for the grief and sorrow—both personal and global—that we carry through the holidays. People had a chance to come up and light a candle, or write a name on a place card and put it on the Communion table, or be anointed with oil as a sign of healing, awakening us from the illusion of separateness and reminding us of the reality of our connectedness.