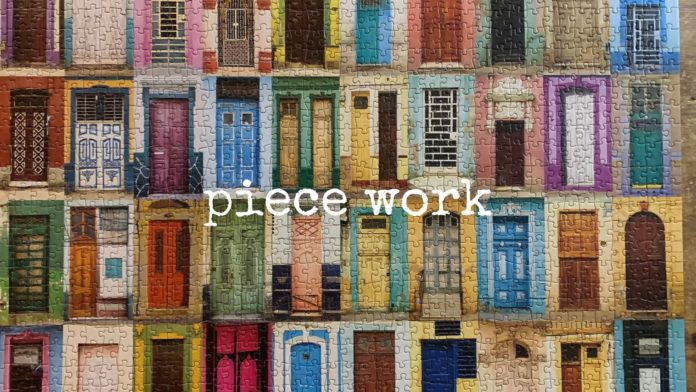 The afternoon that they moved my mother into hospice her doctor came to check on her. Although we all knew she would never leave the hospital, her death was not imminent. She looked at the doctor and said, “If my goal is heaven, what do I have to do?”

He smiled and said, “Stop eating and drinking.” And then he said, “I want you to know you have made a decision of courage and hope and not despair.”

By the time we got to January 8, 2013 she was beginning to tire, but she was also just four days away from her eighty-fourth birthday. She never said out loud that she wanted to live until then, but that’s how it felt as I sat in the room with her. On January 12 we sang to her and she had some cake, which was the last thing she ate. After that night, she didn’t drink anything. She died on January 15.

Aș we prepare to mark the seventh anniversary of her death, I have found solace in doing some of her favorite things. One of those, of course, is cooking. Saturday, I made her version of Taco Salad, which comes with its own story.

My mother was willing to give up lots of things to move ten thousand miles away from her Texas home and live in Africa, but I think the thing she missed most were Fritos corn chips. After three or four years, she wrote the president of Frito-Lay, which was headquartered in Dallas, and said who she was and where she was and then asked what it would take to get Fritos to Zambia. A few weeks later we  received two big boxes that contained twenty-four vacuum-packed tins (think coffee cans) of Fritos.

She gave two each to my dad, my brother, and me for our personal consumption and kept the rest in the kitchen to make Taco Salad, which we had every Satur day until the chips ran out.

When we moved back to Houston for good, we had it every Saturday.

The recipe is not hard: ground beef seasoned with taco seasoning, kidney beans, cheddar cheese, shredded lettuce, ranch dressing, and Fritos. I made it Saturday and we ate it all.

The other thing I have done this past week is puzzle. My mother liked jigsaw puzzles so much she made it a verb. Ginger gave me a puzzle of a VW bus for Christmas that came in a tin shaped like a VW bus because I have always wanted one. I did that puzzle last week. When I posted it on Facebook, a church member brought me a couple of others. Last night we started working on a puzzle of the doors of Paris–1,000 pieces–and I finished it The two puzzles brought back memories of the card table in our den in Houston that always had a puzzle working. I can remember coming in at night after being out with friends and then staying up way to late because I would get pulled in to trying to find just one more piece. Sometimes, Mom would join me. Both the kitchen and the card table were places where she met me and I felt at home.

I wrote a poem last week saying that a puzzle is not a good metaphor for life because there is more to living that getting all the pieces to fit. When I finished the VW puzzle, I rethought my poem because one piece was missing. I didn’t lose it. It was never in the box. I finished the puzzle and had to live with it being incomplete. I thought, “Maybe sometimes life is like a puzzle.”

But the puzzles this week have not been metaphors; they have been a way to live with my grief that has led to gratitude along with the sadness; in their own way, I suppose, an act of hope and not despair.