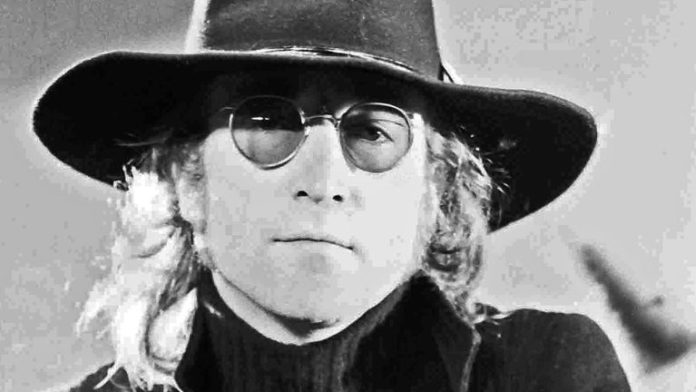 I was probably seven or eight when I started by records–forty-fives, singles. I’m talking 1963 or 1964. Every Sunday after church in Lusaka, we listened to Top of the Pops that was broadcast from the UK on Radio Zambia. I should say I listened. The rest of my family endured it. I couldn’t get enough.

To listen to the radio in those days meant to listen to the Beatles. I can remember the announcers teasing with the promise of a new single–a Beatles song we had never heard. “Nowhere Man.” “Paperback Writer.” “Help!” “We Can Work It Out.” “Hey, Jude.” Then I moved on to albums. Rubber Soul.

I still feel those songs in my bones.

We were back in the States my sixth grade year when Sgt. Pepper’s came out (I had the record the came with the paper cutouts) and then Magical Mystery Tour. Then the White Album. We were back in Kenya for Abbey Road and Let It Be. Once again, Top of the Pops played “Get Back” for the first time.

Then the Beatles broke up. And I blamed John (and Yoko) mostly because that is how the story was told. And my dad liked to bad talk John because he never forgave him for saying the Beatles were more popular than Jesus. But part of it was I connected more with Paul’s melodies.

I had to grow into John.

I was in seminary when he was killed. In the years that followed, I began to realize what we lost when he died: “Working Class Hero,” “Beautiful Boy,” “Instant Karma,” “Imagine,” “Give Peace a Chance (War is Over).” In the weeks following his death, I heard this song in a new way:

It’s still one of the songs I listen for each December.

Marking the fortieth anniversary of his death in the same week that Bob Dylan sold the publishing rights to his entire catalog for $300 million makes me mindful of how much John’s music, with or without the Beatles, has been in my life. Tonight, that is all I wanted to say.

I am grateful for the songs we have and saddened for the ones we missed.