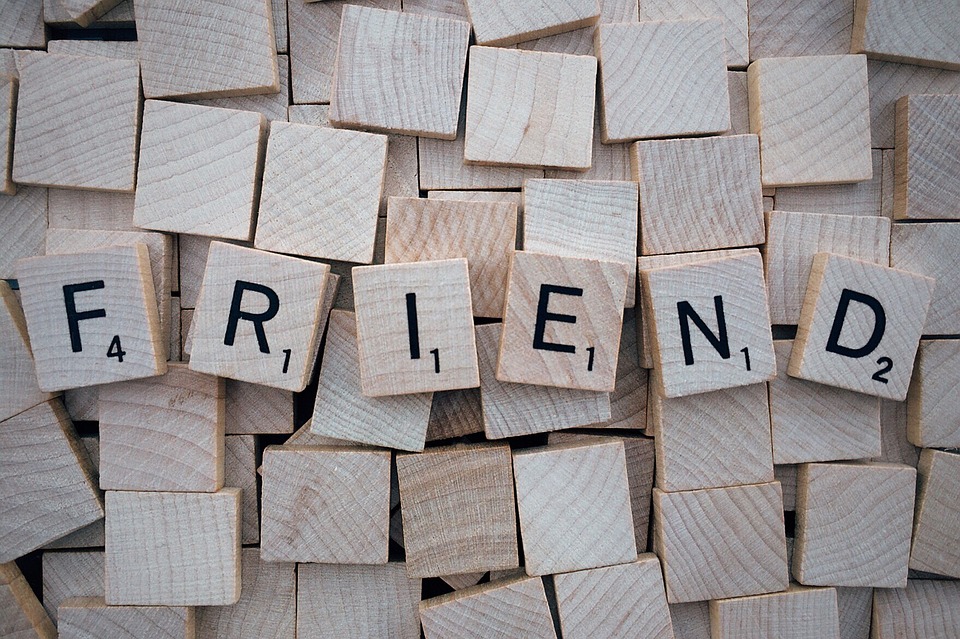 I preached again today at the First Christian Church, Congregational of East Haddam, Connecticut—a wonderful congregation. My text for today was John 15:9-17.

I was a high school English teacher for about ten years. One of the things I was determined to differently than those who had taught me was the way in which I helped my students encounter plays. My teachers had assigned us reading to do at home as preparation for class discussion, much the same way they did with novels; that approach works well for novels, but not for plays because you don’t read a play you watch it, or you perform it to fully engage the story. So when we came to Shakespeare in my classes, I assigned parts each day and got the kids up out of their seats and thinking about how they would move and encounter one another in the drama. I even taught them how to stage a sword fight using wooden dowels, which quite surprised my principal one day when he turned the corner and we were all out swashbuckling in the hallway.

I wonder sometimes if we need to take the same approach with scripture readings. Much like reading a play, we have to pay attention to the context to get a sense of how the words were being offered and received. Matthew 5-7 gives us what we have come to call the Sermon on the Mount. Matthew said when Jesus saw the crowds, he went up to the top of a mountain, sat down, and began to teach his disciples. Imagine them following him up the slope of the hillside from the Sea of Galilee until he came to a place where they could gather. Perhaps there was a gentle breeze blowing off the water. Jesus sat down and they gathered around him. At the very end of the sermon, Matthew says the crowds were astounded. People had continued to gather as he spoke, by the time the sermon was over, the hillside was covered with people.

Our reading from John 15 this morning is a part of a five-chapter discourse Jesus gave his disciples on the night before his crucifixion. It reads, in many ways, like his words in Matthew unless we put ourselves in the play, if you will. John doesn’t offer any stage direction, or give us any scene descriptions other than we know they moved from the familiar security of the Upper Room after what became their last supper together to the somewhat sinister sacredness of the grove of olive trees in the Garden of Gethsemane, their twisted branches casting shadows down into the Kidron Valley. There was very little light other than the moon. Perhaps Jesus sat down as he had done on the hillside. Or maybe they walked among the trees as he talked.

Jesus was not preaching to them. He was imploring them to pay attention. He was working hard to see if this ragtag group of followers had grasped what he had been telling them. So he gave them metaphors, he prayed for them, he prayed with them, he washed their feet, he gave them the bread and the cup that we will share this morning, and he spoke as clearly and directly as he could: “This is my commandment, that you love one another as I have loved you.” Then he gave them another word picture: there is no greater love than this—when a person lays down their life for a friend. I imagine he paused to let his words sink in, and then looked around the circle so he saw each person’s face. Then he said, and you are my friends.

What does it mean to be a friend?

A number of years ago, I heard an African pastor who was a guest preacher at a church in Texas. He began his sermon by pointing out a significant difference in the way Africans and Americans use the word “friend.” He said, “I was in a church recently where they welcomed visitors by saying, ‘There are no strangers here, only friends.’ as though an acquaintance is the same as a friend. In my country, friendship is something borne out of struggle, something that is demonstrated over time.”

Those in my life whom I call friend are people I can trust, people I can call on when I need help, people who let me share in their lives, people who work to stay connected. My definition is by no means exhaustive. We could go around the room this morning and add to it, I’m sure. I am also sure what would happen is we would soon be telling stories rather than offering adjectives or descriptions about what it means to lay down our lives for one another, much like I talked about how acting out a play was better than reading it. Our stories make our pictures of love come to life. Like this:

My father died almost five years ago in Waco, Texas, where he lived. He died early in the morning. I began to send out text messages to friends somewhere around 7:30, as best I can remember. Two friends from North Carolina, where Ginger, my wife and I lived at the time, happened to be in Dallas, which was about two hours away from Waco. They met me for breakfast in Waco before ten o’clock that morning. They laid down their plans for the day and came to find me.

Laying down our lives is not as much about dying for one another as it is about living for one another. It is going through our days looking for ways to lay down our lives, to live out our love for those around us in Jesus’ name by loving one another as Christ loves us. It means choosing to be connected over anything else. True friendship has some miles on it. Jesus didn’t call them his friends until the end. Friendship is love that has stood the test of time. It’s like James Taylor and Carole King sing,

you just call out my name
and you know wherever I am
I’ll come running to see you again
winter, spring, summer, or fall
all you have to do is call
and I’ll be there—you’ve got a friend

Jesus said he was telling his disciples all of these things so their joy would be full. The word for joy is the same one used to describe how the shepherds felt when they saw the baby in the manger, and how the women felt when they discovered the tomb was empty. When we love one another—when we befriend one another—we connect with the expansive and creative love of God that is at the heart of the story of our faith. In the middle of all that is wrong around us and within us, in these days of difficulty and uncertainty, in all that we have done and left undone, we are called to be friends, to love one another, so that we might know the joy of the Risen Christ in the dailiness of life—in the simple interactions that build trust between us.

As we gather once again to pass the bread and the cup to one another, let our gestures be promises that we will pass love to one another just as intentionally. Amen.

PS—Since I quoted the lyric, how can I not include the song?