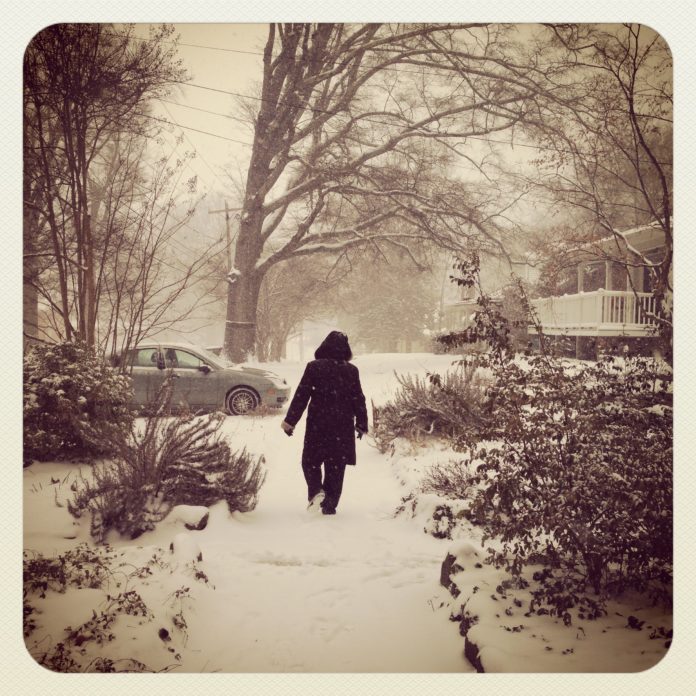 I had to go to New York two days in a row this week, which meant the long night was short for me and rode the train both ways in the dark. Winter in the Northeast is so much fun. As I walked the chilly streets to get to my office building, an old Simon and Garfunkel song crossed my mind.

I had some time before our meeting began when I got to the office, so I turned to Brain Pickings to help wake me up and remind me of our shared hope as humans. I hope I get to meet Maria Popova someday so I can say thank you in person. Not only does she make wonderful connections and point to amazing writing, but she ends each article with sign posts to other great things. This post about a children’s book that looks at the shortest day led to this post about another book on the solstice, which led to an article about Winter: Five Windows on the Season by Adam Gopnik, which led me to these words:

Human beings make metaphors as naturally as bees make honey, and one of the most natural metaphors we make is of winter as a time of abandonment and retreat. The oldest metaphors for winter are all metaphors of loss.

When we took a lunch break from our all-day meeting, I went outside so I could see some daylight and get out of the conference room. My office is on East 34th Street at the opposite end of the block from the Empire State Building and two blocks from Macy’s, which is Shopping Central. The street was packed with people. What I noticed as I walked is how many of them were grouped as they strolled—families, couples, friends—taking pictures, talking and laughing, enjoying the holidays.

I know nothing about the people I passed on the street. When it comes right down to it, I don’t know many details about most of the folks I work with, and they don’t know much about me beyond what happens to come up at work. I don’t mean to imply that we are not collegial, but our days are filled with things other than hanging out.

On the train home tonight, I read through the quotes I had saved from my morning meander, and came back to one by poet David Whyte:

[T]he ultimate touchstone of friendship is not improvement, neither of the other nor of the self, the ultimate touchstone is witness, the privilege of having been seen by someone and the equal privilege of being granted the sight of the essence of another, to have walked with them and to have believed in them, and sometimes just to have accompanied them for however brief a span, on a journey impossible to accomplish alone.

As long as I’m making Simon and Garfunkel connections, how could I not sing these?

when you’re down and out
when you’re on the street
when evening falls so hard
I will comfort you
I’ll take your part, oh, when darkness comes
and pain is all around . . .

The ultimate touchstone is not improvement, but witness.

Those words fill me with gratitude because they have names behind them. Stories. I hope that is what was happening in the lives of those I passed on the street. I hope they were making memories that will come back some other winter night when one turns to the other and says, “I remember that afternoon with you in New York.”

Those words make me hear Jesus differently when he says, “You shall be my witnesses.”

I was taught that meant I was supposed to go tell people things. But what if it means go befriend people: really see them, walk with them, believe in them, accompany them for whatever time you have on this journey we cannot make alone. It’s not about improvement; it’s about bearing witness.

In this deep and dark December, who are your witnesses? And for whom are you bearing witness? Who walks with you and believes in you? Who needs to hear that you see them and believe in them?

Okay—one more from Simon and Garfunkel.

The bridge that follows says,

A week away from my sixty-third birthday, its not so far-fetched. So, tonight, my winter companions, I will rest here, like the old friends lost in their overcoats, grateful to see and to be seen, to know and to be known, bearing witness like a badge of honor rather than a burden.