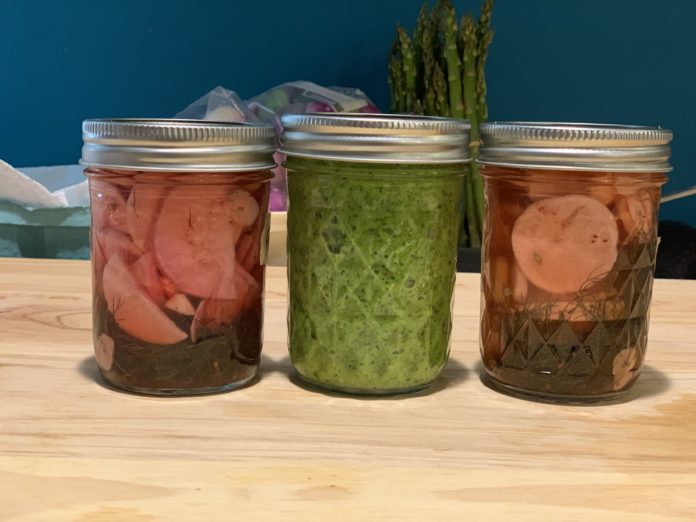 It’s not so much that I have had nothing to say as I have felt it was not my time to speak. I needed to listen and learn. I needed to help amplify voices that were speaking to me. Teaching me. Inviting me to a larger, more loving world. And I have been spending a lot of time in the church’s communal garden behind our barn, which has been both a place to meet life hands on as well as a metaphor for these days.

I love working in the garden because I get to watch food grow and then feed people with it. I garden by the just-plant-stuff-and-see-what-comes-up method, which is to say I have a lot to learn. My gardening buddy Tom is the brains behind our outfit. More than once I have pointed at things growing in one of the beds and asked, “Now what are those?”

I was the last in the garden the other evening and saw the top of what looked like a radish to me, so I picked it. Actually, I picked several, greens and all, and came inside to look for recipes, which I will share shortly. I sliced the radishes and pickled them and, thanks to encouragement from a couple of different websites, made pesto out of the greens.The next day, I brought out my work to show Tom.

“I made pickles and pesto out of the radishes,” I said.

He smiled. “Those are turnips.” Then he added, kindly, “But they are related.”

The garden, for me, is an humbling place, which is part of the reason I love it. Just when I thought I understood what was happening around me, I realized my perception was lacking. Things were not as I thought. And I also was able to make a small contribution, I suppose, in that I learned baby turnips can be pickled just like radishes and turnip greens make a damn good pesto.

We have a lot to learn in these days–and what we have to learn keeps changing. I’ll stop there rather than turn it into a “You see, Timmy” moment and move on to the recipes.

One of my favorite books about cooking is Michael Ruhlman’s Ratio: The Simple Codes Behind the Craft of Everyday Cooking because he does more than share recipes; he teaches you how to understand how things work together. When I started to make this pesto, I went looking for ratios because of what I learned from him, and because I had already learned from others that pretty much any green leafy vegetable or herb can be made into pesto.

The basic relationships between the essential parts of pesto are

A word about the cheese. Traditional pesto mixes the Parmesan in from the start, which works for me if you are going to use it right then. Most of the time I make pesto, I am not. Somewhere along the line, I started making mine without the cheese for a couple of reasons. First, you can freeze it. Second, I like to have the option to use it without the cheese. But the main reason is I think it tastes better to mix in fresh cheese when you get ready to use the pesto. 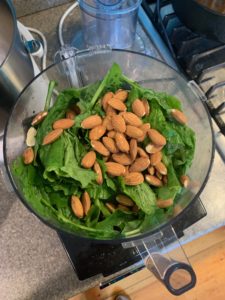 On to the recipe.

NOTE: If you want to add cheese, you would add 1/2 cup after you have pulsed the greens.

You can store it in the fridge for a couple of weeks. You can also freeze it.

Pickling is a way of preserving vegetables. Much like making pesto, there is no one way to do it other than to say you need vinegar, sugar, and salt. And something to pickle. My pickling experience has mostly been in making dill pickles when the cucumbers are ripe, with a couple of other less than successful forays into other vegetables. When I thought I had picked radishes, I found several recipes, most of which leaned into Japanese cooking where the pickling is more delicate than what most Americans know.

The more I read, the more I found people telling me to use what I had when it came to flavoring the brine; I could enhance the flavor of the radish/turnips with what else I put in the jar–spices, herbs, and aromatics. Again, I’ll do my best to not explain the metaphor.

The ingredients are what I had in my kitchen (I’m sort of a culinary hoarder), as well as what I brought in from the garden. The amounts are set by how many turnips I picked. 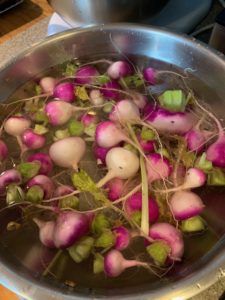 Heat the vinegars, salt, and sugar in a small saucepan over medium heat until sugar and salt are dissolved. Put the prepared turnips into jars (I used half-pint mason jars–jelly lars–and this recipe filled three of them), packing them in along with the other ingredients. I used

Pour the hot liquid into the jars until it covers the turnips. Shake the jars gently to let things settle and top them off. Put lids on and shake. Refrigerate for two weeks before eating them to get the full effect.

Some other things you could add: dried chiles, turmeric, dill, fresh peppers.

I have poured the pesto over pasta for lunch this week; the pickles are still a week away from tasting. Where these tasty metaphors have taken me is something I will keep chewing on. 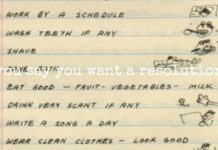