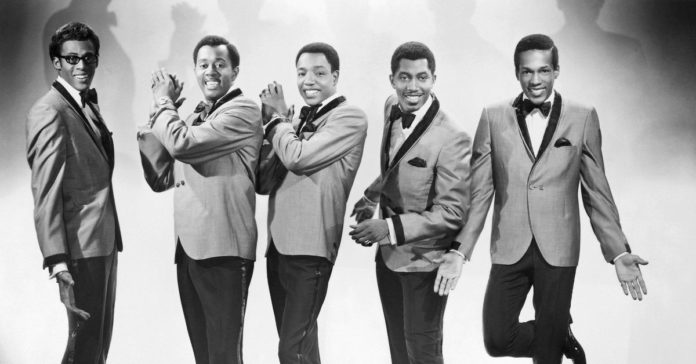 As I say in the opening paragraph of my sermon for the first Sunday in Lent, to preach about the temptations made me want to listen to the Temptations.

so, round and around and around we go
where the world’s headed, nobody knows
oh, great googa-looga, can’t you hear me talking to you
just a ball of confusion
oh yeah, that’s what the world is today

I’m not sure I cleared up much of the confusion, but here’s the sermon.

One of the great things about working on a sermon about the temptations of Jesus is that just about any time I sat down to read or think about it, I had a sudden urge to listen to Motown music. The Temptations have played in my head all week: “My Girl,” “Ain’t Too Proud to Beg,” “Ball of Confusion,” and “Papa Was a Rolling Stone.” I had an image of Jesus in the wilderness with backup singers.

It’s not how it actually went down in the desert, but it was a fun trip for me.

Luke says, “Jesus, full of the Holy Spirit, returned from the Jordan (from his baptism) and was led by the Spirit in the wilderness, where for forty days he was tempted by the devil.”

It’s an odd sequence of events: the Spirit led him into the desert to be tempted by the devil. The word “tempted” can also be translated as “put to the test” or “put through a trial.” That helps me because “tempted” sends my mind thinking about how much I think about getting an ice cream cone whenever I shop at Bishop’s Orchards, or how I can hear the Salt and Vinegar potato chips calling me when I’m in the supermarket.

Jesus has more at stake in this text than blowing his calories for the day.

We have talked several times about how often Jesus seems to be trying to get away from the crowds to pray. Perhaps that desire came from these days in the desert. On the heels of his baptism, he went off by himself to be with God and, in the process, he had to come to terms with himself.

The genius of the temptations is not that they offered Jesus a whole different life, or even a chance to run away from responsibility. What they offered was a different version of himself–a lesser version. Instead of one who would use his miracles to heal and to teach, he could use them for personal gain. Instead of speaking truth to power, he could ally with those in charge to gain power for himself. Instead of facing suffering, he could use his privilege to avoid it and be on easy street.

And the temptations were not a one-time occurrence. It was not as though Jesus never had to stare down these options again once he returned to town. We might stay the temptations stayed with him for the whole tour. The tests he faced in the wilderness were examples of what he faced almost every day: to use who he was and what he could do as a way to make his life more comfortable and powerful.

And, though we may not be able to make bread out of rocks, they are temptations we face as well because they are invitations to live as though life doesn’t cost us anything.

One of the shows I like to watch is Top Chef. It is a reality shows that brings young chefs from all over the country and they go through various cooking challenges to see who can come out on top. At the end of every episode, one chef is eliminated until only one is left standing. Each episode starts with a “Quickfire Challenge” that focuses on a particular skill or ingredient. The winner of that challenge gets immunity in the following “Elimination Challenge,” which usually involves preparing a larger dish.

It’s a big deal to have immunity, I’m sure. But here’s what I have noticed: the chef who has immunity rarely does well in the Elimination Challenge. Either they just kind of coast along or they decide to risk so much that they lose their sense of who they are. The chefs that shine are those who have something at stake.

We are truer to God and to ourselves when we live as though something is at stake.

Because something is at stake. The temptation to think otherwise is a lie.

After he came out of the wilderness, Jesus went to Nazareth, his hometown—another place where people had ideas about who he should be—and read these verses from Isaiah:

The Spirit of the Lord is upon me,
because he has anointed me
to bring good news to the poor.
God has sent me to proclaim release to the captives
and recovery of sight to the blind,
to let the oppressed go free,
to proclaim the year of the Lord’s favor.

By the time the service was over, they ran him out of town because he was not who they wanted him to be. Jesus went back to Galilee and, as the crowds gathered again and again, kept trying to get off by himself to pray.

He had to keep listening to the Spirit to remember who he was and what he was called to do.

I was talking with a friend this week because we are both facing challenges at work that are leaving us with some tough decisions. He quoted wisdom from another friend who said, “We either choose our losses or we lose our choices,” which resonates with Jesus’ words that we have to lose our lives to find them. When we are willing to risk beyond what feels safe or comfortable, we see things in ourselves and in our world that we did not see before. We create possibilities. One of the ways we plot the resurrection is by letting things die so something new can come to life.

That sounds simple and it’s not. To choose our losses is messy and painful and hopeful and scary. But it is also true and beautiful and hard. The forty days of Lent are symbolic of Jesus’ forty days in the wilderness. May these days define us as much as those days defined him. Amen.