These past few days have been filled with grief in the lives of some of those closest to Ginger and me. Though their stories are not mine to tell, I have been touched as well and reminded again of how much death and grief are a part of life for all of us. In the midst of it all, I had a chance to hear Patty Griffin sing last Saturday night at the Haw River Ballroom in Saxapahaw NC, which is a little town about twenty miles from Durham with an awesome music hall. She is touring her newest record, 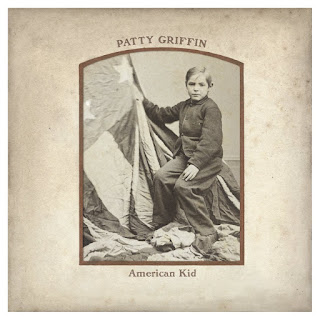 , which is a collection of songs she wrote as her father was dying.

“You can go wherever you want to go,” begins the first song — an offer of permission for a departure over which she has no control; as she continues, the permission becomes a blessing:

As I listened to the third track, “Ohio,” I couldn’t help but hear trickles of Jordan-like imagery as she and Robert Plant sang about the river I crossed a couple of weeks ago, crossing over between Ohio and Kentucky.

if the hounds are howling and you cannot hide
my friend I will meet you on the other side
no lines, no lines the river is a river not a line
my love is the water and it’s stronger and deeper than time

About three songs into most any Patty Griffin record and I wish I could sit down and talk to her about how the streams of faith and hope run through her life. I make no assumptions about whom or what she trusts, and I find my faith is strengthened by her questions and honesty and her incisive choices of words. The most challenging and, I must say, beautiful, theological image on the whole record comes in the fourth song, “Wild Old Dog.”

In concert, she talked about finding inspiration in seeing a pit bull running in the waving grass along the highway somewhere in Arkansas; at first, she was struck by his beauty and then realized someone had dumped him and, as she said, “he was done for.” What I hear in her song and the haunting image is the story of how God often gets left aside or behind in our darkest times, or even how some choose to see faith as something whose usefulness we outgrow, making this one of the saddest songs in the whole collection.

The palpable ache that comes with the absence of those we love is beautifully articulated in “That Kind of Lonely.”

Truly, she writes as one acquainted with grief. Well acquainted. And from her sadness, then, she tells stories, as one would do at a wake or the meal following a funeral: “Irish Boy,” “Faithful Son,”  and “Not a Bad Man” sing of the man she learned her father was as he told her stories she had not heard before. “Mom and Dad’s Waltz” and “Get Ready Marie” give melody to a marriage, the latter with quite a bit of humor. Here is a gifted songwriter a the top of her craft, using her gifts to articulate both pain and hope, telling her story as a way of telling the story of our lives and deaths, which is a journey of both grief and grace, offering us healing in the hearing and the singing along.

The last song, “Gonna Miss You When You’re Gone,” brings the collection to a close with a strong and intentional goodbye. She doesn’t wait for him to die to tell him how she feels; she is singing to a man who was still here, though we are hearing the record months after her father’s death. It’s been over a year and a half since my father-in-law died and hardly a day goes by that we don’t speak of him, or catch a glimpse of him in some irrepressible memory. Part of what helps in those moments mixed with sadness and gratitude is the sense that we said what we wanted to say to one another before he died. We do our best work when we stay current with one another, even when life doesn’t appear to be on the line.

is record filled with songs that take sadness seriously but not ultimately, which makes it a gospel record, as far as I’m concerned — hymns for disconsolate hearts, melodies that lead us into memories. These are songs to take to heart.