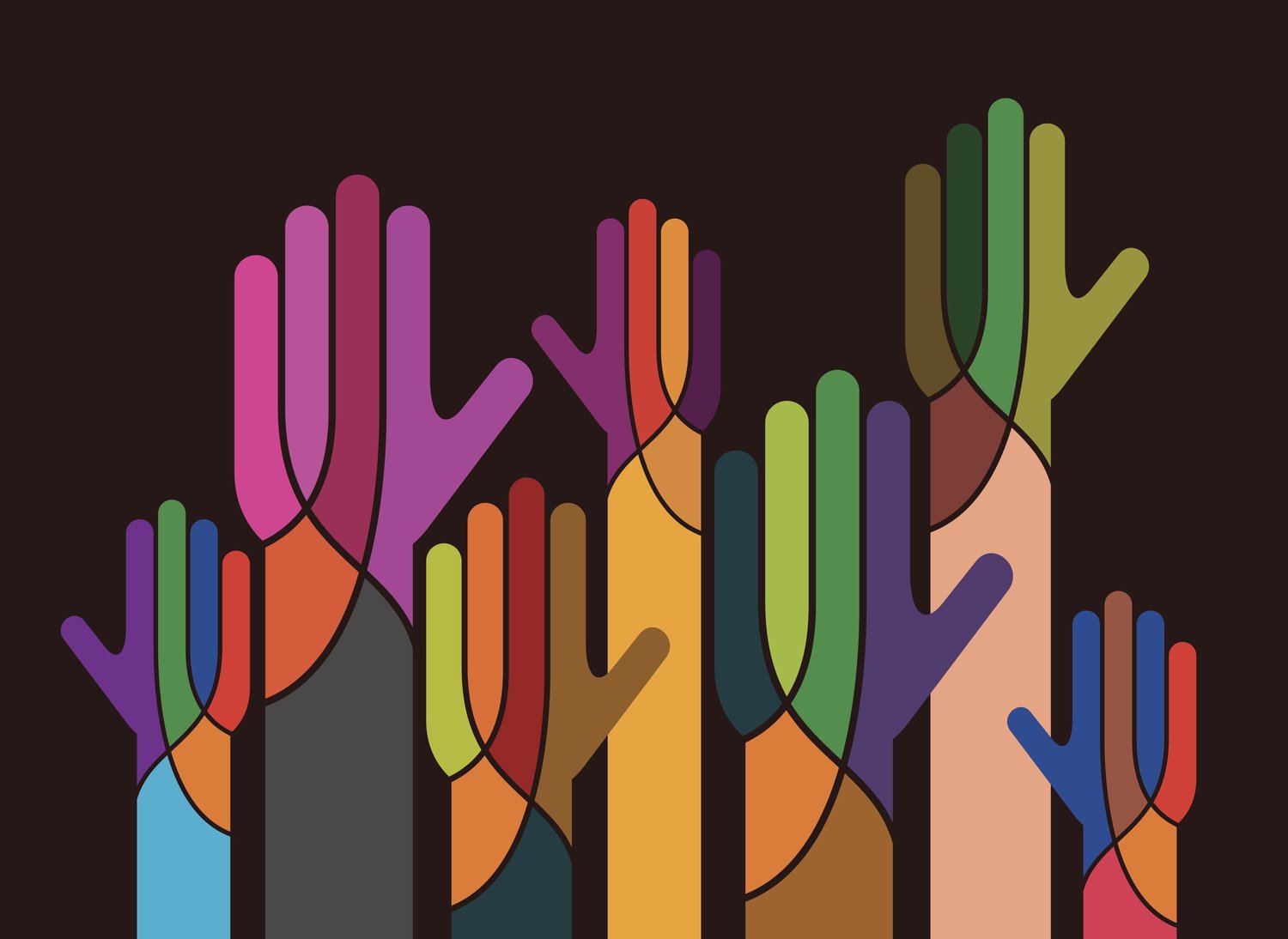 I want to say something before the votes are counted. I want to say out loud that my hope is not defined by those who make the most noise or create the most confusion. I want to share the words of those who are speaking to my despair, who feed my hope, who remind me that “us” includes everyone.

I read a meme yesterday with a quote from Cornell West that read, “I am not an optimist. I am a prisoner of hope.” I found out the words were taken from his 1993 commencement address at Wesleyan University right up the road from me in Middletown, Connecticut. Twenty-five years later, the words feel even more powerful:

Last, but not least, there is a need for audacious hope. And it’s not optimism. I’m in no way an optimist. I’ve been black in America for 39 years. No ground for optimism here, given the progress and regress and three steps forward and four steps backward. Optimism is a notion that there’s sufficient evidence that would allow us to infer that if we keep doing what we’re doing, things will get better. I don’t believe that. I’m a prisoner of hope, that’s something else. Cutting against the grain, against the evidence. William James said it so well in that grand and masterful essay of his of 1879 called “The Sentiment of Rationality,” where he talked about faith being the courage to act when doubt is warranted. And that’s what I’m talking about.

This morning, Rebecca Solnit published an editorial in The Guardian and said,

You don’t have to be oppressed or come from a history of oppression to stand with the oppressed; you just have to have a definition of “we” that includes people of various points of origin and language and religious belief and sexual orientation and gender identity.

Solnit pointed to these words by Michelle Alexander:

If we pause long enough and consider where we stand in relationship to the centuries-long quest to create a truly equitable democracy, we may be able to see that the revolutionary river that brought us this far just might be the only thing that could possibly carry us to a place where we all belong.

Every leap forward for American democracy–from slavery’s abolition to women’s suffrage to minimum-wage laws to the Civil Rights Acts to gay marriage–has been traceable to the revolutionary river, not the resistance. In fact, the whole of American history can be described as a struggle between those who truly embraced the revolutionary idea of freedom, equality and justice for all and those who resisted.

Last night, I got to hear my friend Christopher Williams sing. His song “Gather” hits some of the same notes.

Go vote. Please go vote. And then, whatever the outcome, don’t believe for a minute that the divisive drivel that passes for much of our public discourse is normal. Don’t believe that there’s not enough to go around. Don’t believe that fear is the strongest force. As my friend Hugh Hollowell says, love will win in the end; if love is not winning, it’s not the end.

My friend Paul Soupiset, who is an amazing artist, put his thoughts into this image, which I hope you will carry with you to the polls tomorrow. 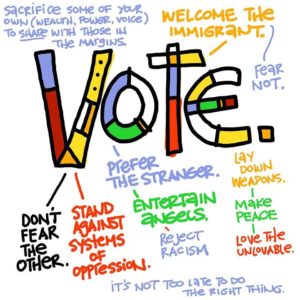 If I had a chance to get all of the people I have mentioned in this article to sit down at the same table, we wouldn’t agree on everything. To be together doesn’t mean to be in lock step. It does mean that my first move is to listen, rather that to demand to be heard. It does mean I trust that both life and faith are team sports and not individual events. There is no “them.” There is only US. That will still be true on Wednesday, regardless of the vote counts. We were built for each other. At the end of wedding ceremonies, I say, “What God has joined together, let no one tear apart.”