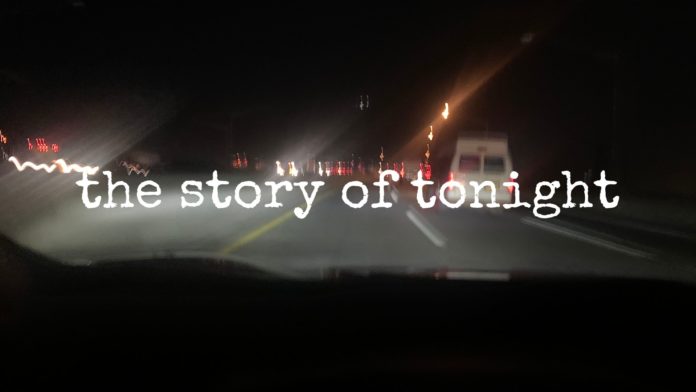 I planned for a couple of hours of driving late this afternoon. I had not had much reason to get out of the house today and driving a few people around New Haven felt like a good idea. Around 2:30 I drove into town, thinking I would start at Union Station. Sure enough, I was about four blocks away when the Lyft app pinged to see if I was available. I hit the purple “Accept” button and made my way to the station.

The man who got in was not going far. He lived about three miles from the station, straight down State Street. I dropped him off and wound my way back to the edge of the New Haven Green when I heard the ping once more. In a short time, they have trained me well to respond. The person requesting a ride was back at Union Station. I pulled in right at 3 o’clock and a man walked toward the car, accompanied by a woman and a little girl. I slid the bar in the app that lets it know I had picked up my charges and then I noticed when we were expected to arrive at their destination: 5:25.

I had signed on to drive to Linden, New Jersey, one hundred miles away; that should be a two hour trip. I looked at the map and saw a succession of red lines along the route, indicating traffic problems. I pulled out of the station and into the traffic.

We worked our way down I-95 to I-287 and then cut down the Hutchinson Parkway to the Sawmill Parkway to the Henry Hudson Parkway to the George Washington Bridge that took us across the Hudson River. They talked among themselves for the most part, other than to ask me if there was a way to charge their phones. As we moved from parkway to parkway, the arrival time kept moving as well. We crossed the GW at sunset, which was around five, and that was the one time I wished the traffic had stopped. The sky was completely clear and the last rays of sunlight–that amazing shade of peach and red and orange all layered into one another–colored the air that hung behind the skyline of New York and the Hudson.

It was awe-inspiring, even in heavy traffic and even when the app changed to say we wouldn’t get to Linden until 6:25.

Once we cleared the bridge and the logjam on the other side, the instructions on the map told me to exit to the Alexander Hamilton Rest Area. I asked the man if he had scheduled the stop and he said no, but asked if I needed to. It was then I figured out that the app knew I had been driving for almost two and a half hours and was designed to make sure I got a break. The family was also ready to get out of the car for a bit, even though we were only about forty minutes from their house, so we stopped. He asked if I wanted a coffee and I declined. I went to the restroom and came back to the car to call Ginger and catch her up on my adventure.

When the family returned, the man knocked on my window before he got in the back and handed me a cup of coffee.

I thanked him and we got back on the road. Something in the stop started a conversation. He kept talking.

“In India, if you are traveling with a driver, when you stop the driver is treated like family. He eats what the family eats and joins them.”

“I love that,” I said and thanked them again for the coffee. I asked what part of India they were from (“The north,” he said.) and how long they had been in the US. She and the little girl had come about eighteen months ago; he had only been here a year. He went on to say they had lived in Japan for eight years before coming here, so it had been a long time since they had lived in India.

“I speak Japanese,” the little girl said and giggled.

I asked if they came to New Haven often. What I learned is that she and the girl live there. He is in New Jersey for his work. They travel back and forth frequently. I let the rest of my questions go unasked because I didn’t want them to feel interrogated. He had questions of his own. He asked where I lived.

I told him and he followed up wondering why I had been willing to drive so far. I told him part of it was I was still learning how to use the app and didn’t realize what I had agreed to do, and part of it was I had time to do it.

“We feel like three hours has been a long time, but you have to do it twice. Thank you. I hope you can find someone to drive back that will make the drive home worth it.”

Suffice it to say Linden, New Jersey is not the reason they call it the Garden State. The traffic was heavy, even the shops looked industrial. We turned a couple of blocks off of the main artery we had taken from the freeway and into the parking lot of a weary apartment building. They got out and we said our goodbyes. I watched them go in the building and then I pulled back into the traffic to work my way home.

Because of the rest area, Hamilton was in my head, so I asked Siri to play it as I drove back across the Hudson. At first, I was playing around with the opening number because my name has the same number of syllables–

I played around with the verses for a few miles, amusing myself, and then kept listening to the soundtrack. A few songs later, as Hamilton and his pals sang together in the tavern, I heard their words in a new way because of my unexpected journey:

and when our children tell our story…
they’ll tell the story of tonight . . .

Whether any children tell it or not, it was fun telling you.