Last week at my church’s series on Poverty in Durham, one of the speakers said the biggest difference between those who hit on hard times and end up homeless and those who hit upon hard times and do not is the latter have a network — they have people to turn to who will help them out or take them in. As I have said before, life is a team sport. We need each other. Desperately.

I thought about her words as I wound through the Smoky Mountains on my way back to Durham from Nashville where I spent the last four days with friends. I started to say I was there for book-related events, but the real reason I was there was because of friends who asked me to come and talk about the book, or to cook dinner, or both. My soundtrack for much of the trip was a record called “stone water wood light” by my friend, Christopher Williams, who was the main reason I went over the mountain in the first place. The chorus of one of the songs says

That’s exactly what happened to me, thanks to the man who was singing me home. Christopher called about two weeks ago and did more than invite me. He told me about an “evening of extravagant hospitality” his church was planning to surprise their pastor on the occasion of his ordination, and he told me about Evie Coates, who was cooking the dinner, and then he said, “I want you to come and bring your book and be a part of the evening.” Then he spent another fifteen minutes talking about other ideas he had about how to help me get the word out about Keeping the Feast

. I put the word out that I was coming to Nashville and two other friends opened their homes. Joy and Todd Jordan-Lake not only hosted a chili supper and gave me a place to sleep, but also made connections at Downtown Presbyterian Church in Nashville. Lynnette and Sam Davidson opened their home for a Sunday night gathering and invited their friends. My weekend was wall to wall.

Friday night, one of the people at the chili supper asked what I had learned from the experience of writing the book. Had I known of Christopher’s song at the time, I would have said, “I have learned what it feels like to be seized by the power of great affection.” The only words I had were to say I had been overwhelmed by unsolicited encouragement. (I like the phrase, it just doesn’t sing as well.) I am both grateful and amazed by the way people have taken chunks of their lives and spent them on me. None of those who welcomed me this weekend were sitting around with big holes in their lives waiting to be filled. They made room. They made time. They offered grace with skin on. And they seized me with their great affection. 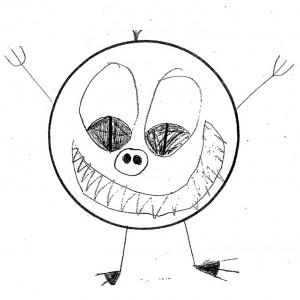 Sunday at Downtown Church, Ken Locke preached on the Prodigal Son using an artistic interpretation of the parable provided by one of the children in the church. For Lent, they are letting the kids draw the covers to the worship guides. Ken said the class had talked about hugs as a way to show love, and so the artist drew a picture of the father welcoming back his once lost son and Ken talked about the “hugs and kisses crazy love” of God — the power of great affection. When the young man had squandered everything, he had somewhere to go, someone who loved him no matter what.

I traveled over the mountains to the far country because of friends determined to incarnate their crazy love by including and encouraging me. I came home tonight to Ginger the crazy love that has sustained me for almost twenty-three years. In between, I listened to Christopher sing and watched the clouds embrace the mountains and glided home on gratitude.

Me, too, Christopher. Me, too.